LTC, BNB, TRX, and Others Can Make This a True Altcoin Season — How Can Bitcoin React?

Jack Thomas
☀️?Since the Crypto Winter started thawing, all the main action has come from altcoins, and now a few are breaking key moving averages 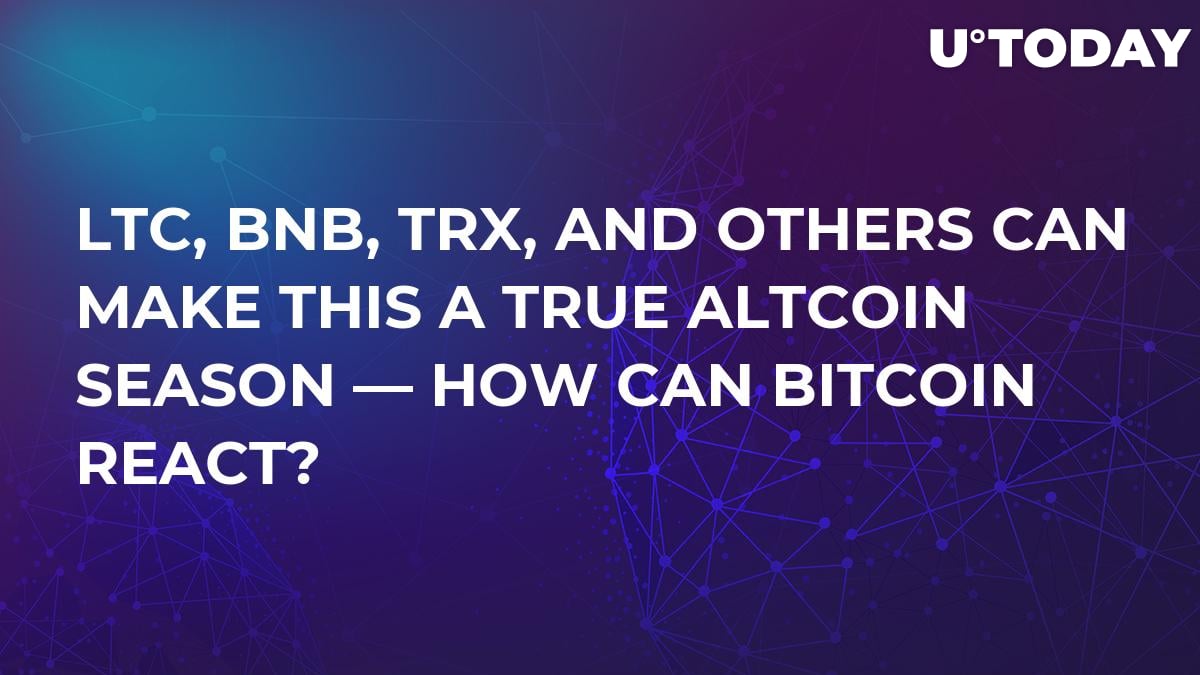 While the cryptocurrency market may not be fully bullish and breaking new records in terms of gains and growth, one thing that seems to be apparent is that the total bear market is starting to draw to a close. There has been a lot more positive sentiment in the past few weeks and months.

A lot of this has had to do with a few altcoins putting on good performances in the market. Thanks to positive news with a number of top 20 coin projects, their own token value has been rising – as well as importantly staying up.

Now, there is technical analysis that suggests that coins like Litecoin, Tron and Binance Coin, as well as lesser-known Maker, are trading above their 200-day moving averages, a development typically considered a sign of a healthy market.

This is good news across the board, but what is interesting to keep an eye on is whether Bitcoin will manage to keep up, outdo the altcoins, or potentially start falling behind, enforcing a true altcoin season.

Of the top 20 largest cryptocurrencies by market capitalization as per CoinMarketCap, both the BTC and USD pairs of Litecoin, Binance Coin, Tron, and Maker are currently trading above their respective 200-day moving averages.

A moving average is simply an ongoing calculation of the closing prices of an asset over a specified period of time, but is also a tool traders use to gauge the asset’s trend direction as well as support and resistance levels.

These positive moves by top ranked cryptocurrencies are thus reinforcing the notion that the cryptocurrency market is heading towards spring again.

However, Bitcoin, as the head and the mover of the cryptocurrency market, is still trading below its own 200-day moving average, which could also be a reason why people are skeptical of flooding back into the market.

It is still early in the supposed Crypto Spring, but with altcoins making the biggest movements and helping prop up the market, one could assume that the market is heading for another altcoin season.

The last one was seen soon after Bitcoin’s All Time High as the remaining coins caught the tailwind of that astronomical growth, but things could well be reversed here if a few more major altcoins catch up and can cross their own 200-day moving averages.