Alex Dovbnya
Charlie Lee is now focusing on the merchant adoption of LTC, trying to leave behind the loud controversy 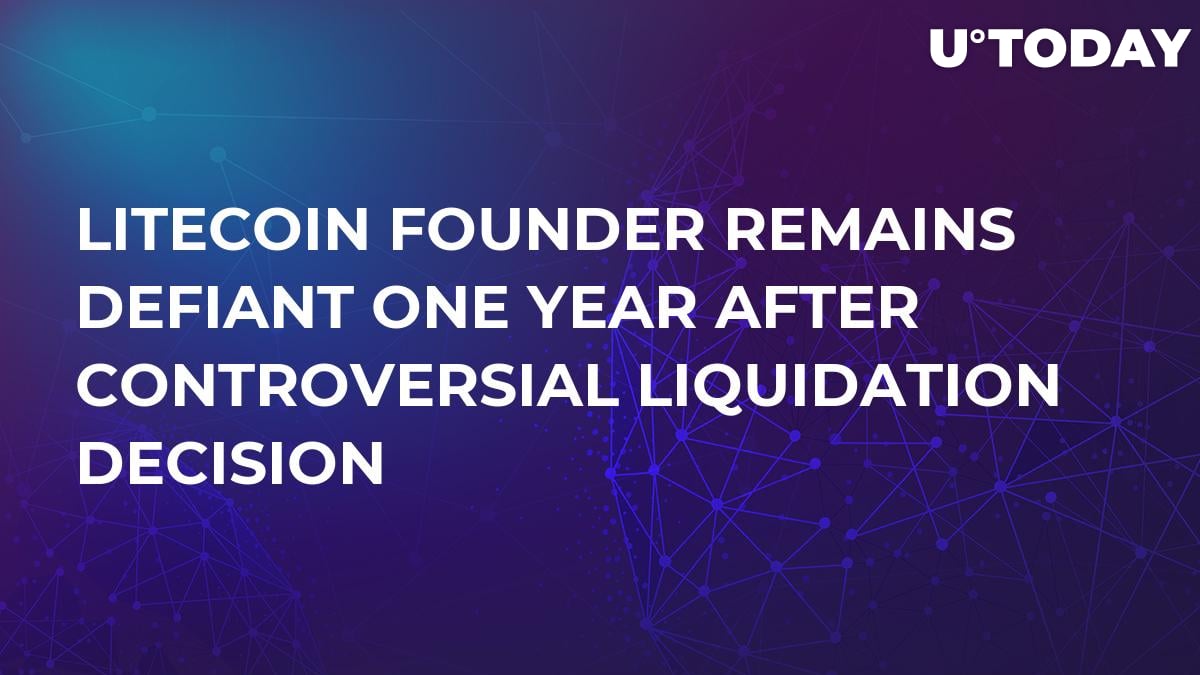 In his recent interview, Litecoin cofounder Charlie Lee discussed the current state of the top 10 coin that rose to prominence as an early Bitcoin rival. Lee makes it clear that he’s tired of the liquidation talks, making merchant adoption of LTC his current top priority.

On Dec. 20, 2017, Lee caused an uproar in the Litecoin community, selling off all his LTC holdings at the market peak when the coin’s price reached its current ATH of $375. Naturally, there was a knee-jerk reaction to accuse Lee of having some sort of inside information that helped him jump ship right on the cusp of the market crash. LTC has been in a freefall since the liquidation with its current price sitting at $31.89 (more than a 90 percent drop in total).

Taking off our tinfoil hats

Putting all conspiracy theories aside, Lee says that investors are wont to put the blame on someone when they lose money. Everyone was certain that Litecoin would be able to breach the $1,000 level, but Lee was able to see through the ubiquitous euphoria of one of the biggest bull runs in history.

Does it make Lee look bad? Yes. However, investor Aaron Brown states that ‘it’s fine’ for an investor to make such a U-turn after something becomes worthless. The Litecoin CEO doesn’t disclose how much exactly he had sold, but he claims that he was already rich before the liquidation even happened.

While the liquidation controversy is still whirring away in the background, Lee believes that there are more important issues, such as the merchant adoption of Litecoin that has been witnessing a steep decline since January. Particularly, he has been cooperating with HTC – the Taiwanese phone manufacturer has recently rolled out the first Blockchain smartphone called Exodus.