Yuri Molchan
Several days after John McAfee's arrest, U.Today decided to recall his extraordinary adventures in the crypto world, his pranks and the crypto projects he took part in 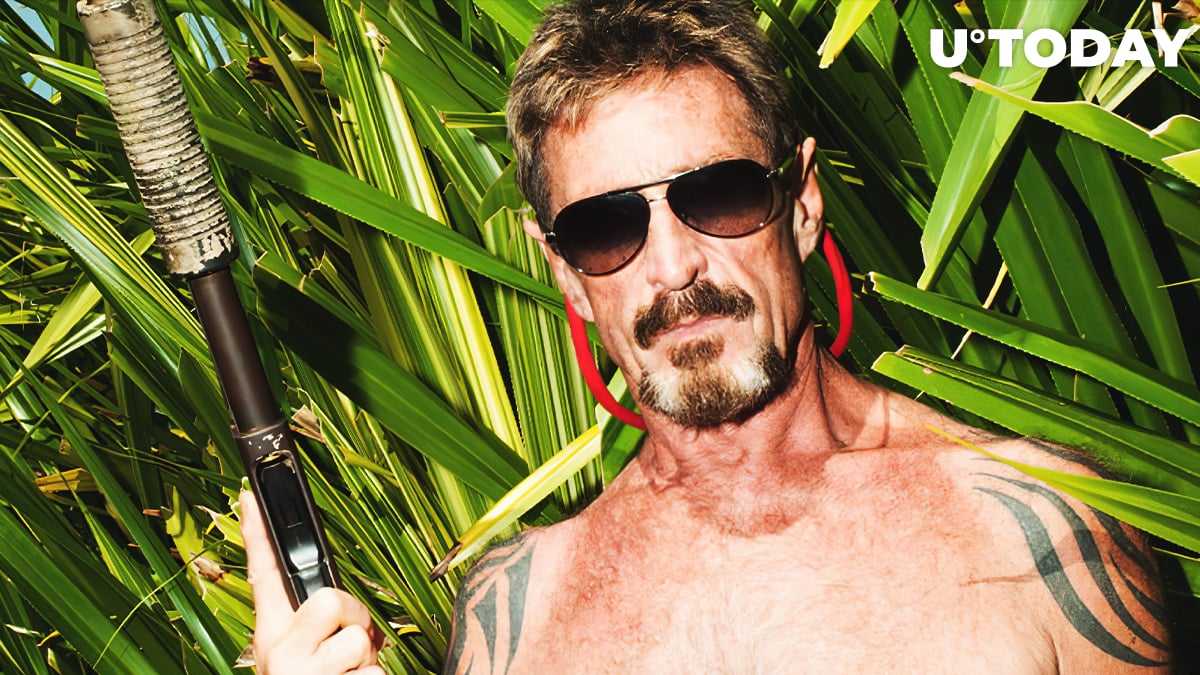 On Oct. 5, the U.S. Department of Justice issued an indictment against crypto baron and libertarian John McAfee for avoiding filing tax returns for several years.

The former antivirus mogul and crypto advocate was taken into custody in Spain and is now awaiting extradition to the U.S. in prison.

His wife Janice has just posted news from him: a note, in which he shares his impressions of prison and his cellmates.

Not the first time McAfee is in jail

The first time John McAfee was in prison was in 2012—when he was arrested in Guatemala on what he later called "semi-false charges." That was preceded by several years during which a younger McAfee toyed with drugs (LSD, DMT, etc.) and set up the antivirus giant McAfee Associates, later known as McAfee, LLC, in 1987.

Back in those days, some of the largest U.S. businesses used McAfee antivirus software.

After leaving prison, John became an active supporter of Bitcoin, the cryptocurrency industry and blockchain.

On his Twitter account, McAfee started promoting various crypto projects and ICOs, even creating the so-called "McAfee effect" when the coin he shilled went up in price the following day.

One of his favorites was Docademic coin (MTC). In a conflict between the Docademic CEO and BitMEX exchange, McAfee took the side of the former and sued the crypto platform in summer 2018.

Crypto projects that he and his wife, Janice McAfee, worked on in 2019 and 2020 include SkyCoin and Zombie Coin.

Apart from that, McAfee launched his own Ethereum-based decentralized exchange, "McAfeeDEX" and WHACKD token (which stands for "Epstein Didn't Kill Himself") in the memory of Jeffrey Epstein, a U.S. financier convicted of sexual abuse, who committed suicide in his cell. Many, however—including McAfee—believe he was murdered.

Before his arrest in Spain, John McAfee was working on theGhost project—a smartphone data service that promised to make your phone untrackable by authorities. McAfee also mentioned that a samename coin would be created too.

Finally, he decided to give up on that project and left the team.

Just recently, Janice McAfee posted a message from John, in which he describes the prison he is staying in while waiting to be extradited and given into the vengeful hands of the U.S. IRS.

Apparently, the former Bitcoin advocate is having a fascinating time, has an ambassador's drug dealer as his cellmate and spends most of his time with his back to the wall.

I was able to speak with John today. He is still in good spirits and wanted me to share this message with all of you. pic.twitter.com/nr3d4S6LCI

When McAfee was arrested, the investigation showed that he had earned around $23 mln in USD and crypto for shilling ICOs and for his consulting work in the sphere of crypto and IT security.

He kept that money in bank accounts and crypto exchange accounts owned by nominees. He also owned real estate, a luxury car and a yacht.

When he explained his unwillingness to pay taxes, among other reasons McAfee said that he had not been making a profit since he sold McAfee Associates to Intel.