McAfee to Sue HitBTC Exchange, Preparing to Release His Own Coin 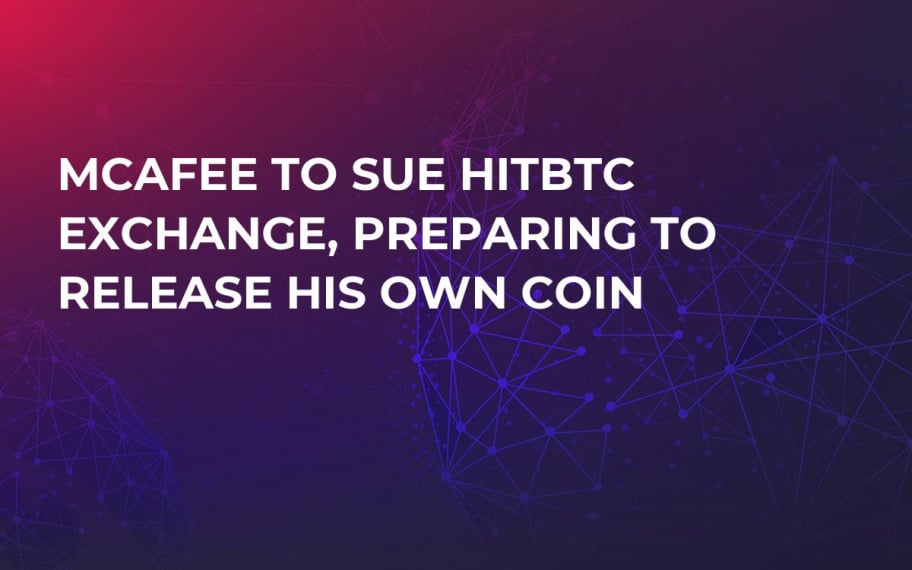 At various times, John McAfee has been, probably, the most controversial figure in the cryptocurrency world. He has been making coin- and ICO forecasts on his Twitter account until the US Security and Exchange Commission (SEC) put an end to it.

Following the so-called“McAfee effect” the coins he praised would indeed go up in price.

However, this time he has chosen a different strategy– after putting claims forward to the HitBTC exchange regarding the Docademic coin and being ignored, the man decided to fight in the sphere of the law.

HITBTC has not responded to our requests. We are preparing a legal complaint against HITBTCs service provider and against HITBTC. If you have an issue with HITBTC, then please send details to:

Preparing to enter the war zone

It is yet unknown when Mr. McAfee intends to file charges, however, he is collecting additional information from anyone who was affected by HitBTC services as is seen in the tweet. The man claims that the exchange is “anti-people” since it has shut down free health access provided through the Docademic crypto platform.

It must be said, though, that the glorious antivirus creator did not go to court straight ahead. First, he exchanged war tweets with HitBTC for a while. Then he emailed them eleven times but got no replies, becoming unsatisfied.

The reason for war

The cause of his actions in this direction, according to McAfee, is that crypto exchanges work with banks and have to obey governments.

He believes that in order to fight the evil and despotic government systems, first their loyal crypto dogs, exchanges, must be dealt with.

HitBTC, he believes, is the worst among them.

However, the trading company did reply to his first tweet, sending McAfee back a get well card.

McAfee and his wallet

Lately, as promised earlier, the “crypto lord” released an “unhackable wallet”, called Bitfi. The first shipment of it, he claims, was sold in over a minute.

He also promised to create a McAfee coin last month. Experts believe that he is looking for a way around the SEC prohibitions before the coin sees the light.