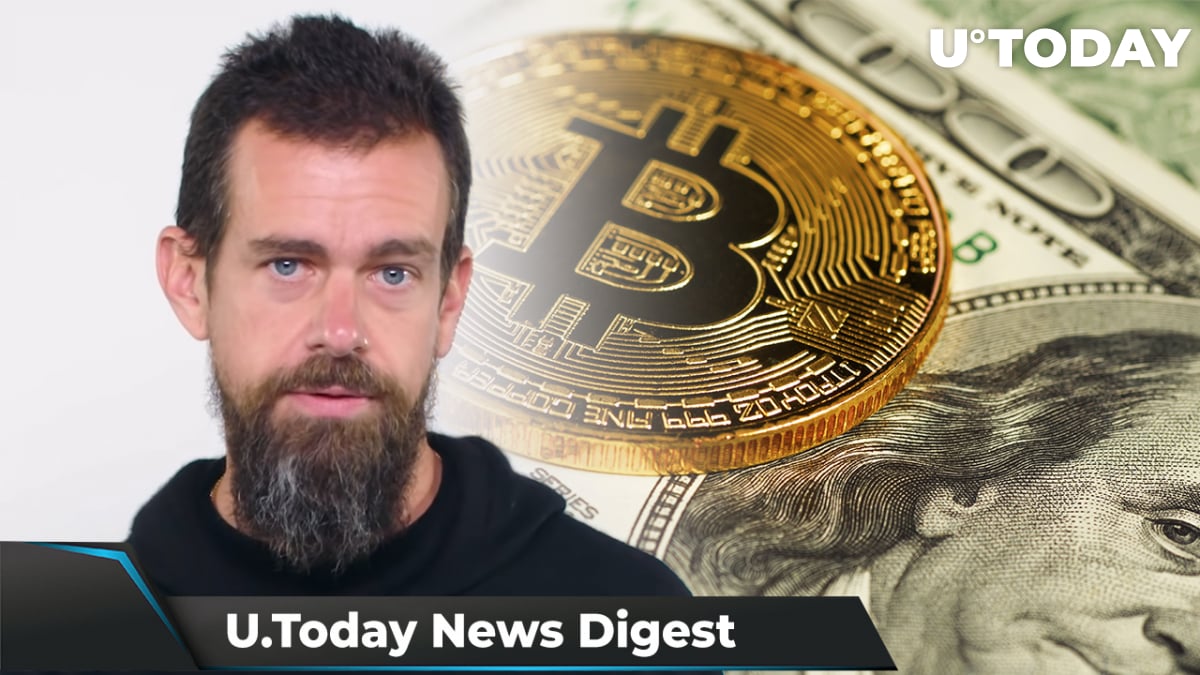 U.Today presents the top four articles over the past day. Don’t miss anything important in the crypto industry!

Yesterday, the Twitter crypto community witnessed a conversation between former Twitter CEO Jack Dorsey and famous rapper Cardi B. The celebrity asked her followers whether they think that crypto will replace the U.S. dollar, to which Dorsey replied “Bitcoin will.” The Twitter interaction between the two attracted lots of attention from crypto influencers, such as Dennis Porter and Billy Markus, the Dogecoin creator. The latter responded to Cardi B’s question by posting a meme about how DOGE is more stable than the U.S. dollar.

As reported by U.Today, the number of SHIB holders has reached a new record and now totals more than 1,075,000. However, the most interesting thing is the composition of investors storing Shiba Inu tokens. According to the latest on-chain data, mid-term wallets currently account for 86% of all holders on the chain. With the increase in mid-term holders, the volatility of Shiba Inu is already decreasing significantly, with average daily volatility reaching 5%.

According to Whale Alert, after eight years of being dormant, a wallet containing 321 BTC has become active. The Bitcoin stored in the wallet all these years has surged 2,290 times by now, turning the worth of the crypto from $6,594 to an eye-popping $15,103,046. Some Twitter users suggested that this wallet activation can be explained by many reasons - from Satoshi Nakamoto deciding to return to being a patient investor to someone simply recalling their seed phrase for their Bitcoin wallet.

On Monday, Dec. 20, a whopping 34 billion SHIB worth $1,002,526 was purchased by a cryptocurrency whale dubbed "Tsunade." The transaction was made from a CoinOne 2 wallet, likely belonging to the CoinOne exchange. According to Whalestats, the address is currently holding a total of $61,928,352 worth of SHIB. However, the crypto that dominates the holdings in this address is Dogecoin; the whale owns $914,975,810 worth of DOGE. The total value of crypto held in this wallet is $1,042,285,522.