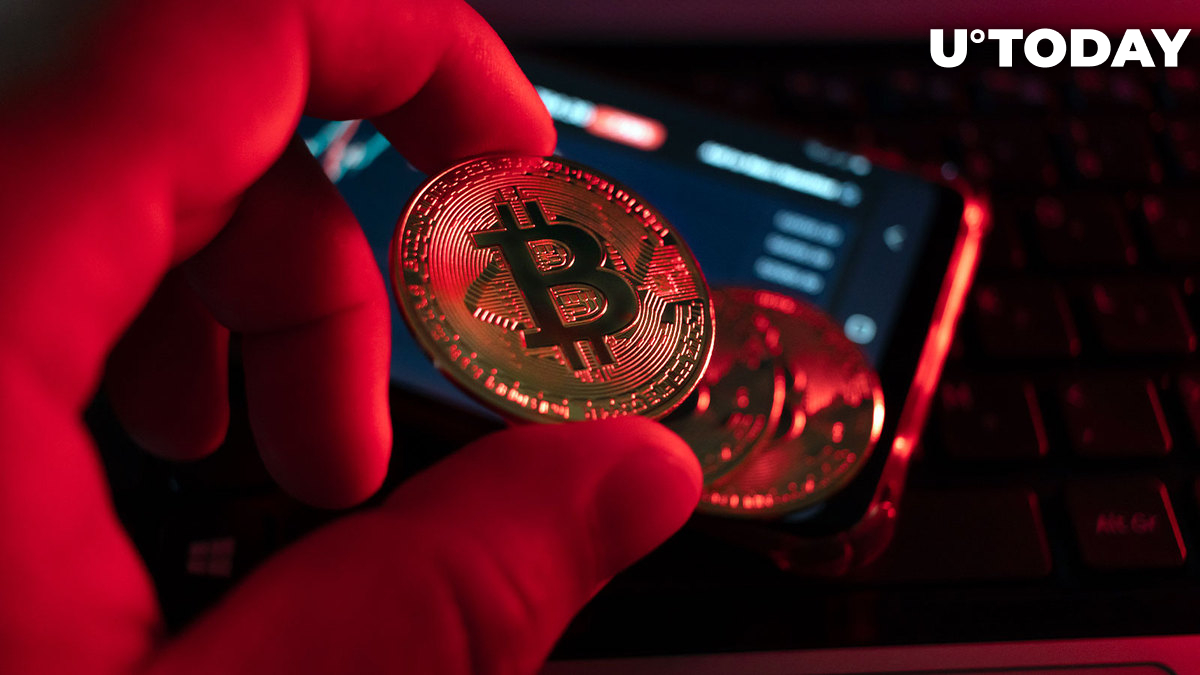 According to the daily chart of the cryptocurrency, Bitcoin might be aiming at another retest of an important price level that keeps the digital gold from entering another bear cycle, which looks like the next logical target as the first cryptocurrency failed to gain a foothold above $25,000.

Bitcoin has been moving in the ascending wedge for more than a month after dropping below $20,000 back in June. Since then, the first cryptocurrency gained more than 25% to its value with spikes to a 30% price increase.

Unfortunately, there was one pattern that kept the entire market cautious, which is the descending volume profile and suggested that the current trend has no support of traders and investors behind it. At some point, it might end with downward volatility when the market faces strong selling pressure again.

The exact point of the reversal would be a drop below the lower border of the wedge at approximately $23,400. Luckily, the threshold correlates with the important support level of the 50-day moving average that usually acts like a guideline for trending assets.

As for now, there is nothing left but to wait and watch the course of events this week. In addition to the aforementioned negative factors around Bitcoin, we are not seeing a spike in institutional inflows that usually act as fuel for the rally of the first cryptocurrency.

On the bright side, the short-term rally on the cryptocurrency market has shown that the sentiment around investors remains positive despite the most recent plunge to $17,000 that caused the return of panic and desperation to the market.