Yuri Molchan
Bytecoin has not been in favor recently, dropped by Binance too 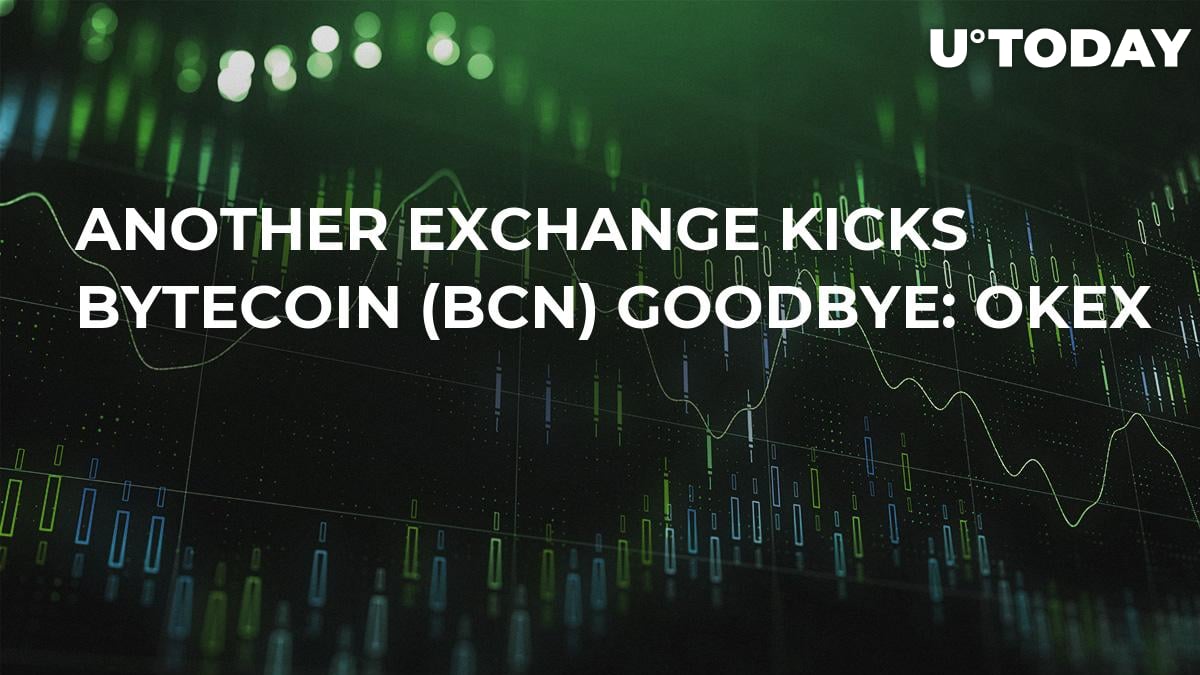 A few hours ago, the OKEx team tweeted about delisting Bytecoin (BCN) from trading. The exchange team explained this move by problems with a technical trouble ignored by the BCN creators.

According to the OKEx technical support page, all pairs with the coin are to be dropped on Friday, 19:00 HKT. The exchange team recommends that all users cancel their trades with BCN or it will be done for them with the coin credited to their accounts later.

The OKEx message also stated that all BCN holders have the time to withdraw the asset until November 1. After that date, the exchange will not support this coin at all.

Binance got there first

Earlier this week, U.Today reported about Binance also delisting four coins. Bytecoin is among them. The event took place on Friday, 12:00 a.m. The other three coins the world’s largest exchange dropped are ChatCoin, Iconomi and Triggers.

Binance has given the holders of these coins two weeks longer than OKEx – the final delisting to take place on November 12.

Related
Will Next Financial Crisis Bring a Boom to Bitcoin?

Right after Binance stated the future delisting, the rates of BCN, CHAT, TRIG and ICN slumped. This downward movement was fueled by the overall recent drop of Bitcoin, the father of crypto.

The response of the crypto community in Twitter was negative. Many believe that the governments are putting pressure on Bytecoin because this asset has all chances of overtaking BTC.