Alex Dovbnya
The Indexica study proves that Bitcoin has already become a full-fledged asset class, which is the main reason for its price growth 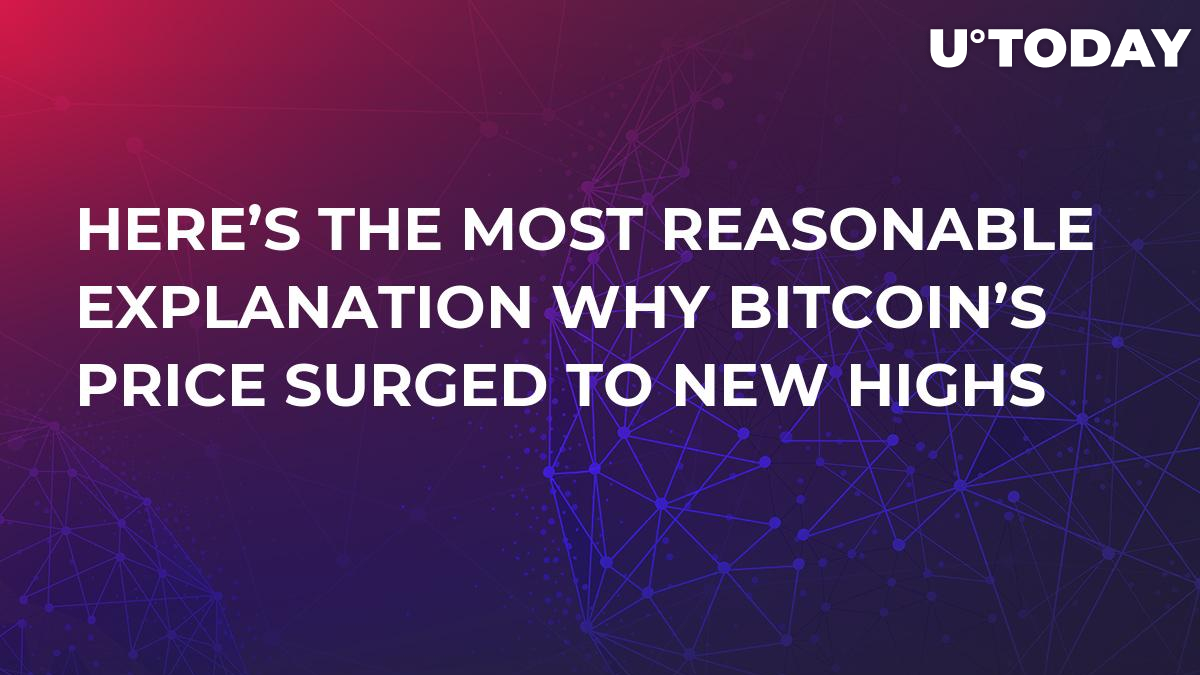 The cryptocurrency community was dumbfounded by Bitcoin’s recent rally that sent its price above the $8,000 mark. According to data provider Indexica, the fact that crypto is maturing was the main catalyst for the growth, Bloomberg reports.

Bitcoin is an adult now

Over the past few weeks, there have been countless theories about Bitcoin’s meteoric rise – from crypto whales trying to pull off a pump-and-dump scheme to stars (literally) aligning in the sky. However, Indexica, which analyzes large amounts of natural language data, concluded that there is a stark contrast when one compares the way Bitcoin was described in the past and now.

Bitcoin, which first became known as the darling of the dark web, now attracts the attention of academics and financial professionals, according to Indexica. For instance, as reported by U.Today, it became a hot topic on yesterday’s episode of CNBC’s Squawk Box. That essentially proves that Bitcoin is treated as a full-fledged asset class that rivals traditional means of investment.

Another important revelation is that last month, the majority of Bitcoin-related conversations were conducted in future tenses, which also had a sizeable impact on the Bitcoin price. Moreover, the ‘futurity’ metric, according to Indexica CEO Zak Selbert, signals that the price rally will continue in the future.

Think about it, executives will speak of good things they expect to happen on conference calls before they happen. They only mention mistakes afterwards,” said Selbert.