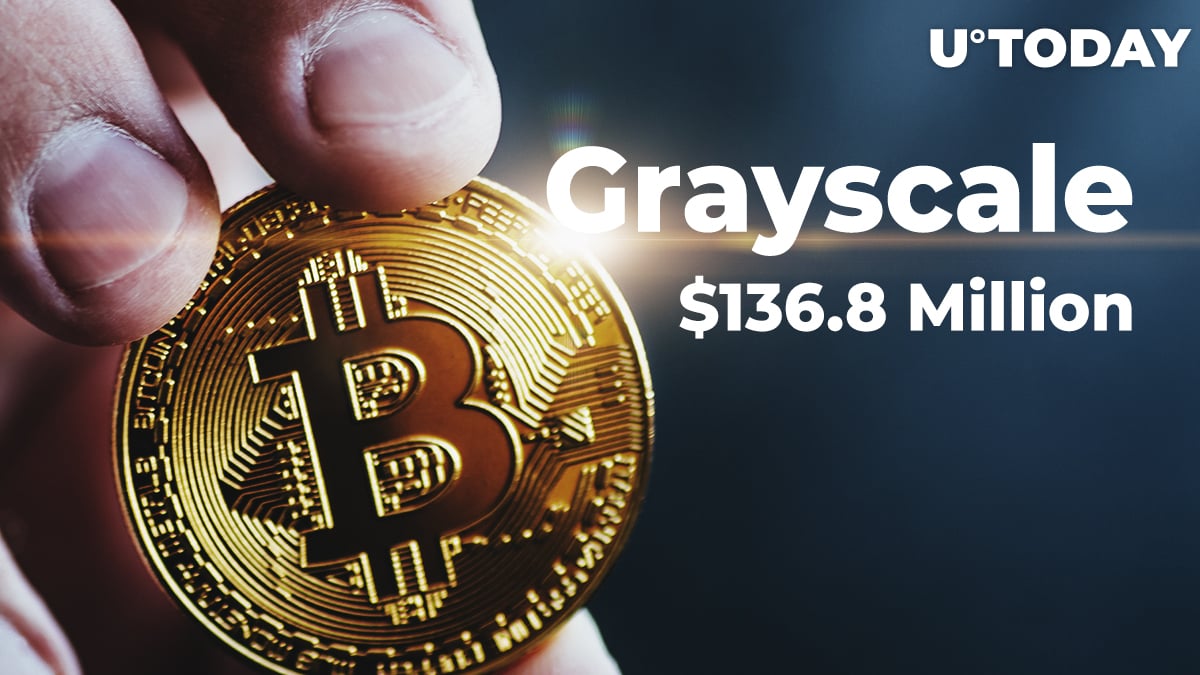 According to the data from Bybt, during last week, Grayscale Investments fund acquired another 7,351 Bitcoins, worth a whopping $136,816,076.

This is happening as large institutional players are showing bigger interest in digital assets and Bitcoin in particular.

One of them is Count Guggenheim Partners LLC that considers allocating ten percent of its capital in Bitcoin via Grayscale.

Grayscale absorbs almost $140 mln in BTC in a week

Data shared by the Bitcoin futures trading platform Bybt says that over the past seven days, Grayscale Investments fund acquired another substantial amount of BTC – 7,351.

Over the past thirty days, the amount of Bitcoin gained by this major fund working with financial institutions totals slightly more than 55,000 BTC.

Just now, speaking to CNBC’s Squawk Box host, Grayscale managing director Michael Sonnenshein stated that if the fund inflows at Grayscale are any indication of the type of players who are interested in Bitcoin now, then Bitcoin acquisition by institutions is just getting started.

Guggenheim Fund eyes putting 10% of its reserves in GBTC

The fund has approximately $5.3 billion under its management and it eyes putting ten percent of this amount into the flagship cryptocurrency, Bitcoin. That’s $500 million.

The company’s filing, though, insists that Guggenheim wants to invest in Grayscale Bitcoin Trust shares in particular. No other option would suit it.

“Except for its investment in GBTC, the Fund will not invest, directly or indirectly, in cryptocurrencies.”

Grayscale has been absorbing substantial amounts of Bitcoin this year as financial institutions became open to BTC.

On November 20, U.Today reported that Grayscale had acquired more than $188 million worth of Bitcoin in just a single day.

A day earlier than that, the fund tweeted that the total amount of assets in cryptocurrencies in its management surpassed ten billion USD.

Also, according to the data from Skew analytics supplier, the daily amount of GBTC trading on over-the-counter (OTC) markets is equal to more than $400 million.