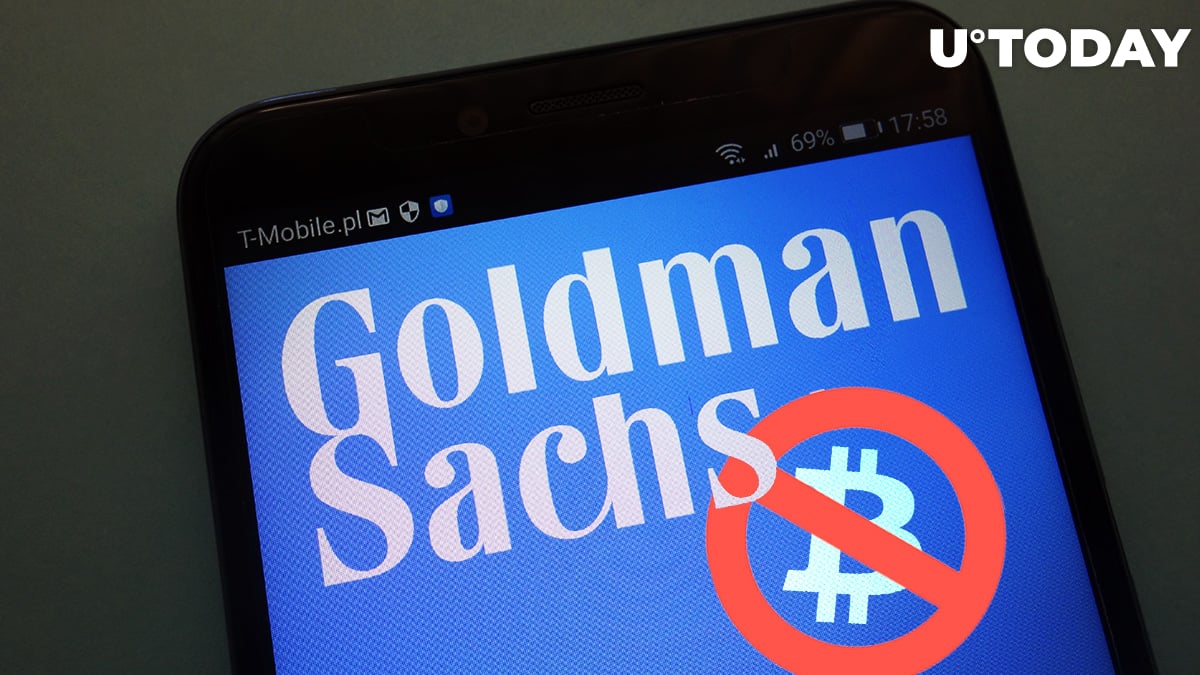 While commenting on the note the banking giant Goldman Sachs took while discussing Bitcoin with its clients yesterday during a conference call, Charles Hoskinson stated that Bitcoin could ultimately put the bank out of business.

For this reason, he said, Goldman Sachs keeps advising its customers to not buy BTC.

Goldman Sachs bashes Bitcoin in front of its customers

A while ago, Goldman Sachs announced a conference call with its clients, on which the bank’s top executives intended to talk to the investor-customers about Bitcoin and gold.

The call took place on Wednesday. However, instead of changing its mind on the flagship cryptocurrency and introducing it to top customers, Goldman Sachs got on its hobby horse and started pouring scorn on Bitcoin.

According to a tweet by Barry Silbert, CEO of the Digital Currency Group, the Golden Sachs top managers do not consider Bitcoin an asset nor do they recommend their clients buy it.

Cardano founder Charles Hoskinson also took to Twitter to comment on the outcome of the online meeting to say that the global banking heavyweight still opposes Bitcoin for fear of BTC eventually putting it out of business.

"Goldman Sachs: We do not recommend bitcoin on a strategic or tactical basis for our client's investment portfolio..."

What they are really saying: "Please don't buy the stuff that puts us out of business. We are disintermediated and lose control"

It sounds like the founder and CEO of Luno, the crypto wallet and exchange, Marcus Swanepoel believes that Goldman Sachs take on Bitcoin is quite natural.

Swanepoel has tweeted that the banking behemoth cannot recommend buying a product which they do not sell.

He reckons that once Goldman Sachs can start selling Bitcoin, the situation will radically change.

Goldman won’t recommend buying something they don’t (can’t) sell. It’s like saying we have 1000 items in our store but what you should really get is that 1 item in the store across the road. Once they are able to sell #bitcoin to their clients they’re going to go 180 on this.

However, another banking giant, JP Morgan Chase, has recently changed its attitude on Bitcoin. They have not started selling it but at least they now provide crypto exchanges with accounts.