From Thinking Like a Regulator to Pulling Off a Crypto Heist: StartEngine Summit Opens LA Blockchain Week

Katya Michaels
Tokenization was the focus of the StartEngine Summit, featuring keynotes by Christopher Cox and Charles Hoskinson 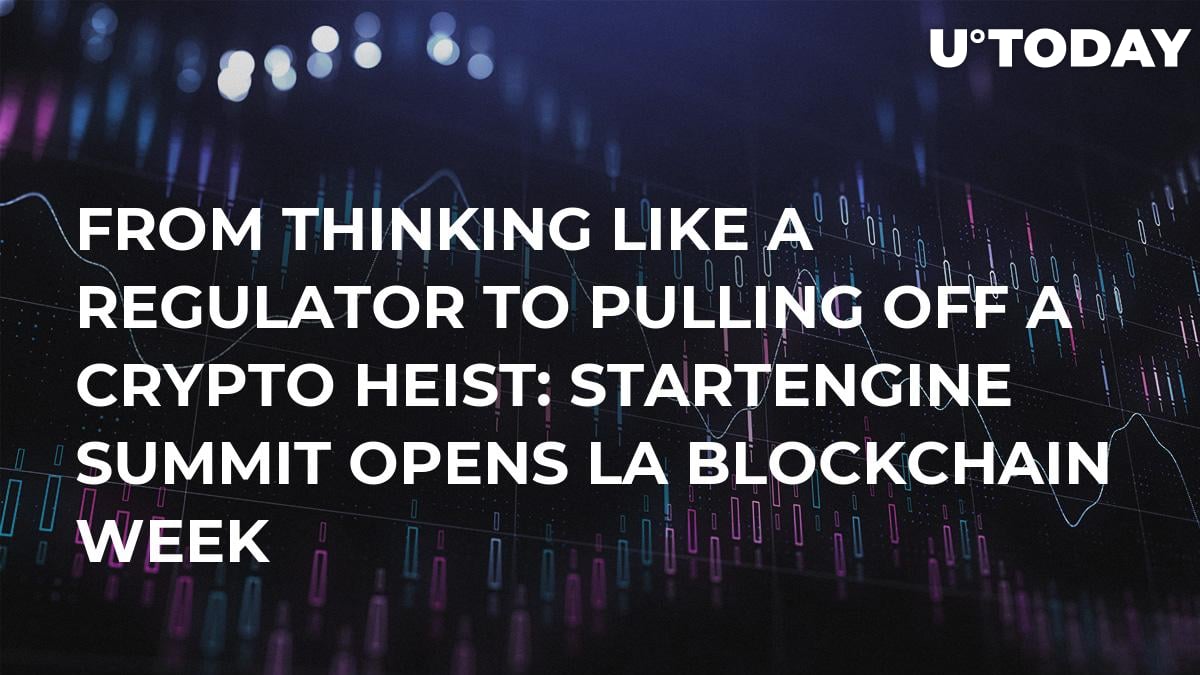 In the crypto space, community is the key that is expected to open many doors — development, network maintenance, investment, funding, engagement, adoption. Every day, what must be hundreds of meetups and conferences over the world are striving to foster the growth of the crypto community, some with more success than others.

Looking over the landscape of LA’s crypto activity, StartEngine — an equity crowdfunding platform that is fully compliant and currently in the process of creating its own ERC1450 smart contract standard — has emerged as a hub for startups, investors and media, especially since the first StartEngine Summit was held in November 2017.

Six months ago, the theme of StartEngine’s April event was ICO 2.0. Last spring, the enthusiasm for ICOs had not quite faded and the bear market had not quite muted the crypto community’s high spirits. In the fall, the mood is more subdued and the STO (security token offering) emerges as the funding model du jour — this time, tokenization was the focus of the StartEngine Summit, which opened LA Blockchain Week in Santa Monica on Friday. 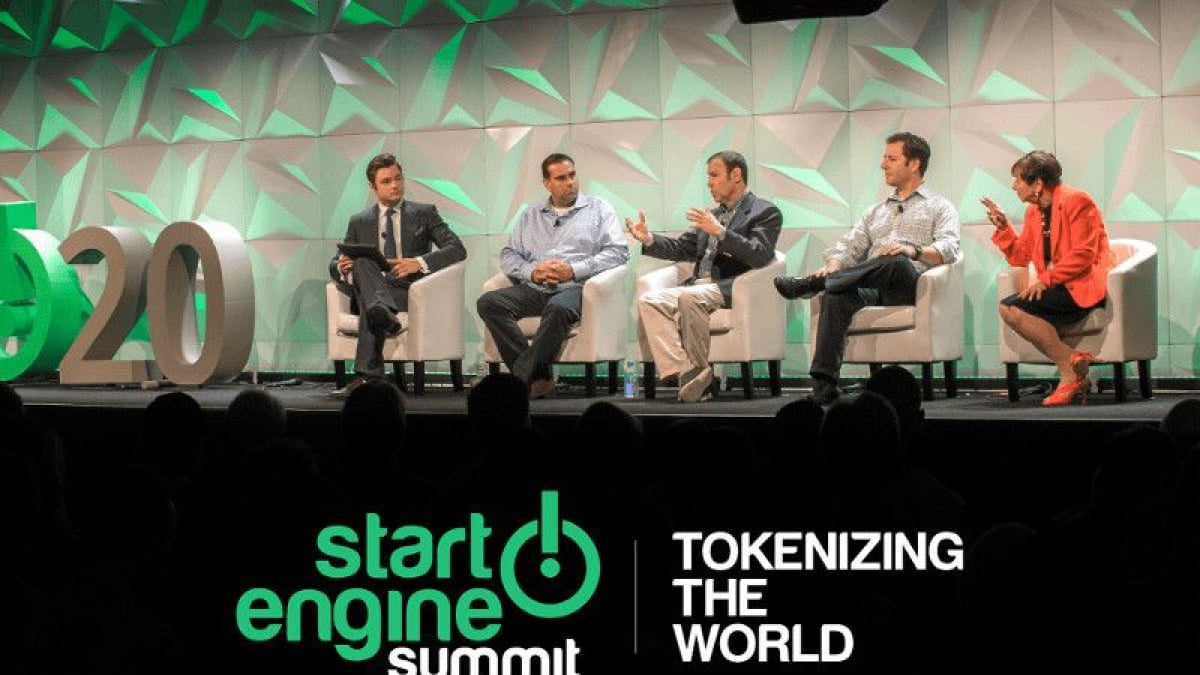 Christopher Cox: Nobody likes the SEC

The opening keynote was delivered by Christopher Cox, former Congressman and former Chairman of the SEC, getting the conference to a surprisingly light-hearted and optimistic start. Cox offered a glimpse into the SEC’s analytic process and encouraged entrepreneurs to open their minds to the regulator’s point of view.

“It isn’t that regulators don’t love you, it’s that they have another job to do: investor protection, maintaining fair and orderly securities markets, and facilitating capital formation. Of these, investor protection runs deepest in the SEC’s DNA.”

The former Chairman also advised patience with the agency’s delays and seemingly schizophrenic statements. He quipped:

“Just like Blockchain itself, the SEC is highly decentralized, with independent discrete nodes of decision making.”

Despite this, he assured the audience that the US regulators are motivated to arrive at crypto regulation clarity and are taking inspiration from sensible regulation policies emerging in Europe.

Throughout the day, expert panels covered a wide range of security token issues including the benefits of a tokenized economy, legal aspects of issuance and trading, tokenization of alternative assets and securities, and investment strategies.

The STO model itself is not new, and some in the crypto community may even see it as an untenable compromise with the established financial world. However, the vacuum left by the initial ICO hype begs to be filled and the community trust broken by fraudulent ICOs needs to be healed.

The cautious excitement around tokenization of tangible real assets has the potential to address both of those concerns. Tokenized fractional ownership in spheres like art and real estate is emerging as a truly viable market. Unlike with an ICO where the company product is purely theoretical, buying shares in something that has existed and gained value for decades, if not centuries, must be more reassuring.

A change is coming and it’s bigger than crypto

Known in the crypto community for level-headed, intelligent and engaging discourse on the subject of Blockchain technology development, Charles Hoskinson, co-founder of Ethereum and CEO of IOHK, the company working on the Cardano Blockchain, didn’t disappoint the audience with his closing keynote.

Reflecting on his travels to Ethiopia, South Africa, and Mongolia, Hoskinson touched on the problem of these countries — and many others like them — being excluded from the world financial marketplaces, leaving trillions of dollars of real estate, resource and SME value locked up. At IOHK, Hoskinson and his team apply science and engineering to find solutions for this problem.

In Hoskinson’s view, even though the concept cryptocurrency is only 10 years old, it has already gone through several generations — from Bitcoin as a purely cognitive experiment to Ethereum’s addition of a Blockchain programming language, toward the 2017 ICO mania, and finally the introduction of regulatory mechanisms to the space.

In the next few years, regulated markets will form, finding new tools and schemes to create liquidity in the space. More importantly, though, Hoskinson believes that setting cryptocurrencies aside, the world will have to change to accommodate today’s truly global business interactions.

“Over the next 10–20 years, we will see great fortunes made, we will see a lot of things change, but one thing that I’m certain about is that we’ll settle upon a completely new world financial system. A lot of things that are really expensive and take a lot of time right now are going to be completely automated. We are going to see money start moving at the speed of information.”

To reward those who stuck out until the end with a fun flourish, the summit concluded with the unveiling of an exclusive piece by crypto artist Daniel Maltzman. The work is titled The Heist and shows Mickey Mouse in a Batman mask running away with a painting featuring an alphanumeric address. Apparently, the clue leads to an undisclosed amount of Bitcoin awaiting whoever manages to “steal” it first.

Concluding on this adventurous note, the summit seemed to strike a balance between practical considerations of regulatory compliance on the one hand, and the sense of unrestricted opportunity that draws enthusiasts to the Blockchain space — on the other. In the introductory remarks for the summit, StartEngine CEO Howard Marks said that “tokenizing the world is a big revolution.” Perhaps, after all, the financial Blockchain revolution won’t be radical and bloody, but slow and steady — yet, no less inevitable.