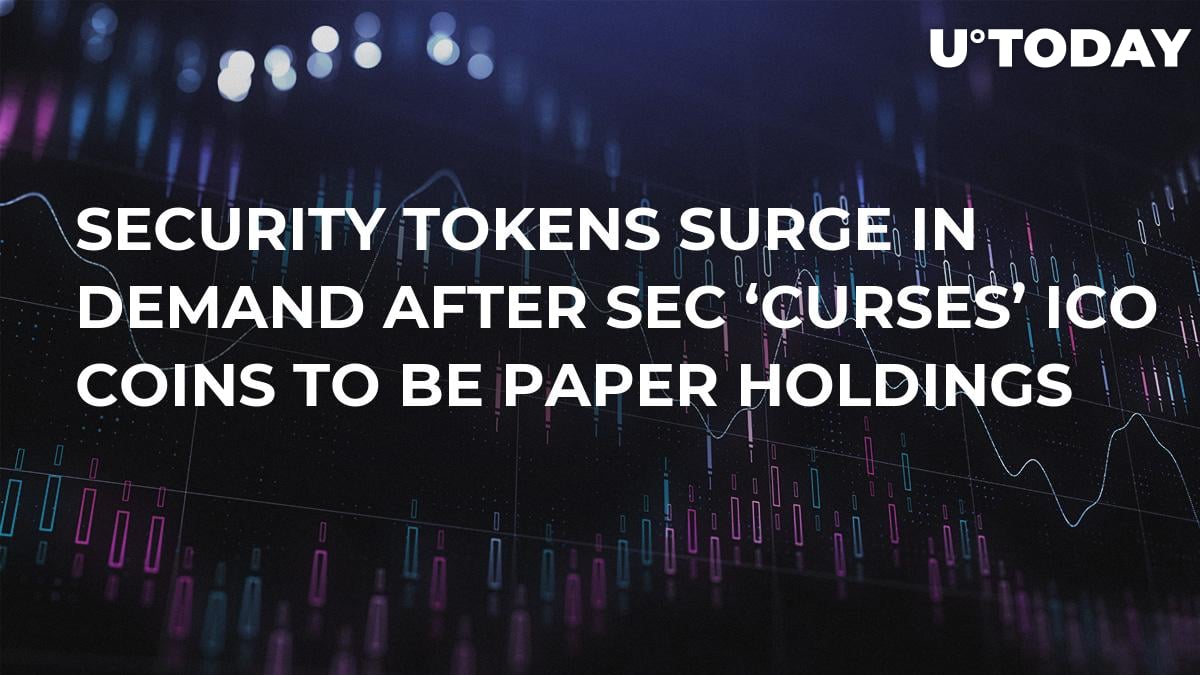 Due to the crackdown of the SEC (US Security and Exchange Commission), the number of funds injected into ICOs has been drastically dropping. However, investors are rushing to give their money to security token emitters still hoping to fix profits.

Back in 2017-early 2018, the ICO fever got the attention and money of many investors who wanted to make some cash with the new method of investing. A lot of them were disappointed by the absence of riches they were promised. As U.Today reported earlier, a recent Chinese study shows that about 90 percent of all ICOs are plagiarized, source codes of projects are copy-pasted.

Another reason for the ICO trend going down is that regulators around the world are conducting a ‘witch hunt’ on them, prohibiting and banning, and even closing down companies that are trying to carry out token offerings. Recently, a US court has given ICO tokens the status of digital securities, implementing that they are from now on covered by the securities legislation.

However, that is not the verdict for all types of tokens– there are also so-called utility tokens, which offer a certain solution and are considered to be tools, not investments.

Investors go for what is left

Security tokens now seem to be the next craze among crypto investors, since these tools are regulated by the law and can potentially be a source of profits.

Some financial experts believe that security tokens can become a link between conventional financial markets and markets that deal with virtual assets– regulators allow investors to actually invest in new projects and protect them, investors have a legal chance to make a profit, thus allowing the crypto projects industry to develop.

Some also consider security tokens to be upgraded financial products when breakthrough technologies improve and revolutionize traditional things taking them into the future.