South Korea’s Bittersweet Relationship with Cryptocurrencies Building to a Boom

Darryn Pollock
South Korea has always been a major player in the cryptocurrency space, but in recent times it has had a bittersweet relationship with the financial technology 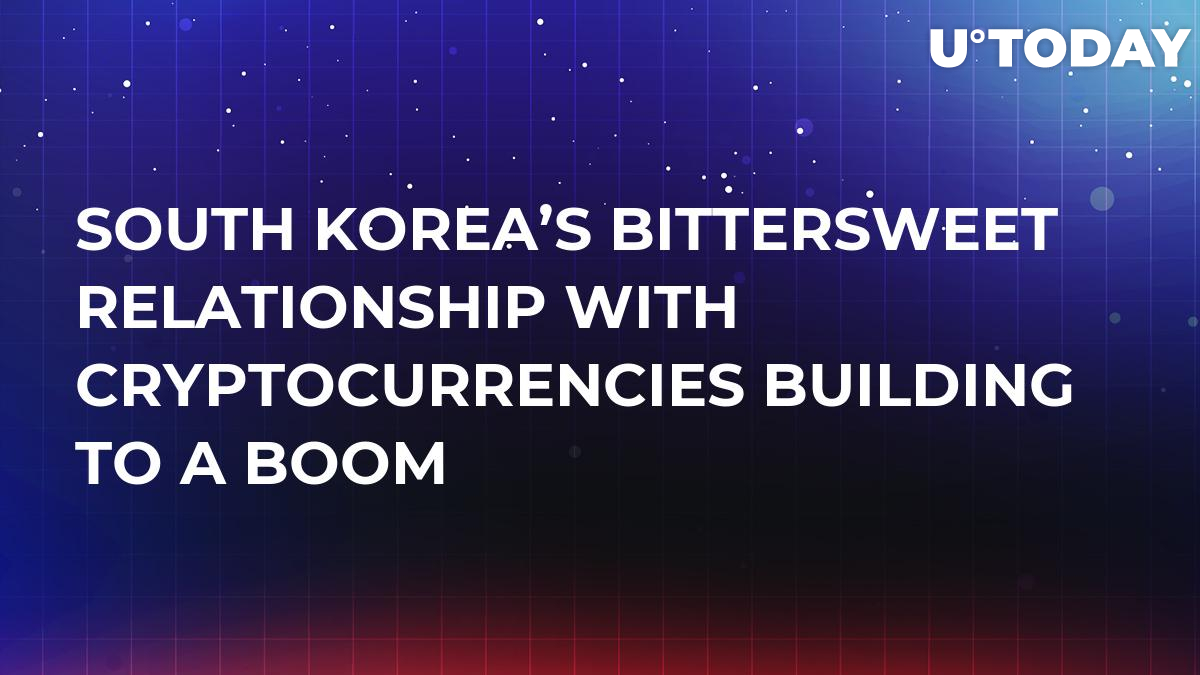 There is no doubt that the East is the major hub of Bitcoin and cryptocurrency action. First, there was China, with its mining monopoly and huge trading volume, but bans put a stop to that, then there was Japan to pick up its mantle, and in the background, South Korea is slowly emerging as an important player.

However, South Korea’s relationship with cryptocurrency has not always been smooth sailing despite the keen interest and high volume emanating from the Asian country. Their regulators have flitted and fluttered between outright bans and embracing the technology as they try and find a true direction.

Still, despite the government’s hardline approach to regulation, it is still mostly positive, and because of this South Korea is being viewed as a potential point of origin for mass cryptocurrency and Blockchain adoption.

Korea was once a very open and free space for the growth and adoption of cryptocurrencies and Blockchain; however, quite suddenly in 2017, the regulators threw a blanket ban over ICOs, following its nearest neighbor, China.

This put a halt on the burgeoning Blockchain ecosystem, and it was further stunted as the regulators in South Korea’s government stepped up to apply some strick and stringent laws and guidelines.

These rules included a ban on anonymous trading, restriction of cryptocurrency use by government officials and minors, and a harsh tax bill for cryptocurrency exchanges.

South Korea’s hold and dominance of the global cryptocurrency market took a big tumble after this crackdown and suddenly it ceased to be the leader and lost its influence in the entire Bitcoin world.

This crackdown seemed to be more of a knee-jerk reaction than anything else as it was not long before the government decided to review its stance. In May of this year, in fact, the definitions in the space were changed to make it so that ICOs and exchanges were considered legal entities.

It helped legitimize these entities, but it also allowed them to be scrutinized in a far harsher light and forced to adhere to standards which were akin to the regulation of banks and other financial services.

Still, the reversal instance for Blockchain and cryptocurrency is actually helping the ecosystem grow in the Asian country but now with a much more stringent regulatory eye. These new classifications have catalyzed the creation of solid and regulated exchanges.

Now, crypto exchanges know that it is either they set up their game or get tossed aside. As such, firms that show interest in doing business with exchanges and Blockchain start-ups assure their involvement in a regulated market.

Blockchain and cryptocurrencies have been fighting hard against regulations for some time now, but the tide is indeed changing as the companies involved realize they cannot get far without complying.

In fact, it has led to a desire for other governments to be more clear and transparent with their regulations and direction for this new space.