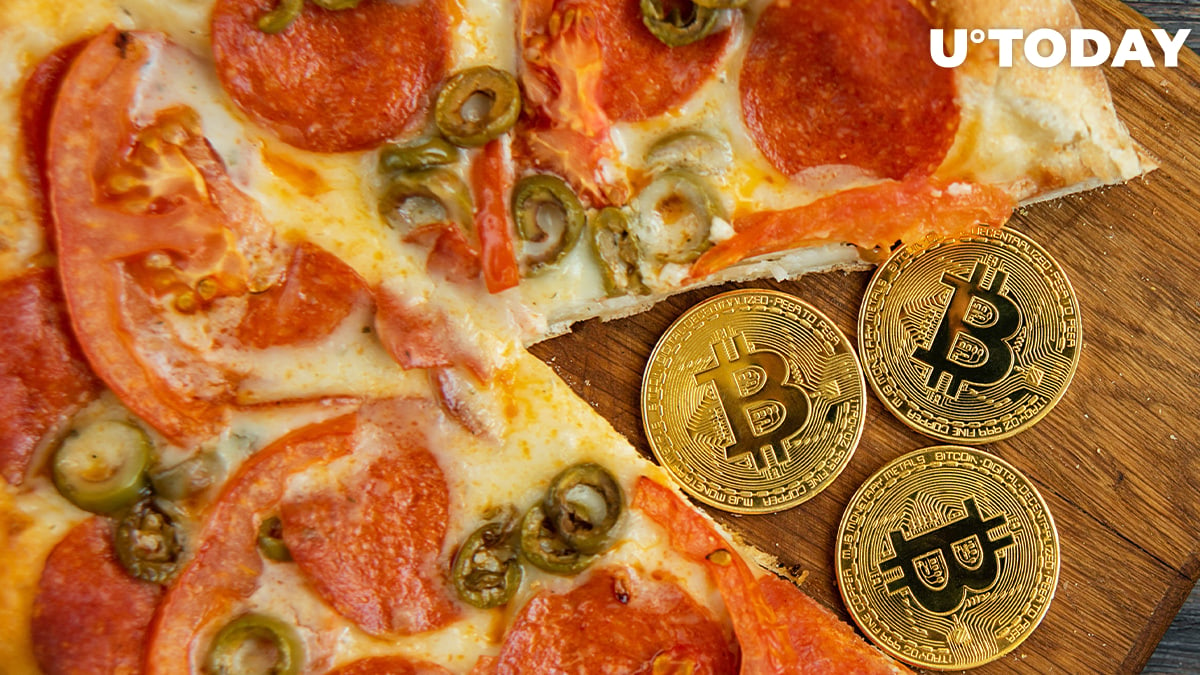 Back in 2010, on May 22, Bitcoin was for the first time ever used as means of exchange. Back on that day, IT engineer Laszlo Hanyecz suggested paying 10,000 BTC on the Bitcoin forum to anyone who will buy and deliver two pizzas to his door.

That was the first ever documented BTC transfer used for purchasing.

In 2021, Bitcoin influencer Anthony Pompliano has launched a pilot project called “Bitcoin Pizza” in ten US large cities. Despite the title, pizza will be sold for USD but all the profits will be sent to Bitcoin developers – their Human Rights Foundation (HRF) fund. He expects to sell 10,000 pizzas in “Bitcoin Pizza” boxes made specially for this pilot.

Related
“Bitcoin Pizza” US National Brand to Launch This Week, Here’s What It Is About

Besides, Pomp is giving a Bitcoin Pizza party in New York City today in Washington Square Park at 12 noon.