Arman Shirinyan
Biggest update in history of network will happen in less than one day, but markets do not seem to care that much 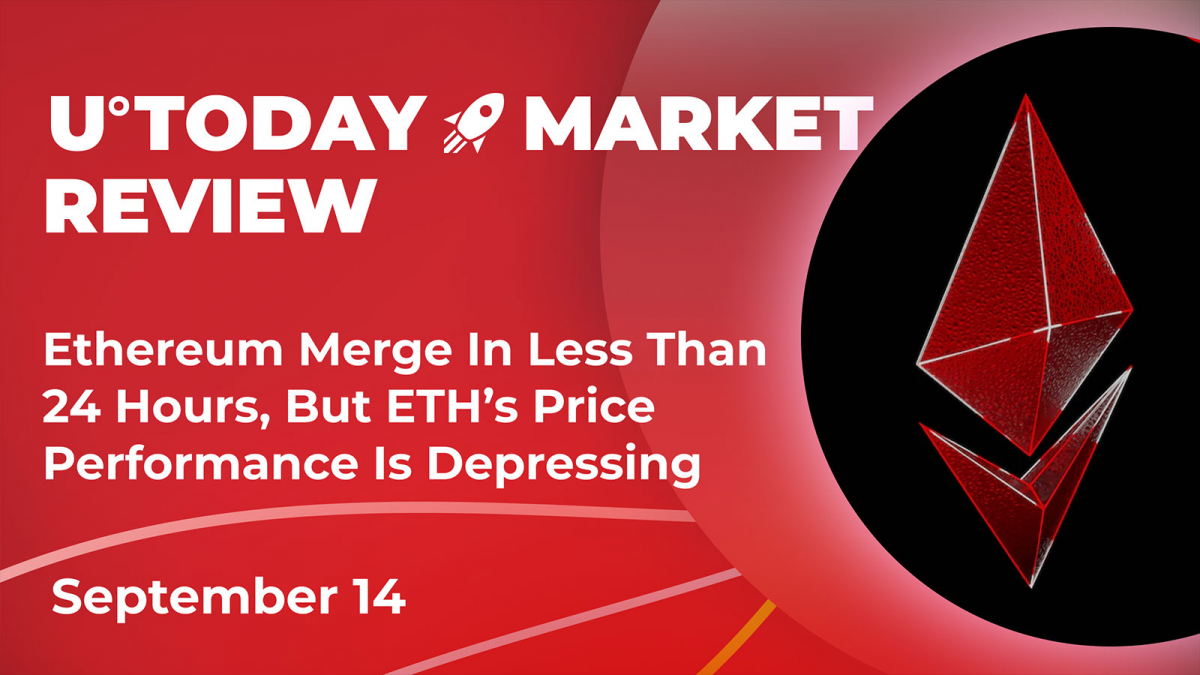 The 20% spike on most cryptocurrencies on the market dissolved after the unexpectedly high inflation numbers released in the most recent CPI report. Assets like XRP, Bitcoin and even Ethereum are now facing serious losses, while most indicators are hinting at yet another plunge.

Ethereum is underperforming ahead of the Merge

Despite the Merge being around the corner, the price performance of the second biggest cryptocurrency on the market remains unstable as it lost more than 10% of its value since yesterday and was not able to recover even half of it today.

The Merge update goes live approximately 20 hours from the press time. As on-chain and market data suggests, Ethereum's volatility will most likely remain in the normal range as any abnormal activity is not tracked on the blockchain.

The main reason behind the most recent correction is tied to the aforementioned CPI release, which has caused turmoil on both financial and cryptocurrency markets. The unexpectedly high inflation data is a signal for the Fed, which may lead to the 100 bp rate hike at the upcoming FOMC meeting or extend the monetary policy tightening cycle.

Previously, U.Today covered how the ETHPOW token unexpectedly bounced by more than 25% after the devastating 75% loss since the initial listing. As for now, the token once again started to lose its value following the general sentiment on the market.

Ethereum Classic, on the other hand, did not show us any notable returns a few days ahead of the Merge. The last time 2016's version of Ethereum brought us pleasant surprises was back on July 29, when ETC gained more than 24% in a single day. Since then, the Ethereum alternative has been moving in a volatile consolidation range and, according to technical analysis, may retrace even lower after the Merge goes live and the hype around assets like Ravencoin and ETC calms down.

After the devastating CPI report, Bitcoin, as expected, lost around 10% of its value in just a few hours, negating the growth we saw last week. Ahead of the Ethereum Merge, the first cryptocurrency managed to climb back above the $20,000 price range, but due to a lack of inflows and trading volume, it returned at the opening price.

Unfortunately, the return of Bitcoin in the positive price range will not be possible until financial regulators in Europe and the United States are able to tame the inflation and start the easing of the monetary policy.

With less pressure on financial markets and risk-on assets, Bitcoin, Ethereum and the crypto market in general will most likely exit the downtrend and correction cycle we are seeing now. According to various forecasts, the Fed will ease up on inflation and economic control at the beginning of 2023.