Vladislav Sopov
Sooner or later, every great team goes through unpopular decisions on its road of progress. It looks like the Ethereum Foundation has to make one really uneasy step 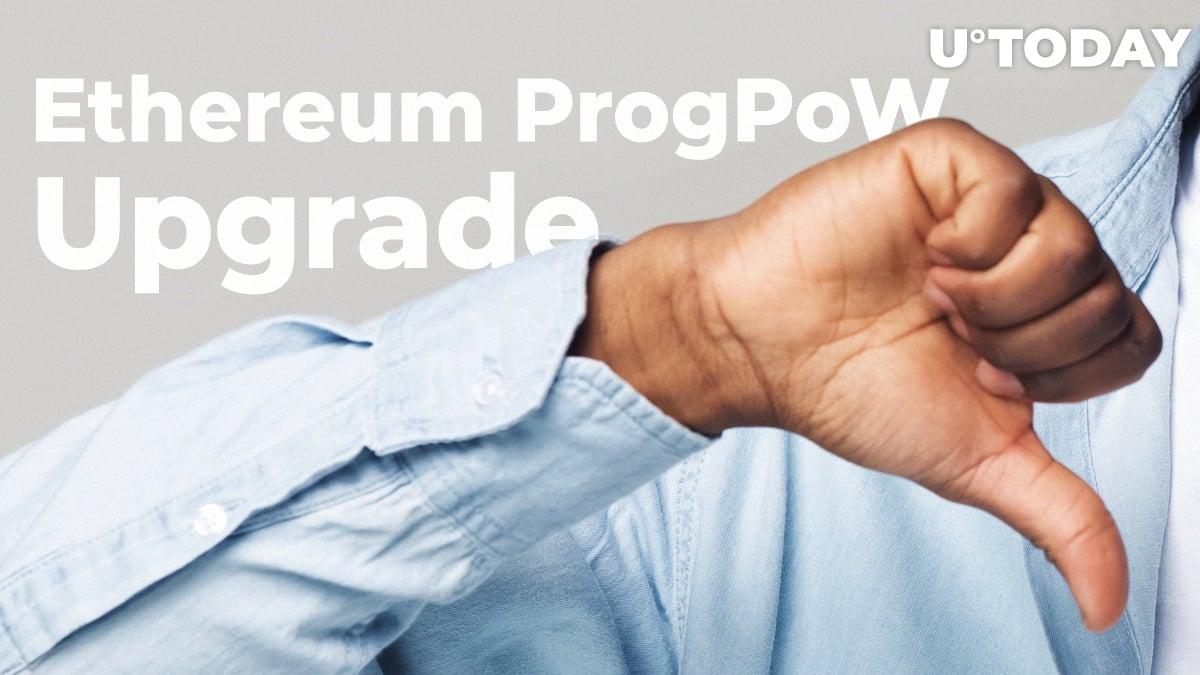 On Feb. 20, 2020, top-level developers of multiple Ethereum (ETH) teams discussed the upgrade of network consensus mechanisms during their latest meeting. It may migrate towards programmatic proof-of-work (ProgPoW). Despite being tentatively scheduled for July 2020, it has already made some influential enemies.

No ASICs in Ethereum (ETH)

Ethereum (ETH) switching its algorithm to ProgPoW has been discussed by the dev community during the last two years since the releases of the first application-specific integrated circuit (ASICs) for ETH mining by Bitmain and Canaan. According to the initial whitepaper of the cryptocurrency, it's better to keep the network optimized for low-cost and easily accessible software to maintain a necessary level of decentralization.

The introduction of ASICs enabled the dominance of professional miners equipped with costly and sophisticated mining gear. According to some Ethereum developers, this fact poses a threat to the decentralization and network security and thus should be removed before the launch of Ethereum (ETH) 2.0.

As a result, two system-level upgrades are tentatively scheduled for June and July 2020 respectively. While EIP-1962 will re-schedule some aspects of Ethereum (ETH) cryptography, the ProgPoW hard fork will establish a new mining algorithm three weeks later. As previously reported by U.Today, Monero (XMR) network rolled out a similar upgrade on November 30, 2019. The new RandomX proof-of-work algorithm made Monero hashrate skyrocket.

Ethereum Hardfork coordinator James Hancock, who is one of the most consistent advocates of the upcoming upgrade, received tons of negativity from both Ethereum developers and enthusiasts. This fact has been highlighted by Kristy-Leigh Minehan, the author of the Ethereum (ETH) mining algorithm.

Some members of the Ethereum (ETH) community proposed to create a list of the most powerful opponents of the anticipated upgrade. At the moment, Ameen Soleimani of Spankchain, Martin Köppelmann of Gnosis, Hayden Adams of Uniswap, Igor Lilic of ConsenSys as well as numerous Ethereum (ETH) developers expressed their objection to ProgPoW.

The dissenters remembered that the possibility of a chain split on two blockchains with different mining rules may occur as a result of this hard fork. It is also very stressful for the community that July 2020 had been named as a tentative date for Ethereum (ETH) 2.0 launch.

With ProgPoW roll-out, the release of the proof-of-stake version of Ethereum may be delayed. Ethereum developer Marc Zeller expressed a very popular and sorrowful opinion:

"Let's be clear, We're years away from PoS on Ethereum. Asics are already there. This situation is a textbook definition of core devs being in an echo chamber. It's to late for #ProgPoW."