EOS’s Mainnet Upgrade is Seeing Massive Gains, What’s it All About?

Darryn Pollock
EOS is setting itself up for a switch of Blockchain as it moves away from Ethereum and onto its own ‘mainnet’. The coin’s price skyrocket to new all-time highs. 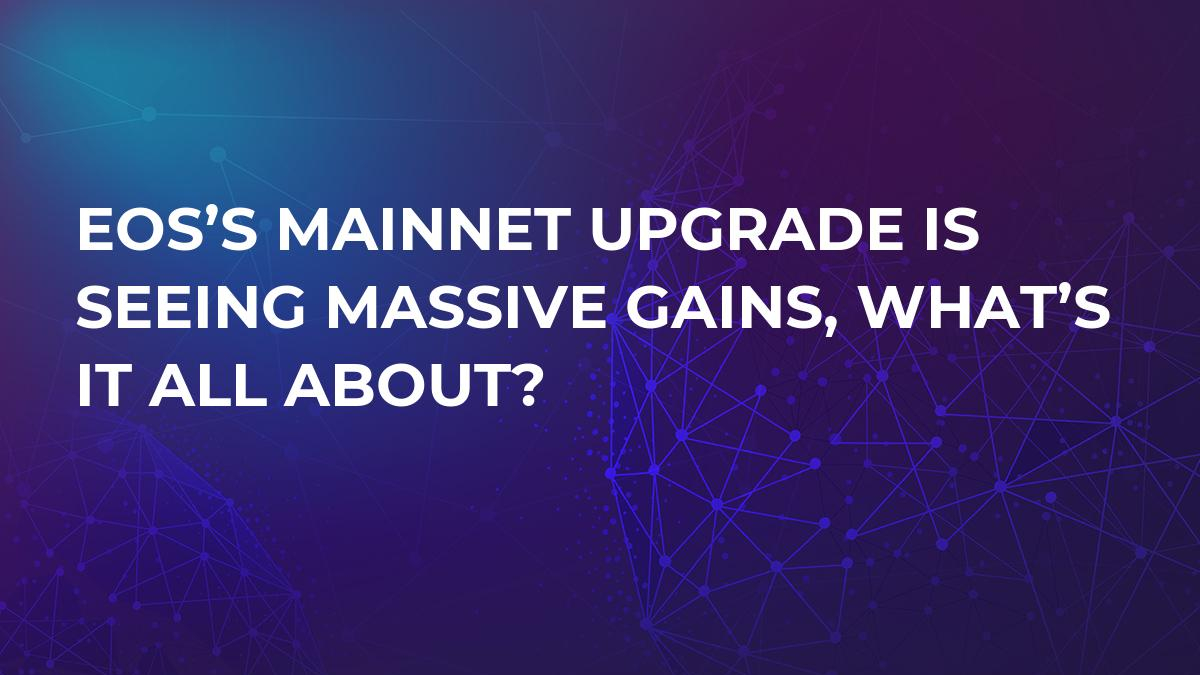 EOS, a digital currency that backs itself as a powerful infrastructure on which dApps can be built upon, is making the move away from the Ethereum Blockchain on June 2 to its own MainNet. This step towards autonomy has seen the price of the digital currency reach a new all-time high at the end of last week as interest grows.

The importance of its mainnet move is that the cryptocurrency Blockchain will be able to utilize its own infrastructure on which other dApps can build upon, rather than simply piggybacking off the Ethereum Blockchain.

They have also seen partnerships begin to develop, and support to be shown, which has helped the coin reach new heights.

This means that those who have EOS tokens will need to register them before the launch as when it does make the switch all the Ethereum-based tokens will be frozen.

The launch of the mainnet is still a month away, but as interest grows, and EOS starts to get its ducks in a row with key partnerships, the positive speculation has helped drive the price of the coin up.

eToro, one of the world’s largest crypto-trading and investment platforms, added the EOS token to its list of assets, towards the end of last month.

Additionally, Binance exchange, which is among the most popular exchanges, has also announced their support for EOS’ mainnet launch. In a blog post, they said, “Binance would like to confirm that we will support the EOS MainNet Token Swap. We will handle all technical requirements involved for all users holding EOS.”

The coin has hit the all-time high of $23 on Sunday. It jumped more than 70 percent last week alone, allowing it to grab the fifth spot in cryptocurrency ranking, with the market capitalization of $15.5 bln.