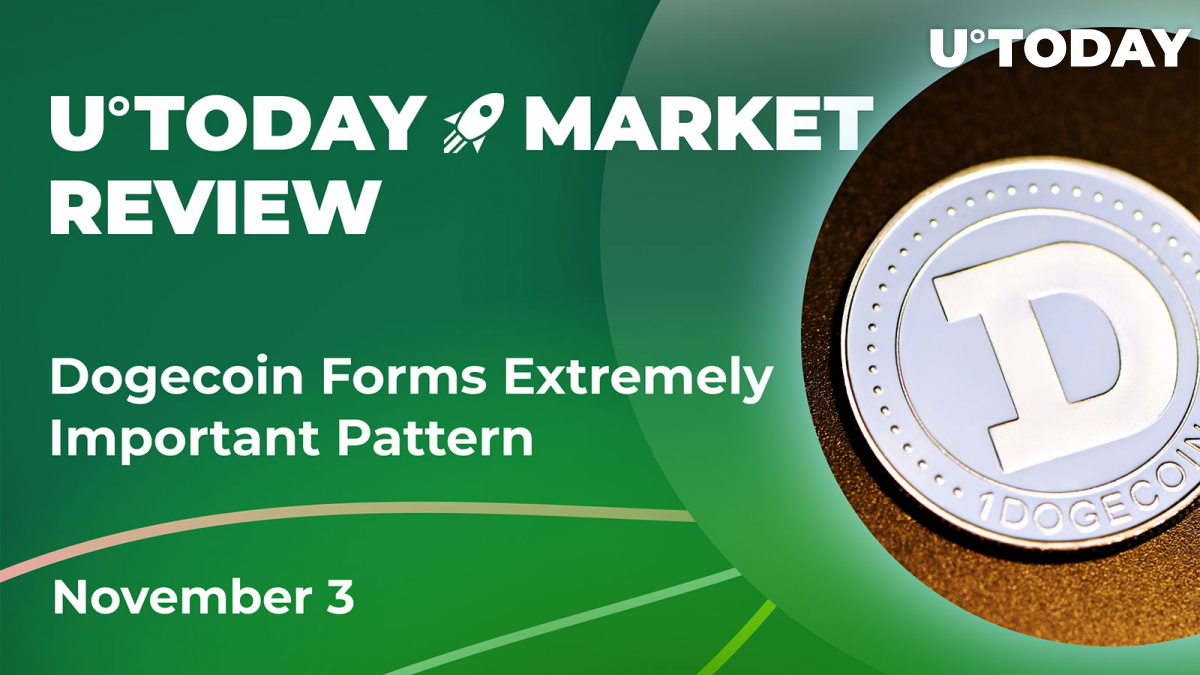 Despite the negativity we saw on the cryptocurrency market in the last few days, the assets we have described in our latest report avoided the plunge on the market, which might give investors some time ahead of the plunge.

After the explosive growth, Dogecoin entered the expected consolidation at the top, with the price of the memecoin not moving in either direction. Since Oct. 29, the price of the asset has not changed in comparison to the pace we saw prior to it.

With the volatility of the asset decreasing and the price moving sideways, DOGE is forming a new pattern that might become the cooldown it so needed prior to it. The ascending channel is not something you would usually see after a volatile price spike.

However, any kind of volatility decrease for Dogecoin is a positive factor that would give investors hope for the possible continuation of the rally in the foreseeable future. However, the price performance we are seeing today invalidates the formation we mentioned in our previous market review.

From the fundamental point of view, Dogecoin investors are most likely waiting for an announcement of implementation of DOGE as a payment instrument on Twitter, considering Elon Musk's takeover.

However, Musk has neither confirmed nor denied using Dogecoin as a way to pay for account confirmation on Twitter. Unfortunately, if the social platform does not accept DOGE in the near future, it will most likely return to what it has been doing for more than two years: moving sideways with extremely low volatility, until Musk gives investors hope once again.

While Dogecoin enters the consolidation, Shiba Inu is still struggling on the market, without finding the right path as it remains in a corridor between the 200 and 50-day moving averages. However, the presence of buying support is a factor we cannot and should not ignore.

The fact that the token moves in the corridor shows that investors have not yet decided in which way the cryptocurrency market will turn. Considering Shiba Inu's correlation with the market, the movement of large caps will most likely be the main fuel for the volatility increase of SHIB.

The decrease in trading volume is yet another factor we should take into consideration. As traders leave the market, Shib's correlation with large caps is going to increase significantly since market makers will be the only group of traders moving Shiba Inu.

The most recent rate hike was not a positive factor for memetokens and risk assets like Shiba Inu, which is why the continuation of the trend is questionable. Meme assets remain the most volatile parts of the cryptocurrency market, which is why investors will likely avoid taking unnecessary risks right after the Fed showed its desire to continue restricting the monetary policy.