Cryptomarket Has Absorbed $15 Billion in Net Losses Since Mid-May: What Does It Mean?

Alihuseyn Gulu-Zada
According to Glassnode, the cryptomarket has already absorbed more than $15 billion in net losses since mid-May 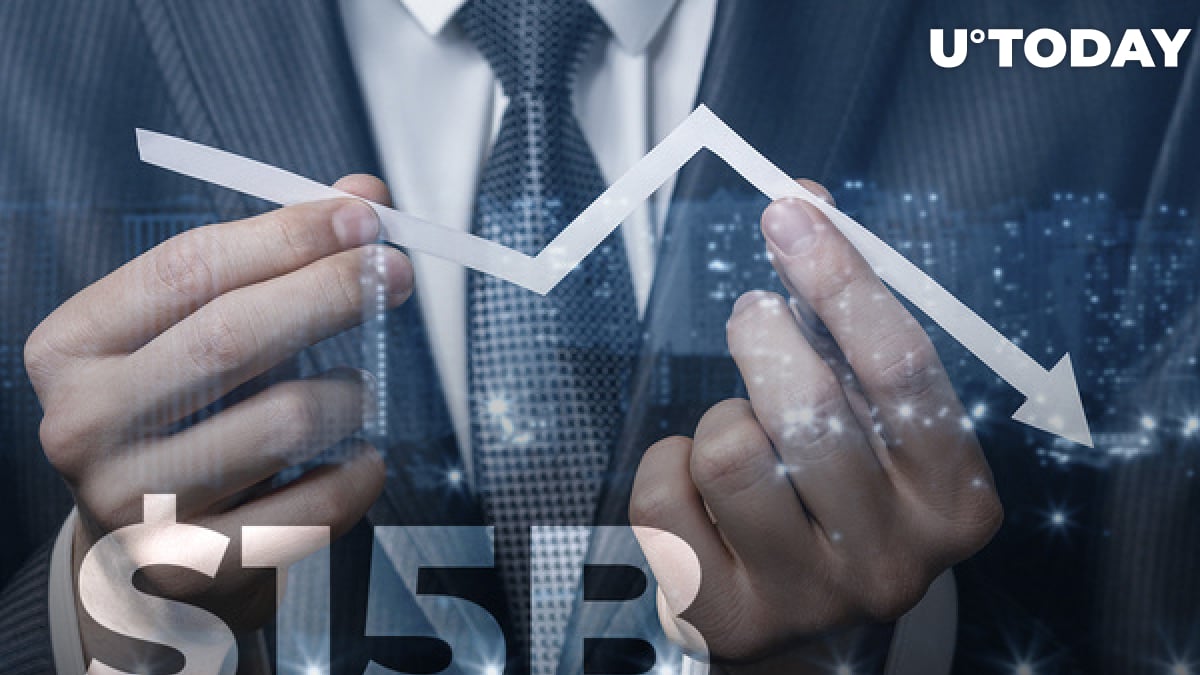 On-chain market analysis firm Glassnode has released interesting data on the latest situation on the cryptomarket. In particular, the statistics are about Bitcoin.

What is the essence of Bitcoin Realized Cap?

The data concerns the indicator Bitcoin Realized Cap. Glassnode explains that this indicator tracks the aggregate value of all coins by price at the time of the last movement.

The #Bitcoin Realised Cap tracks the aggregate value of all coins at the price when last moved.

It rises when coins are spent at a net profit, and declines when spent at a loss.

Since mid-May, the market has absorbed over $15B in net losses.

Glassnode also reports that, since mid-May, the crypto market has already absorbed more than $15 billion in net losses. It should be noted that earlier in the published weekly report, it became known that most of the BTCs coming into the market now are sold at a loss.

The sales are initiated by users who bought the crypto-asset at its peak price in the spring. At press time, Bitcoin is hovering around the $30,000 mark. 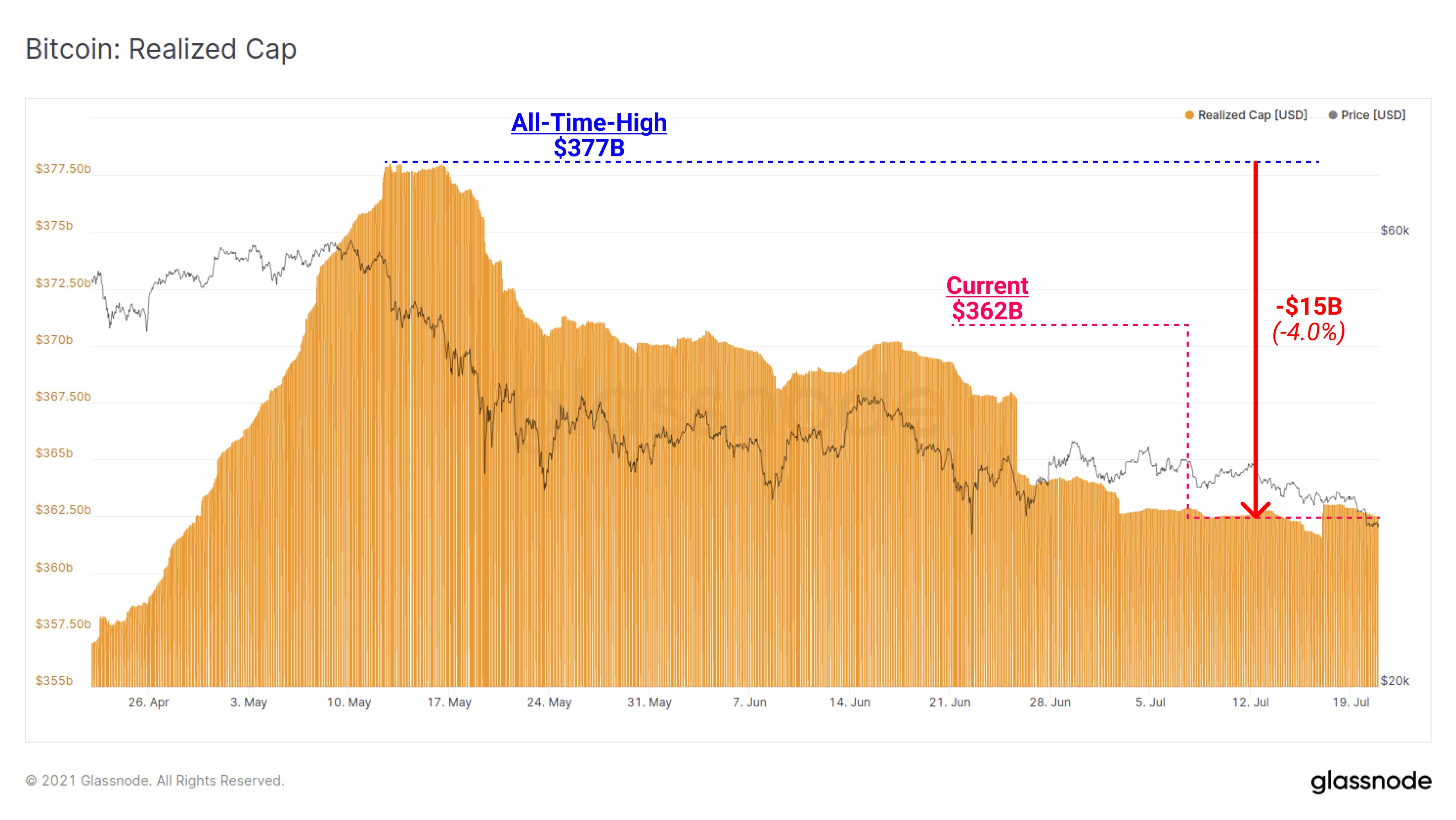 The impact of trading volume

During BTC's latest bullish rise, in which it reached an all-time high above $60,000, new investors came onto the market. They contributed to the growth of the trading volume.

However, with the onset of the bear market, the trading volume dropped dramatically. Most of the traded coins came from users who bought the cryptocurrency at its peak price.

Why did this happen?

#Bitcoin is trading on the edge of a large on-chain volume support level, with a high volatility move likely just over the horizon.

This week, we analyse the Bull and Bear cases using the full suite of on-chain metrics.

Read more in The Week On-chain👇https://t.co/y9dPumGjJZ

Glassnode also found that 33 percent of the BTC in circulation "currently carries an unrealized loss." This means that one-third of the coins were bought at a price above $30,000. Since the price of the crypto-asset first exceeded that mark in 2021, this is about short-term holders.