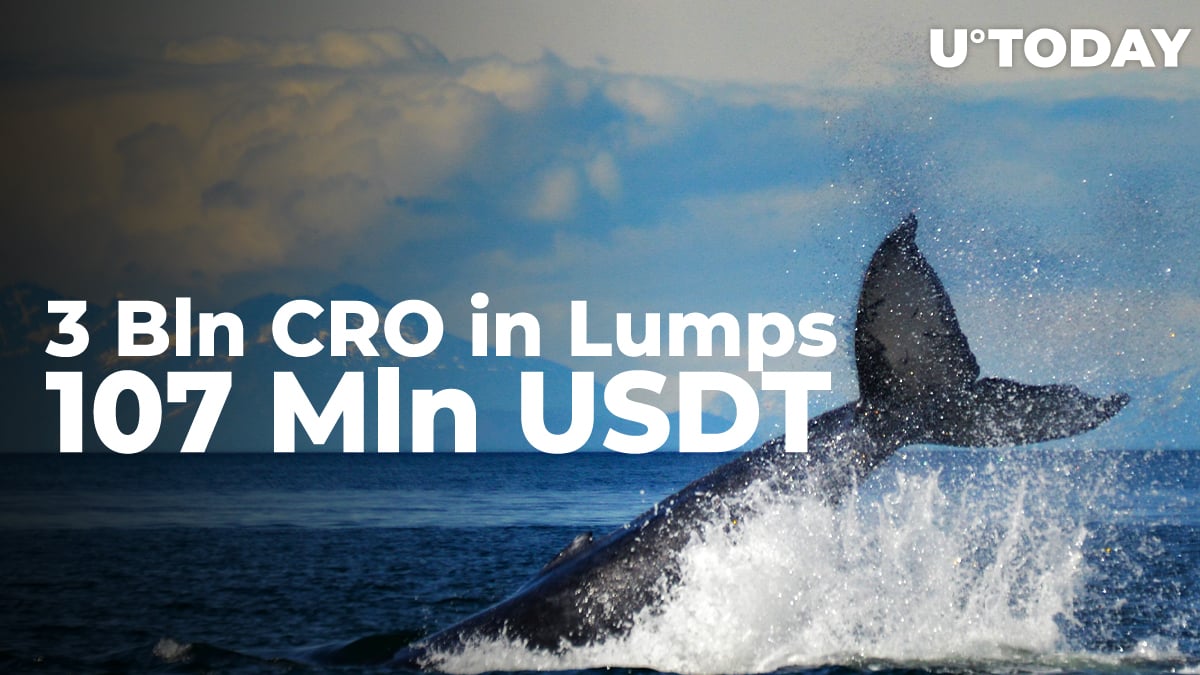 The Twitter bot Whale Alert has reported data on tremendous amounts of crypto that was moved by whales over the past ten hours. The coins spotted in those transactions are the most popular stablecoin USDT and CRO – the top-16 cryptocurrency on CoinMarketCap.

As per Whale Alert, eighty million USDT was transferred (in two wires) from an unknown wallet to the largest exchange, Binance.

Another twenty million USDT was sent to a wallet with an unregistered owner from the Tether Treasury.

Many in the crypto community have a negative attitude to the fact that Tether often creates more USDT, comparing it to the Fed Reserve.

Due to the current economic crisis in the US and the rest of the world, US President Trump and the Fed have launched a QE program much bigger than the previous one back in 2009. This time, over six trillion USD has been injected into the economy to support banks, corporations, SME and ordinary US citizens.

The unemployment rate in the US is growing at a tremendous speed, growing bigger than what the US witnessed during the Great Depression in 1929-1930.

Jonathan Leong, the CEO of BTSE.com, took to Twitter to warn people in the US that the current non-stop cash printing is likely to have a big negative aftermath.

US government debt hits $25 trillion USD! The global balance of borrowings is over $246 trillion almost 320% of the global GDP. If you think there won't be huge consequences you are in for a rude awakening. Got #bitcoin ?

CRO is the market ticker of Crypto.com Coin. It is ranked 16 on CoinMarketCap at the time of writing.

Whale Alert reports that 3 billion of these coins were sent in two lumps from an unknown wallet to the Huobi exchange – that is 18 percent of the coin’s circulating supply.