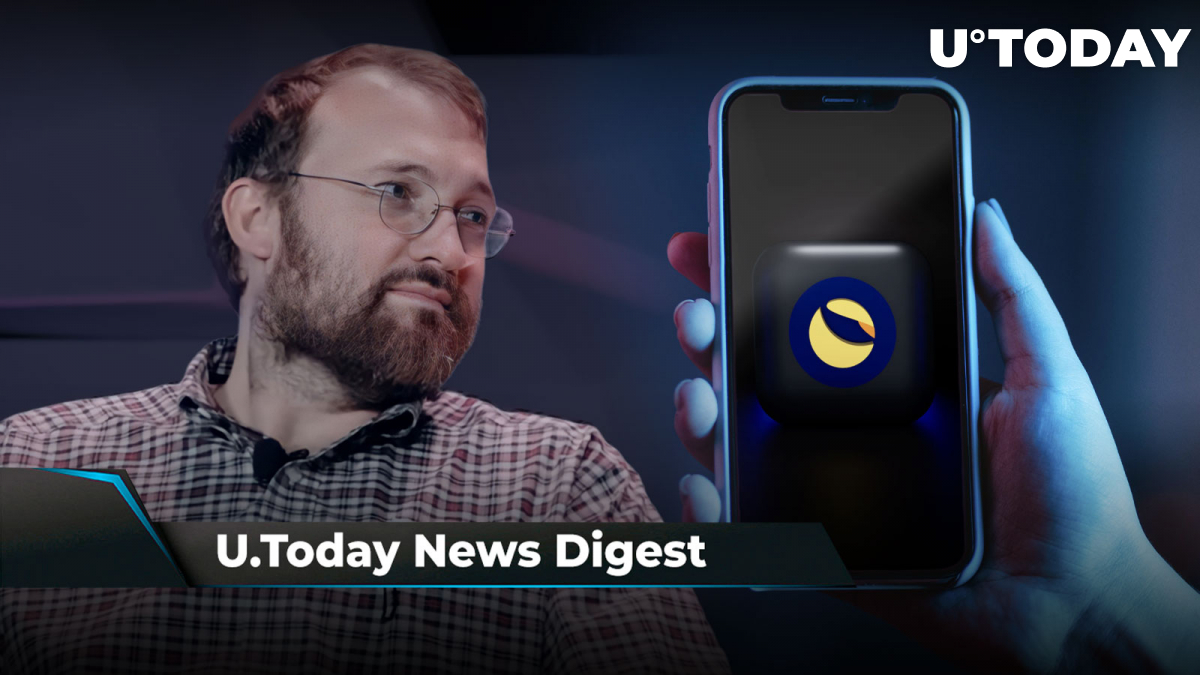 U.Today has prepared a summary of the top four news stories over the weekend. Don’t miss anything important in the crypto industry!

Is Cardano expanding? Charles Hoskinson is working on “something really cool” in Papua New Guinea

In his Friday tweet, Cardano creator Charles Hoskinson informed his followers that he is currently in Papua New Guinea, “working on something really cool.” He did not provide any details on what exactly he is working on; however, judging by Hoskinson’s travels in the past, it could be a new Cardano project. Back in October 2021, the IOG co-founder went on a “pan-African tour,” visiting several African countries, including Nigeria and Zanzibar. Since then, Cardano has invested in several African blockchain and fintech start-ups, among which was Afriguild, a local blockchain gaming guild and decentralized autonomous organization (DAO).

At the beginning of September, the crypto community witnessed the parabolic growth of LUNC ignited by a proposal to include a 1.2% burning fee on every transaction made on the network. If centralized exchanges accept the burning fee, the burning volume would exceed $4 million in a day, the proposal states. However, this is where potential problems for Luna appear. Binance has recently released a statement informing its users that it will not implement the fee, which puts the daily burning volume at only $55,000. For a project with a $3 billion market capitalization, less than $100,000 of daily burning volume is insignificant. Thus, LUNC’s rally was based on on-chain manipulation and a questionable proposal that will not have the desired effect on the token’s market value, considering the action that centralized exchanges are taking.

XRP can now be burned via Bitcoin payment app on XRPL, here’s how

SpendTheBits, a project built on the basis of XRP Ledger, has recently received great support from the entire XRP community thanks to its major development aimed at implementing Bitcoin transactions and competing with the Lightning Network. According to the project's team, the use of the XRPL blockchain allows BTC transactions to be much faster and cheaper. SpendTheBits’ most important feature is the use of XRP in transactions; in addition to the fact that XRP is used to activate an account, it will be burned with every BTC transaction through the XRP Ledger blockchain. Besides, CryptoLaw founder John Deaton noted that the case of SpendTheBits, which is built on XRP Ledger using open source code and not requiring Ripple’s permission to implement the technology, once again proves that the SEC’s claims against Ripple and XRP are absurd.