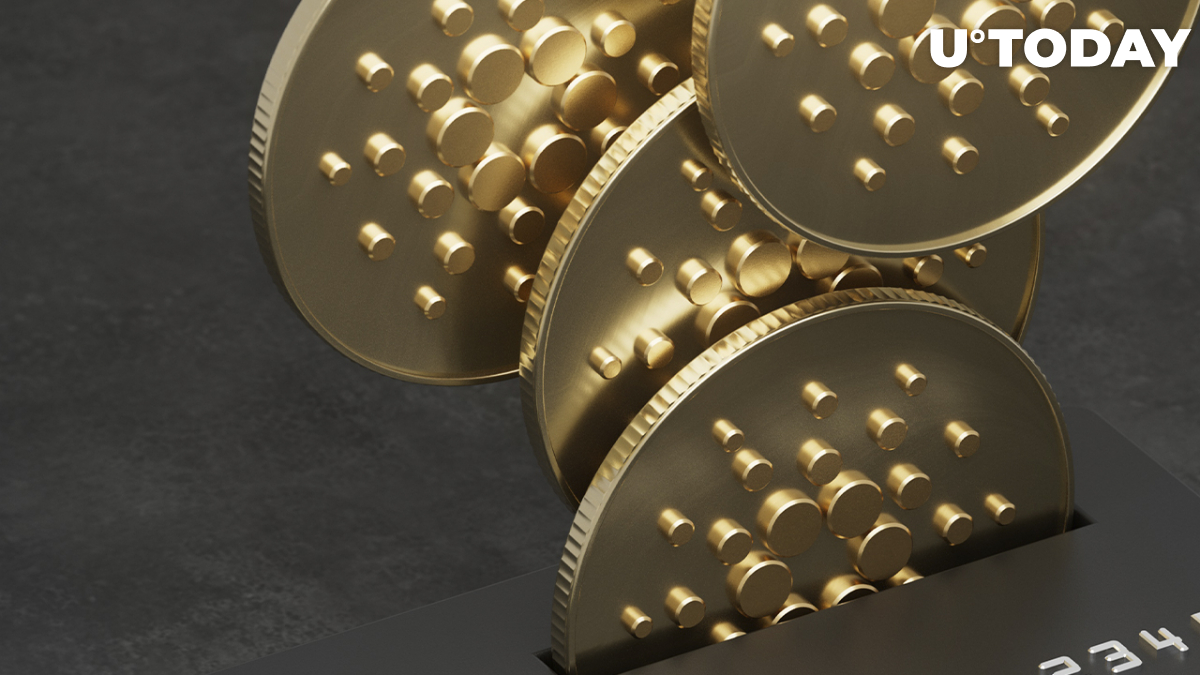 Analytics team of IntoTheBlock on-chain data aggregator has posted a tweet about whales continuing to acquire ADA in massive amounts. Now the balances of their wallets have reached a new all-time high.

In a recent tweet, IntoTheBlock has shared that the amount of Cardano’s native coin ADA held by wallets with 1 million to 10 million ADA has demonstrated an exponential rise this year.

The ADA supply held by these crypto addresses has soared from 8.09 billion to 12.19 billion coins.

Three days ago, on March 1, the ADA balance held by these wallets achieved a historic high of 12.47 billion ADA.

Related
Cardano Might Reach $1 Billion in TVL at Year-End as Metric Grows: Details

On Wednesday, U.Today reported that according to Santiment analytics company, a number of wallets that store from 100,000 to 1 million ADA had grabbed 16,000,000 ADA within just twenty-four hours.

Shark Cardano wallets have recently been adding to their ADA holdings as well. On February 23, Santiment spread the word that these wallets with balances between 10,000 and 100,000 ADA had bought another six percent of the circulating ADA supply within the previous five weeks.