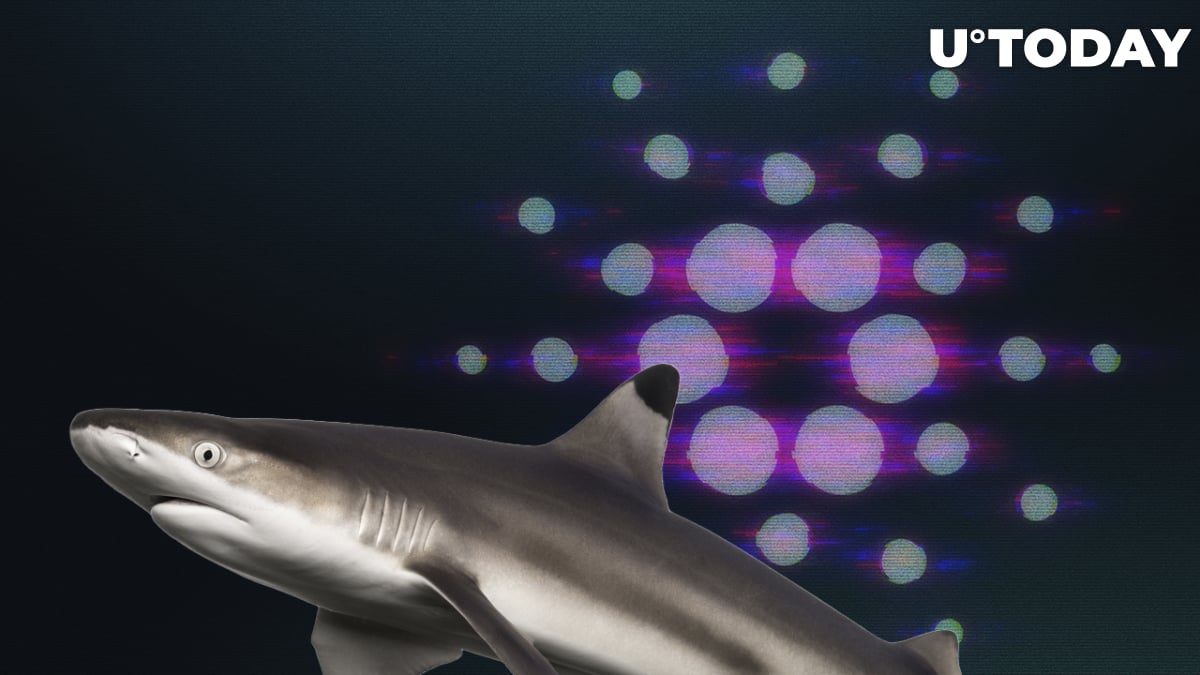 ? #Cardano shark addresses holding 10k to 100k $ADA have historically done a pretty outstanding job at calling tops. And over the past 5 weeks, these addresses have added ~6% more of the overall $ADA supply. Read our quick take on how the #7 asset looks! https://t.co/WUAuRUoZmr pic.twitter.com/uMSdsYa6TA

According to Santiment, this category of addresses has seen rapid growth, feeding off the whale dump. The on-chain analytics platform notes that large ADA addresses holding 100,000 to 1,000,000 ADA, on the other hand, have trimmed their holdings from 37.0% to 17.7% in the last three months. These two conflicting actions seemingly balance each other, creating a mostly neutral scenario.

Overall, since the start of the year, Cardano ''shark'' addresses have notably added 10% more to their holdings.

The Cardano blockchain has experienced an explosion in on-chain activity in the past month despite lackluster price trading.

Amid a string of favorable fundamentals, Cardano's price has declined steadily since attaining all-time highs of $3.09 in September 2021. At a present price of $0.925, ADA is up 10.18% in the last 24 hours and remains down 71.93% from its all-time highs, as per CoinMarketCap.