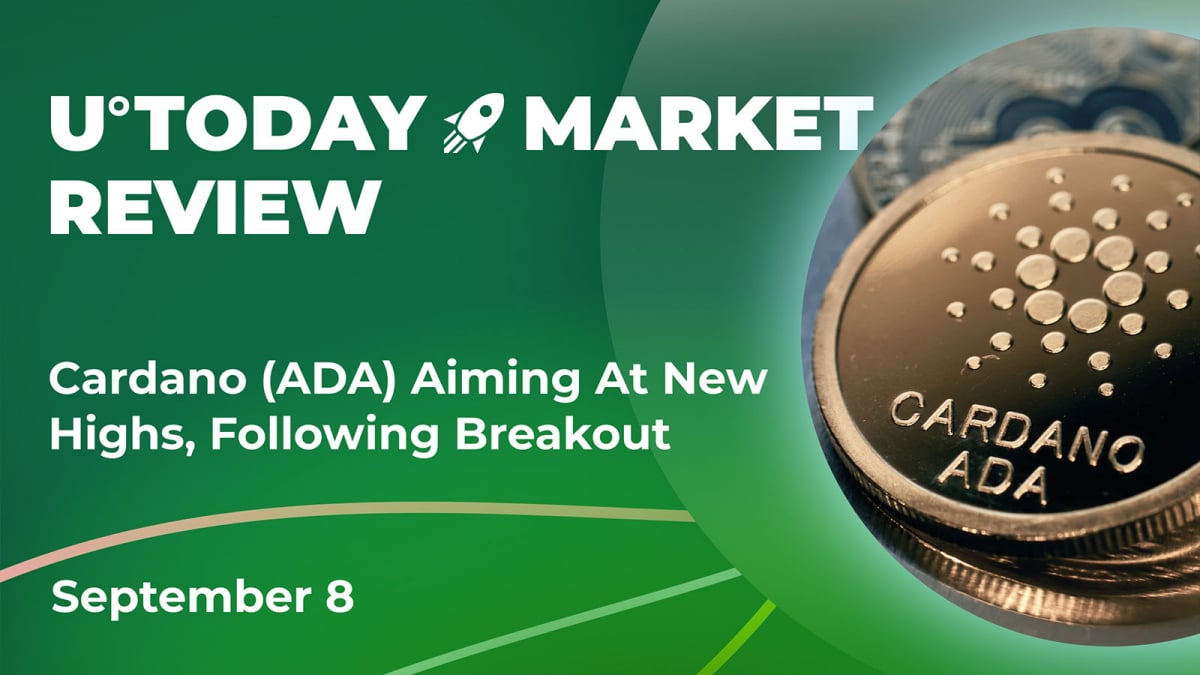 Despite the recovery the cryptocurrency market saw yesterday, the sentiment of traders and investors is still close to extreme fear as the correction on the market does not seem to be over. Nevertheless, some cryptocurrencies, like Cardano, still manage to show a positive dynamic despite the chaos around them.

On Sept. 4, ADA finally broke through the local resistance level on the ADA/BTC pair, marking a potential reversal against the first cryptocurrency. The breakthrough of the ascending triangle was a mandatory condition for the continuation of ADA's growth on the market.

In addition to breaking through the pattern's resistance level, Cardano has also moved past the 200- and 50-day moving averages that usually act as a strong barrier for any assets in a downtrend.

If ADA keeps the same growth pace for another few days, the market will most likely see the appearance of an important bullish signal - the cross between the 200- and the 50-day moving average, one of the strongest reversal signals for any kind of asset.

Considering the lack of growth factors for Bitcoin and the decreasing dominance of the digital gold, Cardano can in fact rally further against Bitcoin without the general recovery of the cryptocurrency market.

Among USD pairs, ADA is not showing a similar price performance as it does against Bitcoin. In the last 100 days, the price of Ethereum's rival stagnated, gaining only around 4% to its value since the beginning of this summer.

The low volatility period of Cardano can also be considered a consolidation ahead of the reversal, considering that ADA bottomed out from a technical point of view with no lower low or lower highs appearing on the chart for the last three months.

According to the extreme spike in the hedging volume on financial markets, most investors and traders are getting ready for another drop on the markets, similar to what we saw back in 2008.

Related
This Macro Data Suggests Market Bounce Is Ahead

The rising open interest on put options is a leading indicator for the market that usually leads to a reversal. Despite the exponential rise in the total market capitalization on financial markets, the $8.1 billion volume spike is still significant and should be treated seriously.

Bitcoin, on the other hand, is still trading around 2022 lows with only a 6% recovery since the beginning of summer, when the first cryptocurrency dropped below the 2017 ATH, which was previously considered impossible after institutions pushed the price of BTC to almost $70,000.

In the next few weeks, the cryptocurrency market is getting ready for a spike in volatility thanks to the FOMC meeting and the CPI data release. Both factors will most likely cause a storm in the industry even without the help of the Ethereum Merge that will happen around Sept. 13.