Denys Serhiichuk
Which altcoin can get out of the correction faster than others? 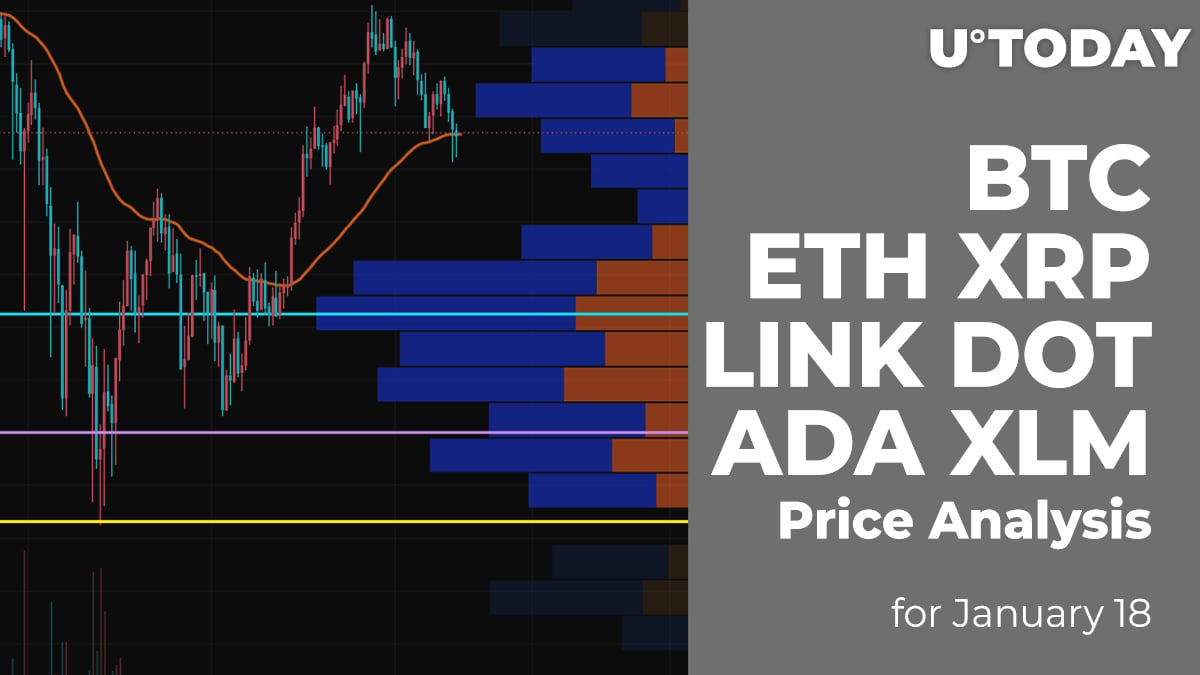 The new week has begun with a correction on the cryptocurrency market. Cardano (ADA) is the only exception to the rule rising by 7% over the last day.

Last weekend, the bears pushed through the support of $36,000 and tested the level of $34,000. Yesterday afternoon, buyers tried to recover the price but could not hold above the hourly EMA55.

Today, attempts to gain a foothold above the level of average prices will be repeated, but if the moving average is not broken through, the pair might continue to decline below the POC line to the support at $32,600.

Last Saturday, buyers were able to pierce the resistance at the level of $1,250, but they failed to continue the recovery to the end of the week. On Sunday, sellers pushed the pair below the average price level and, at the end of the day, buyers had not managed to restore the Ethereum (ETH) price to its previous level.

The trading volumes decreased tonight, and the pair is trying to hold on to the hourly EMA55. But in the morning, bearish pressure may increase, then the price of altcoin will test the level of $1,150. If bears fail to break the support of $1,120 then, at the beginning of this week, bulls may try to organize a full-scale recovery in the zone of the January highs.

On Saturday, the XRP price tried to gain a foothold in the $0.280-$0.310 sideways corridor, but the two-hour moving average turned the pair down and the lower border of the corridor could not stop the pullback to the $0.270 mark.

Yesterday, in the afternoon, the price was recovering, but it is no longer possible to return to the sideways range.

The Kraken exchange suspended XRP trading and, if this provokes a new bearish momentum, then the fall may continue below the support of $0.260.

Chainlink (LINK) is the main loser today as the rate of the altcoin has gone down by almost 10% since yesterday.

From the technical point of view, the ongoing drop is considered as a correction but not a start of a bearish trend. The RSI has formed a divergence, which means that the decline might continue to the support zone at $18.50 where bulls might seize the initiative.

The rate of Polkadot (DOT) remains the same since yesterday as the price change has accounted for only -0.02%.

Polkadot (DOT) is trading similarly to Chainlink (LINK) as the short-term correction is also the most likely scenario for it. The first stop at which a potential bounceback may occur is the $14.65 mark.

Cardano (ADA) is the only gainer from our list as the rate of the coin has rocketed by 7% over the past 24 hours.

Even though the rate of Cardano (ADA) has significantly risen since yesterday, it needs more power to keep the growth. In this case, the consolidation in the range of $0.30-$0.35 is the more likely price action for the altcoin.

Stellar (XLM) is looking more bullish than most of other altcoins, even though the rate of the coin has dropped by 0.87% over the last day.

On the daily time frame, Stellar (XLM) has made a false breakout of the $0.25 mark, having confirmed bulls' power. Thus, there is a high chance of seeing a restest of the $0.33 area soon. If buyers break it, the crucial point of $0.40 may be attained by the end of the month.