BTC, ETH, XRP and LTC Price Analysis for May 23

Denys Serhiichuk
Can one expect a reversal of the crypto market soon and a continued rise? 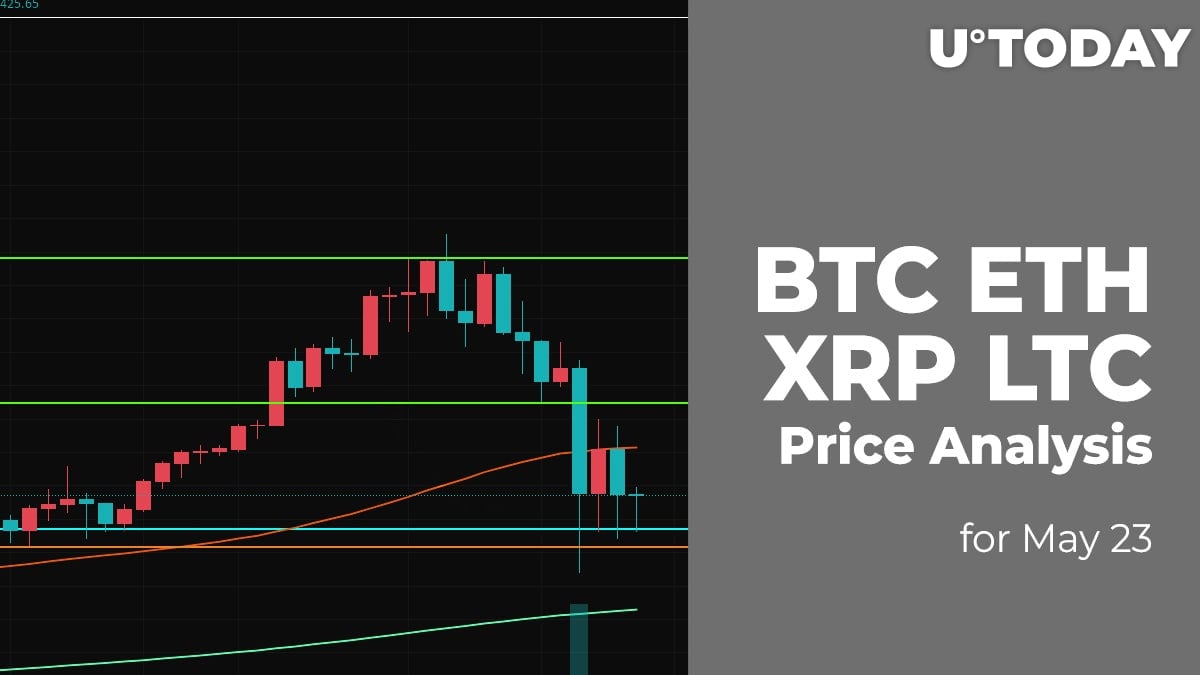 By the end of the week, the cryptocurrency market keeps facing a bearish influence as all top 10 coins are in the red zone.

Bitcoin (BTC) has lost the least with a price drop of 8.59% over the last day.

Bitcoin (BTC) could not keep trading above $40,000, having confirmed a mid-term bearish trend. However, the selling trading volume is going down, which means that a bounceback to the area around $45,000 might still happen.

In addition, most of the liquidity is focused at that level.

Ethereum (ETH) is more of a loser than Bitcoin (BTC) as the chief altcoin has lost 11% of its price share.

Ethereum (ETH) might show a similar price action as Bitcoin (BTC) after it has successfully bounced off the support zone. If buyers can keep ETH trading at $2,100, there are chances that the mirror level at $2,600 can be attained by the end of the upcoming week.

XRP is not an exception to the rule, and the price of the altcoin has gone down by 15%.

According to the daily chart, XRP might not have finished its fall. The altcoin is moving to the MA 200 that refers to the support at $0.65. There are chances that a bounceback may happen from that level.

Litecoin (LTC) has fallen the most today as the price drop has accounted for 16.80%.

After a false breakout of the $148 zone, the rate of the "digital silver" has come back to the support zone and seems ready to break out. If that happens, the next area where buyers might again seize the initiative is the $124 mark.