BTC, ETH, XRP and LTC Price Analysis for May 18 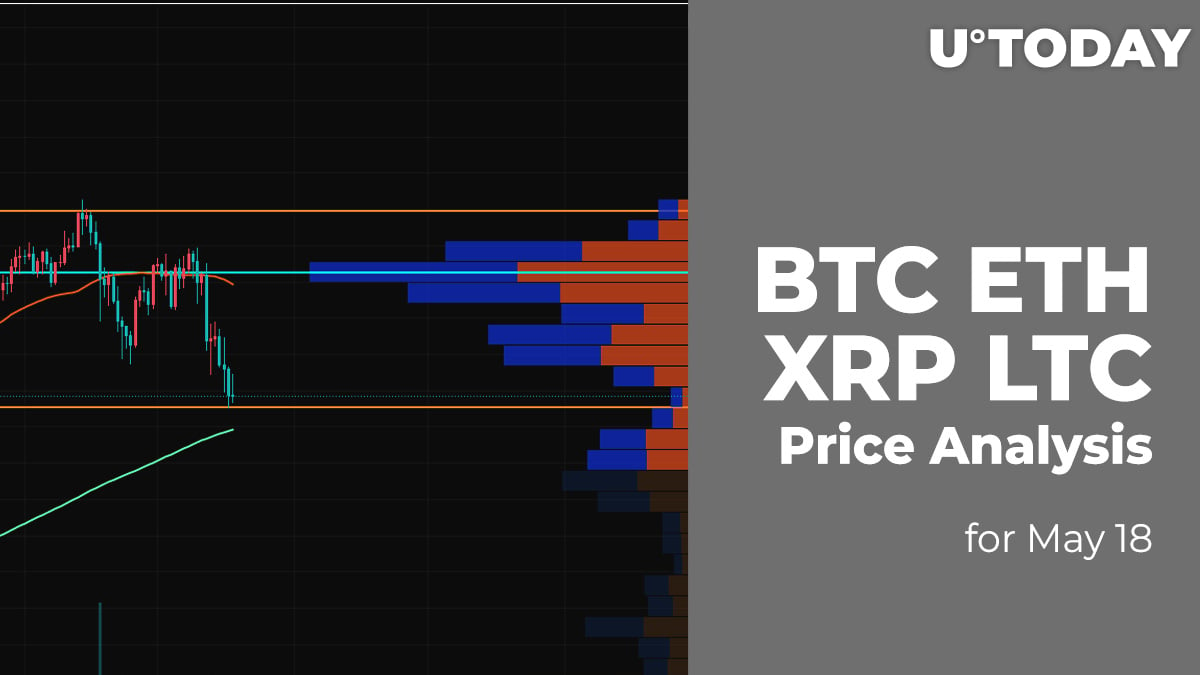 Tuesday started with the bounceback of the cryptocurrency market; however, by the end of the day, bears have seized the initiative.

Bitcoin (BTC) keeps falling despite short-term growth impulses. The decline over the last day is by 22%.

After a false breakout of the $42,000 zone, bulls are not showing any efforts to return the price to the bullish channel. In addition, the buying trading volume is low, confirming the power of bears.

As the MA 200 has not been tested on all exchanges, there is a chance to see one more decline to the zone around $39,700 shortly.

Ethereum (ETH) is showing better price dynamics than Bitcoin (BTC) as the rate of the chief altcoin could even rise by 2% over yesterday.

Ethereum (ETH) is neither bullish nor bearish as the coin keeps trading in a sideways range. The second most popular crypto is trading above the MA 200 on the 4H chart, which means that bears have not seized the initiative yet. Thus, the selling volume has significantly declined. That is why the more likely price action for Ethereum (ETH) is consolidation in the area of $3,200-$3,400.

XRP is the second-fastest-growing coin today from our list, as its rate has gone up by 5.75% over the last 24 hours.

XRP is looking much more bullish than Bitcoin (BTC) or Ethereum (ETH), as the coin keeps slowly growing while the main crypto continues the decline. However, the trading volume is low, which means that buyers are not ready yet for a breakout. Respectively, the consolidation accompanied by a low volatility of about $1.6 might be the more likely scenario for the upcoming days.

Litecoin (LTC) is the top gainer today with a rise of 9%.

Despite the correction by the end of the day, the scenario remains bullish while the "digital silver" remains trading above $262. In this regard, traders may expect a test of the mirror level at $336 shortly.