Denys Serhiichuk
How likely are Bitcoin's (BTC) chances of rising faster than the altcoins? 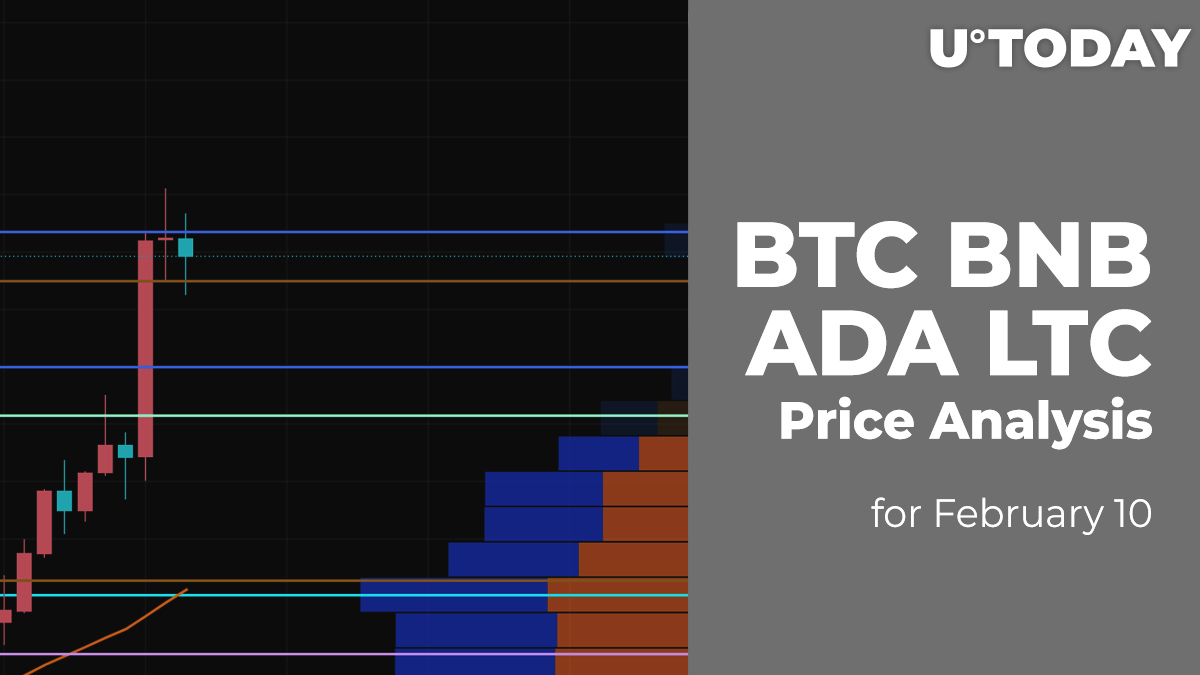 The market has faced a slight correction after a sharp rise, and some coins have entered the red zone. 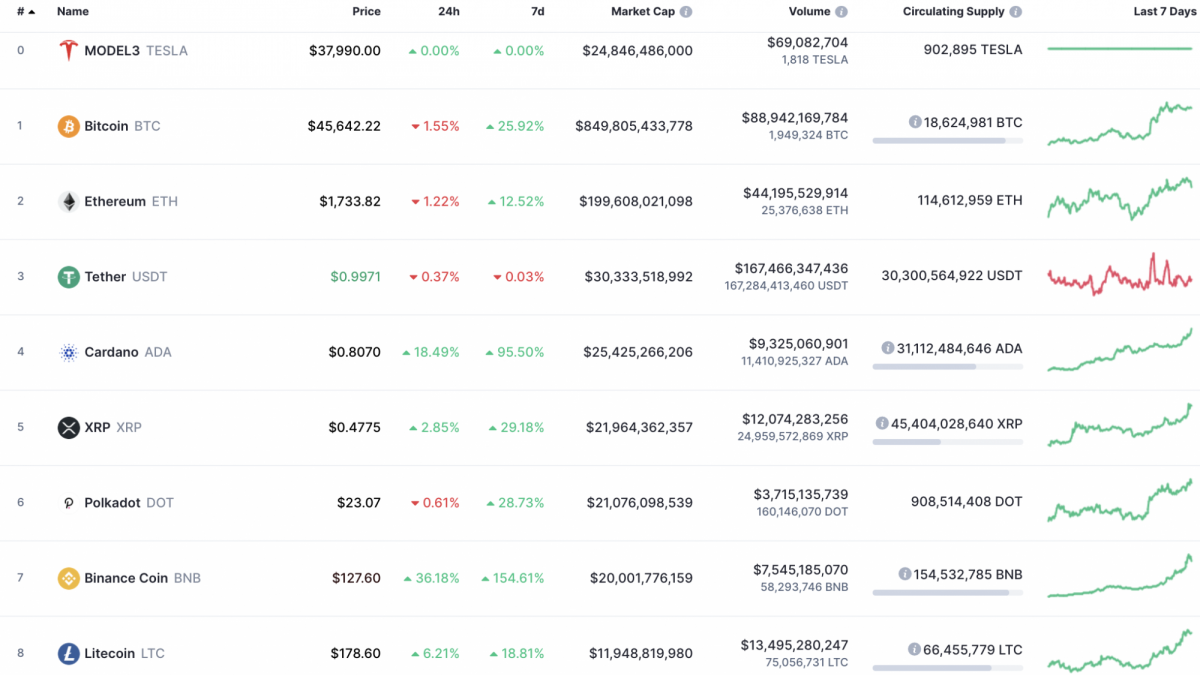 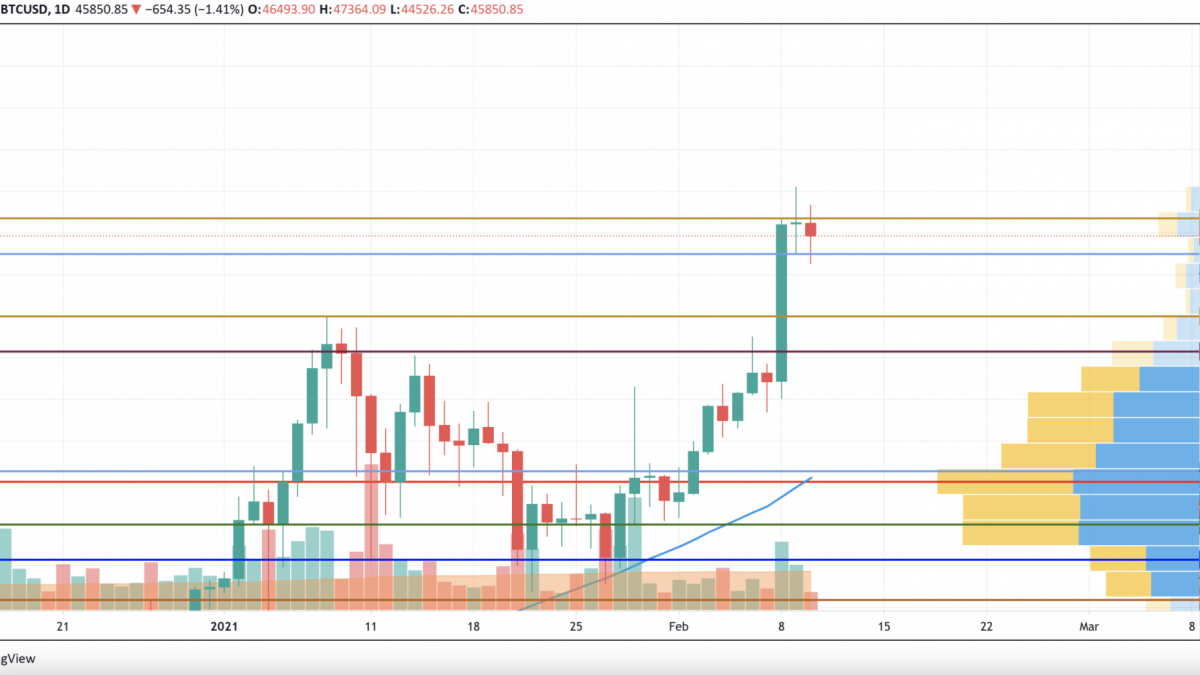 If today the pair is able to overcome this resistance, then this week buyers will test the psychological level of $50,000.

Binance Coin (BNB) is the top gainer from our list. The rate of the coin has rocketed by almost 40%. 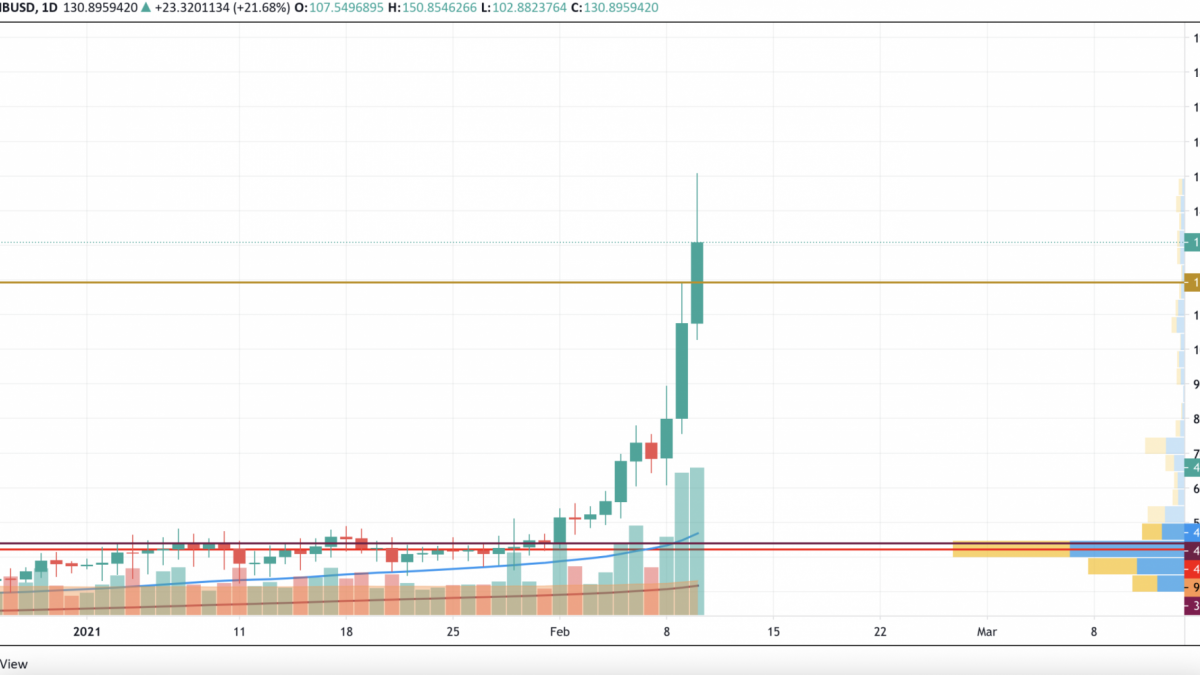 The native exchange token of Binance exchange has shown enormous growth over the last few days, and there is a high possibility of a short-term correction now. Such a move is supported by the low liquidity and the trading volume. In this case, there are chances of seeing Binance Coin (BNB) trading around $120 soon.

Cardano (ADA) is the second-most growing coin from our list. Its rate has increased by 20% over the last 24 hours. 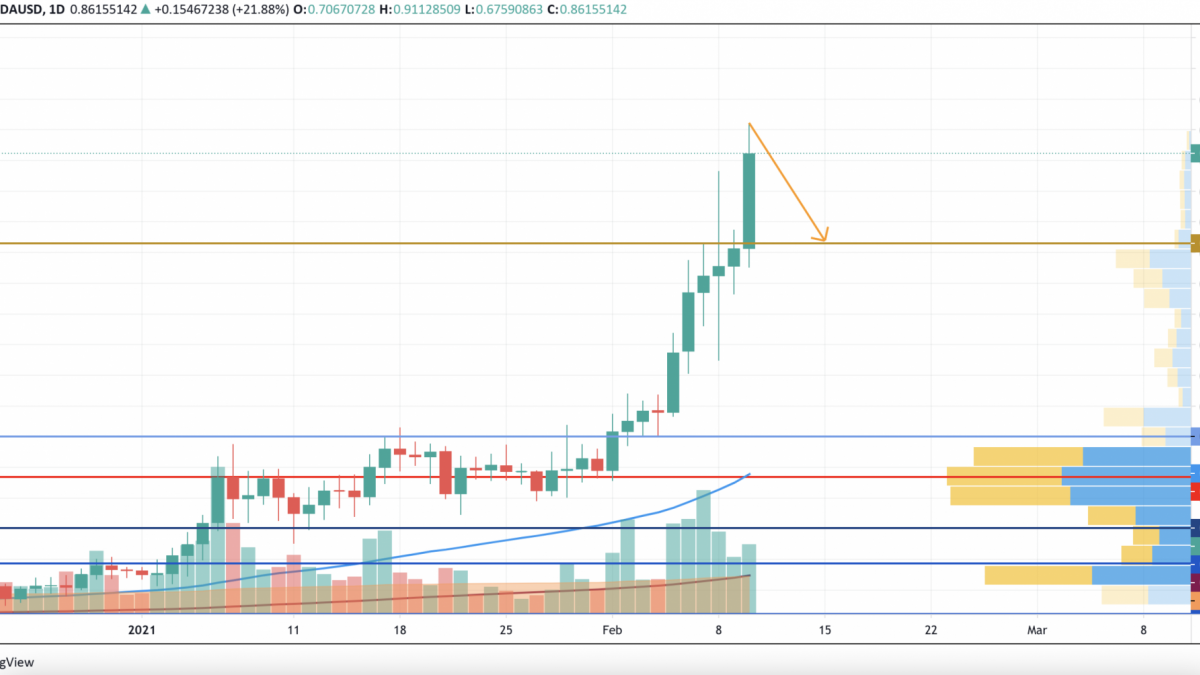 Cardano (ADA) is trading similarly to Binance Coin (BNB). The trading volume is going down, which means that a short drop may bring the rate of the altcoin to $0.71 soon.

Litecoin (LTC) is not an exception to the rule as the rate of the "digital silver" has risen by 7% since yesterday. 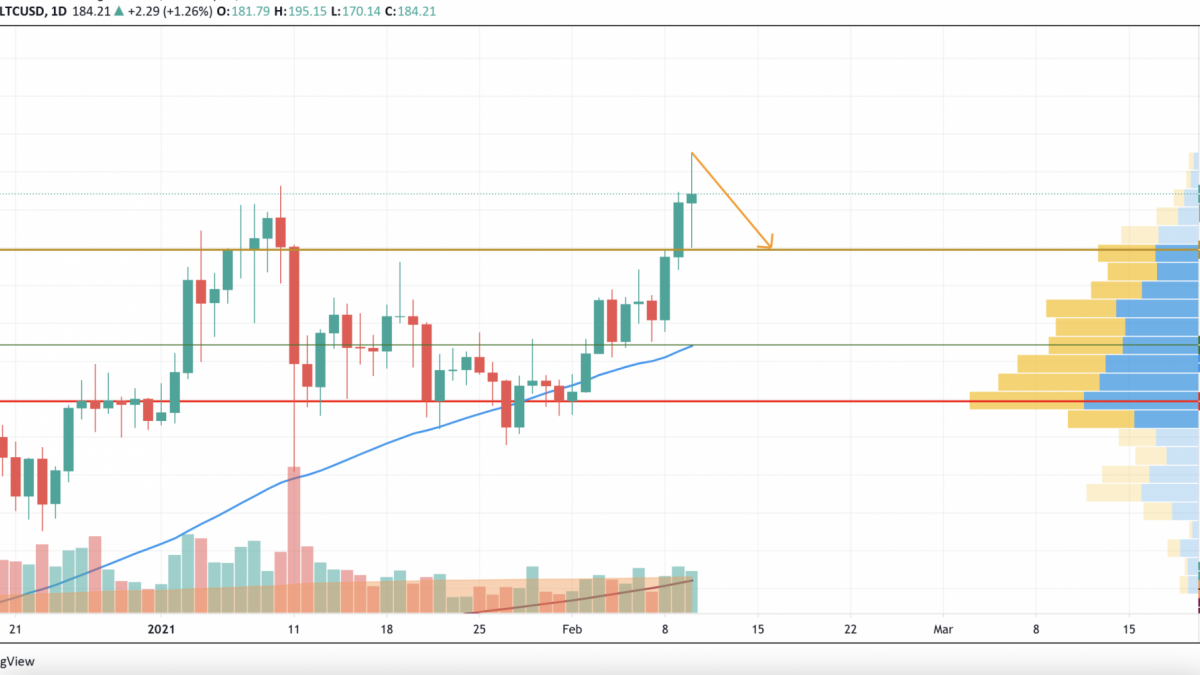 Litecoin (LTC) is likely to retest the recent resistance level at $170 to gain more energy for a continued rise. However, if LTC fixed below this mark, bears might seize the initiative.

Bitcoiners Shouldn't Be Excited About Goldman's Foray, According to Peter Brandt
Show all