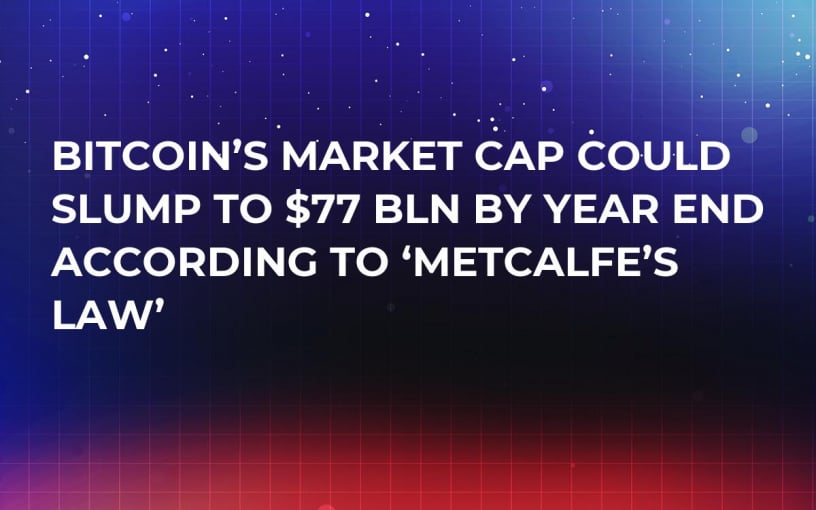 Swiss researchers have identified that the slowing of Bitcoin’s growth in terms of market capitalization could indicate that it has a long way to drop still before the end of the year. By using Metcalfe’s law, which states a network is proportional to the square of the number of users of the system.

According to the researchers, Bitcoin’s market capitalization could go down to as low as $77 bln by the end of the year. Currently, Bitcoin’s capitalization is at around $118 bln, so, if this was to come to fruition, it would indicate a $41 bln decline or 35 percent.

"Looking forward, our analysis identifies a substantial but not unprecedented overvaluation in Bitcoin price, suggesting many months of volatile sideways Bitcoin prices ahead," the Swiss researchers said.