Bitcoin's Difficulty on Track for Historic Drop, but There Is Silver Lining 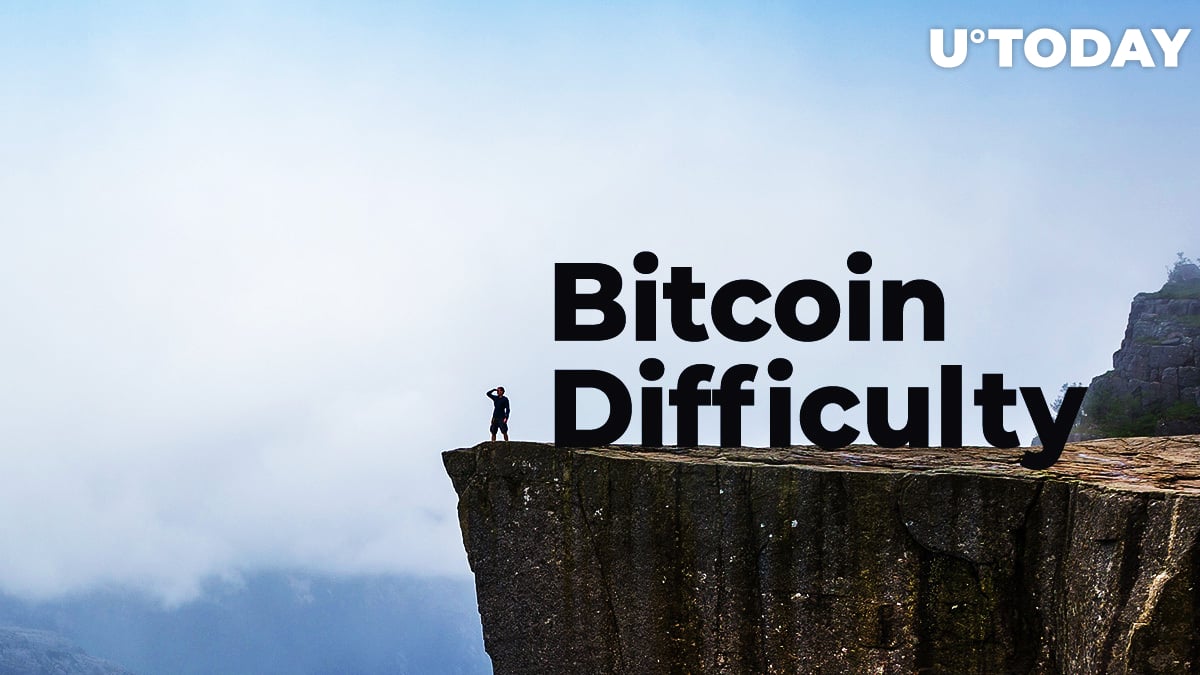 CoinMetrics analyst Nic Carter has estimated that Bitcoin's mining difficulty could plunge by a staggering 15 percent during its next adjustment. This could be the third-biggest drop in Bitcoin's entire history.

So the next difficulty adjustment due in 4 days will reduce difficulty by 13-15%, assuming nothing changes. This will likely be the 3rd or 4th greatest reduction in difficulty in Bitcoin history pic.twitter.com/VdghyKvEfR

Bitcoin's difficulty is set to plunge

As reported by U.Today, Bitcoin's mining difficulty hit an all-time high of 16.55 trillion on March 10. Its adjustments occur every 2016 blocks to reflect market conditions.

After the historic 38 price drop on March 12, many miners were forced to shut down their rigs that are no longer profitable, but the expected difficulty decline will allow them to get back to business.

It is worth noting that Bitcoin's hash rate also plunged to 82 TH/s due to miner capitulation, Blockchain data shows.

Is this bullish for Bitcoin?

Carter also noted that every major negative difficulty adjustment would 'anecdotally' mark the bottom of each price correction. Hence, there is a good reason to believe that BTC could be ready to resume its uptrend.

This goes in line with the recent hash ribbon crossover that tends to be one of the most reliable buy signals.