Antony Koroid
While Bitcoin is under pressure from waves of volatility, rapidly developing stablecoins can become, if not a replacement for the leading crypto, then its alternative 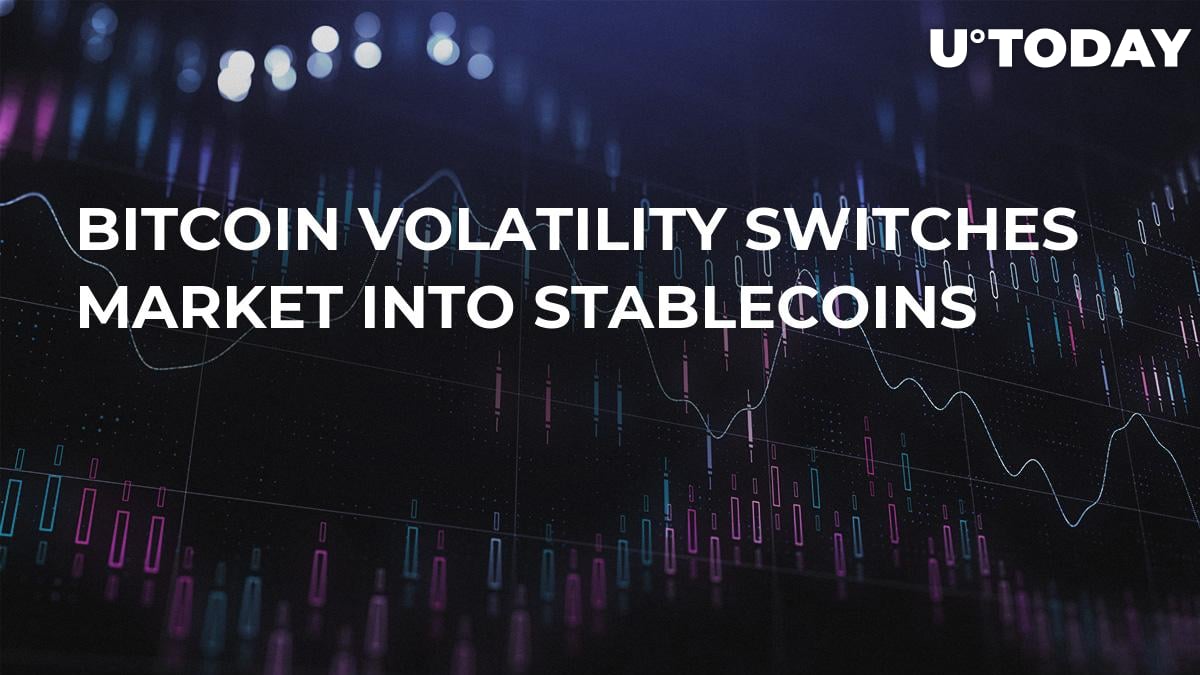 While Bitcoin is under pressure from waves of volatility, rapidly developing stablecoins can become, if not a replacement for the leading cryptocurrency, then exactly its alternative. This opinion was expressed by a Forbes' columnist specializing in cryptocurrency regulation and adoption, Darryn Pollock.

In his opinion, the sharp drop of Bitcoin and altcoins after long months of stability means that the market is returning to an era of volatility, which was always kind of a hallmark of cryptocurrencies.

The upward volatility of 2017 has turned the market from niche to global, but now it has turned into negative expectations and predictions of the imminent collapse of what was earlier proclaimed the "future of money".

While Bitcoin has become a mainstream, for investors and developers, the cryptocurrency ecosystem has turned into a space for the implementation of business projects. Institutional investors are also interested in cryptocurrency, especially when it comes to its underlying blockchain technology.

But now the very mention of digital assets can cause skepticism among serious investors because an asset can lose 10-20% within a few hours, and this isn't the volatility they expected. This brings a new player to the arena: stablecoins. Its popularity can be pushed by the dual nature of volatility.

Stablecoins are, in fact, digital tokens on the blockchain, with value tied to other currency assets. For example, the Venezuelan Petro is tied to the cost of oil. The idea of stablecoins was realized by the rapidly gaining popularity Tether coin, which is pegged to the US dollar to provide higher stability.

The point of stablecoins is to reduce — if not eliminate — the problem of the cryptocurrency market’s volatility in order to make these digital assets more stable. This type of asset deprives the investor of the fear of a sudden fall, as well as the prospects of rapid growth.

Tether caused many questions from investors and market reps. Its issuer, Tether Limited, claimed every issued token is provided by the real US dollar, but no audit to prove it was conducted. In October, Tether suddenly lost its peg to the dollar when its value fell below $1.

But Tether is not the only stablecoin. Founded by the Winklevoss Twins, Gemini offered an alternative to Tether as the most popular stablecoin

Cryptocurrency is still going through a period of formation, often finding itself in trouble. Here we can recall the Bitcoin Cash hard fork or the launch of the Lightning Network. Stablecoin creation could not only be the solution for the volatility problem but could also add vitality to all altcoins.

Stablecoins will stay stable and can be seen as an alternative for traders, startups, and cryptocurrency companies who are not willing to take risks and want to be confident in the safety of their investments. Its distribution will depend on the volatility of the cryptocurrency market in general, the expert concludes.

Darryn Pollock highlights questions regarding the cryptocurrency ecosystem, Blockchain & cryptocurrency, regulation and adoption, and its innovative or disruptive usage.