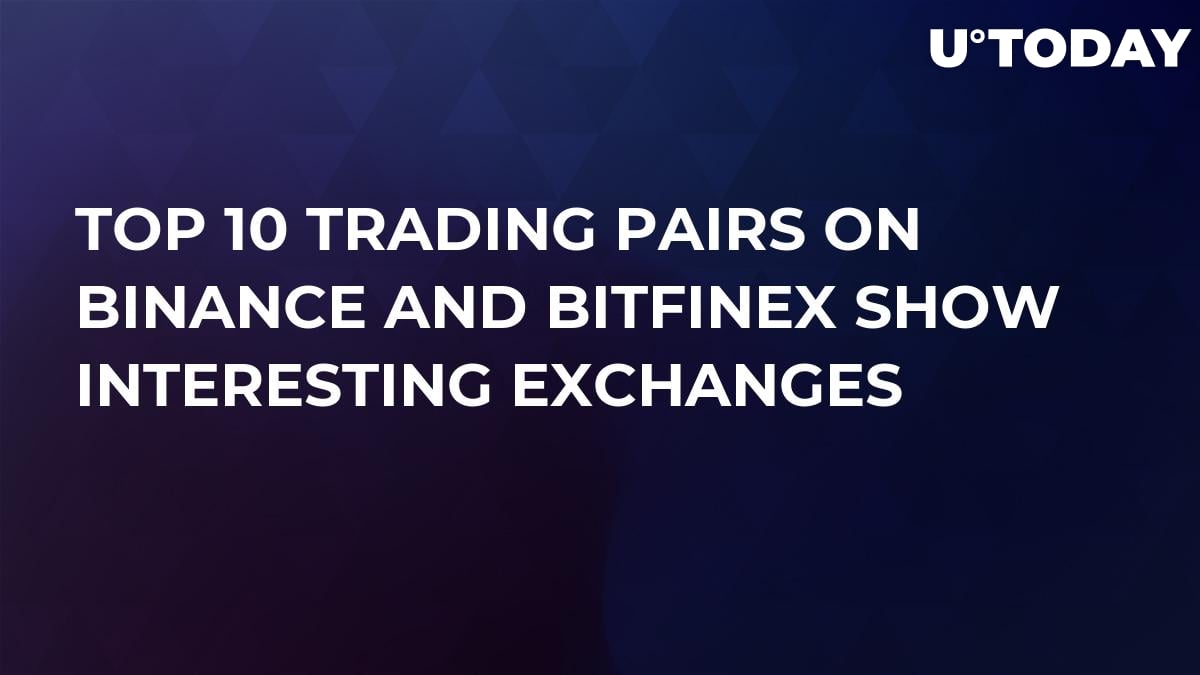 Binance has been in the news for sometime now with its listing acceptance for a number of smaller and lesser known coins, some of which are now being donated to charity. They have been happy to accept all comers, but what is more surprising to see is that some of these smaller coins are making a big splash in trading numbers.

A look at the top 10 trading pairs by number of transactions on Binance shows the usual players at the top; however, one might see it strange that Tether tops the trading numbers:

BTC (Bitcoin) / USDT (Tether) has by far the biggest trading numbers with ETH (Ethereum) / BTC  and ETH / USDT following. But not far down that top 10 list, there are appearances for coins like Red Pulse Phoenix (PHX) and Airswap (AST) which are closer to 200 than 100 on the market cap ranking.

The indication is that many may feel that it is worthwhile putting their cryptocurrency into a stable coin to avoid the volatility of the bearish Bitcoin market while still holding onto cryptocurrencies.

In second place is ETH / BTC showing the two top coins by market cap are heavily traded, but there is also evidence further down the list of Ethereum being traded for the more supposedly stable Tether. Ripple (XRP) makes an expected appearance in a pair with Bitcoin at number four, which is not surprising.

Where things do get interesting is the number of trades from PHX / BTC, more than BNB (Binance Coin) / BTC, as well as AST / BTC and GVT (Genesis Vision) / BTC. Three of these coins, baring BNB, are out of the top 100 coins; however, they are being traded at a large rate for Bitcoin regardless.

On another well-known crypto-trading platform, Bitfinex, we see a different situation with many traders opting for crypto to fiat currency exchanges: 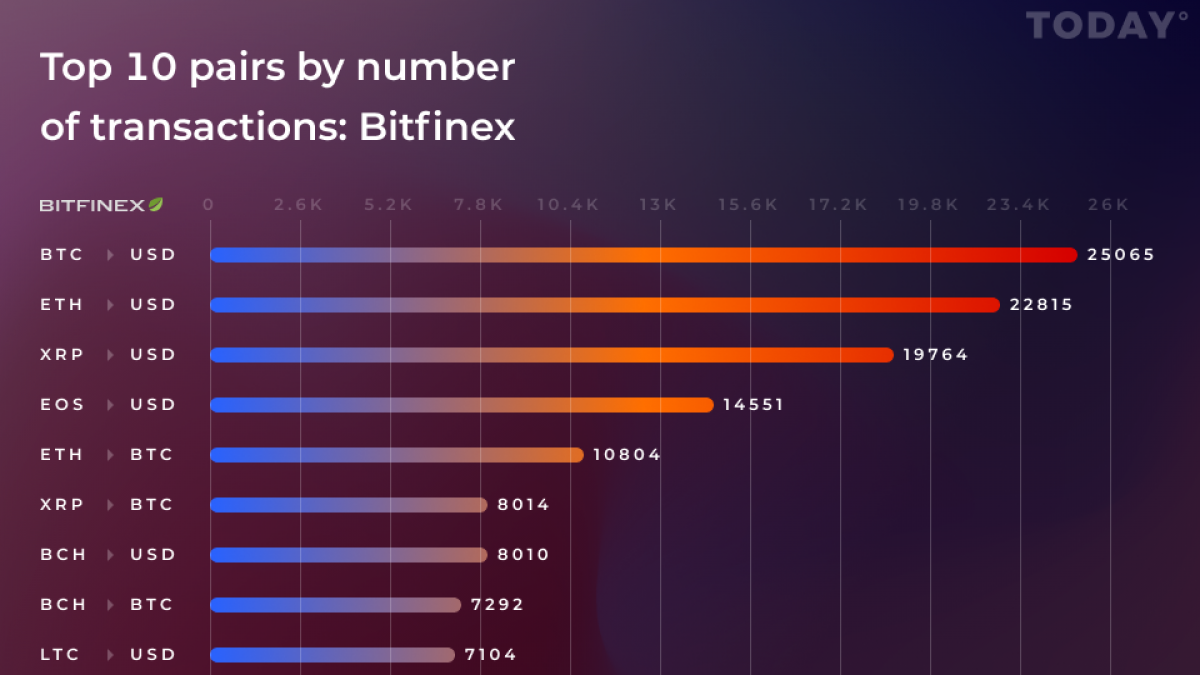 The first four leading pairs on the list are all made up of crypto to fiat (US dollar) exchange pairs with Bitcoin, Ethereum, Ripple, and EOS respectively, all of whom are also crypto leaders by market cap, in that order.

Further down the list we see crypto pairs, ETH / BTC and XRP / BTC, followed by the rest, among them trading pairs that include Bitcoin Cash (BCH / USD, BCH / BTC) and Litecoin (LTC / USD). Interestingly, pairing with the US dollar aside, EOS does not comprise a separate pair with another cryptocurrency on Bitfinex; moreover, EOS is left out of Binance’s Top 10 list altogether, which could, in fact, be interpreted as a positive sign of the coin’s relative stability at present.

Here is the situation midweek. Stay tuned for more.