Andrew Strogoff
Bitcoin, Litecoin, Monero and NEO seem to be more optimistic, but bears are still trying to change the situation 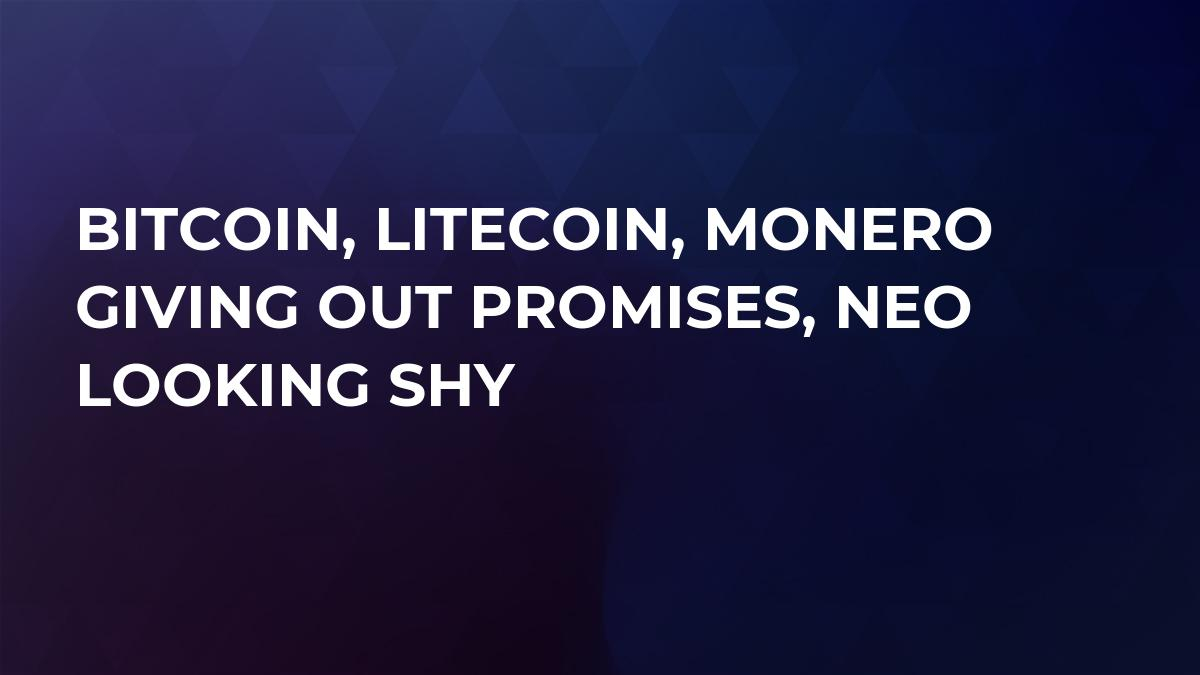 All the reviewed currency pairs started to grow today. BTC/USD, LTC/USD, XMR/USD crossed a couple of levels and seem to restore their local uptrends as they are higher than their local ascending trend lines. Neo is still hesitating, indicating that bulls don’t have enough power to change the situation.

The currency pair is above the Ichimoku cloud as well. All those indicators signal the possibility for the bulls to take the initiative in the short term. Current scenarios for Bitcoin are the following:

There are two main scenarios for Litecoin at the time of writing:

Monero is trading below the ascending trend line, but above the descending mid term trend line, meaning the bulls have almost gained the momentum and have the opportunity to change the situation. XMR/USD is above the Ichimoku cloud and crossed two levels within several hours, indicating serious intent.

The main two scenarios for the next 8-10 hours are the following:

NEO looks like a “shy guy” as compared to the other assets. The currency pair attempted to test the ascending trend line, but failed even to make a fakey and still stays below the mid term trend line. However, the good news for bulls is that NEO/USD is above the Ichimoku cloud.

There are two main scenarios for the currency pair: