Alex Dovbnya
Bitcoin crashes to $29,000 as yolo stocks are stealing its mojo 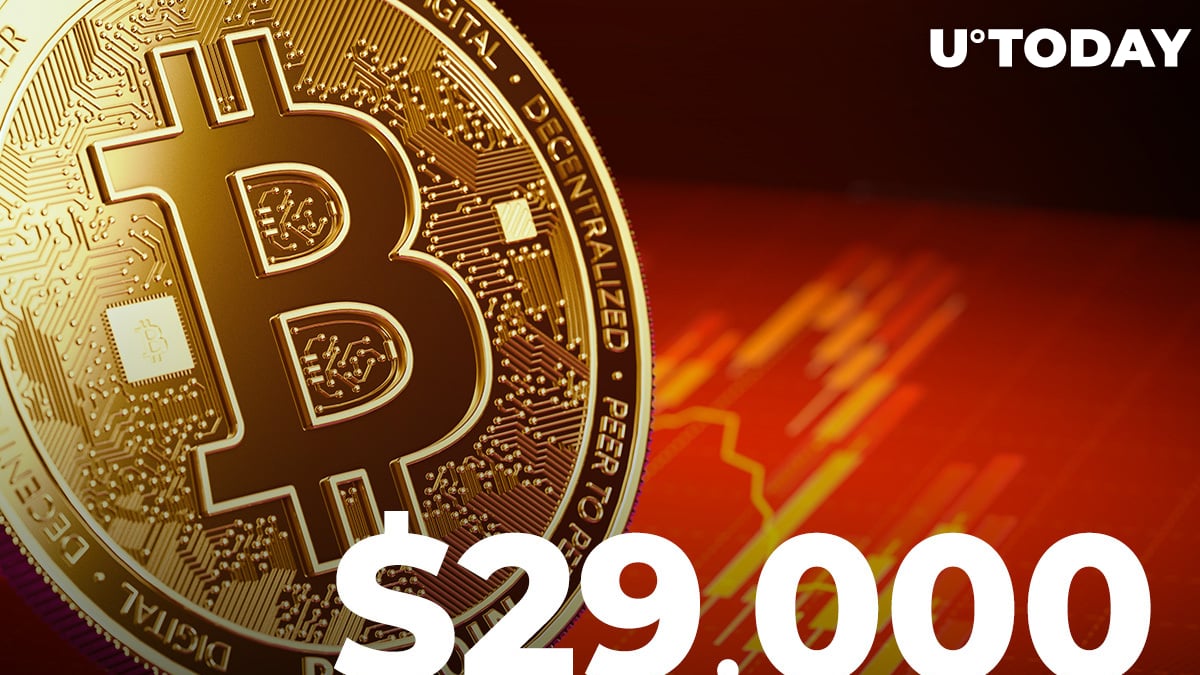 There is no end in sight for the ongoing Bitcoin correction as the cryptocurrency is now trading below $30,000 for the first time since Jan. 22.

All eyes on "yolo" stocks

With the soap opera around the GameStop stock turning into something of a class war between average retail investors from r/wallstreetbets and hedge funds, crypto is attracting very little attention at the moment.

GameStop is far from being the only overhyped stock right now. Blockbuster soared over 774 percent earlier today while AMC, another darling of the "you only live once" crowd, is currently up 232 percent.

Related
Bitcoin Could Be Another Store of Wealth: BlackRock CEO

The U.S. Dollar is ripping higher

A strengthening U.S. Dollar is not a friend of Bitcoin bulls. At 2:57 p.m. UTC, the dollar index (DXY), which stacks up the greenback against other major currencies, soared to 90.88, its highest level since Dec. 21.

After spotting buying pressure from whales on Coinbase, the CryptoQuant CEO then noted that their presence was short-lived, which resulted in a diminishing premium on the exchange.

Spot buyers on the largest American exchange were believed to be the main driver behind Bitcoin's record-breaking rally to $42,000 earlier this January.