Yuri Molchan
The Index of Fear and Greed hits the 23 mark, Bitcoin price is performing 0.618-0.65 Fibonacci level retrace – those are good signs, a crypto analyst believes 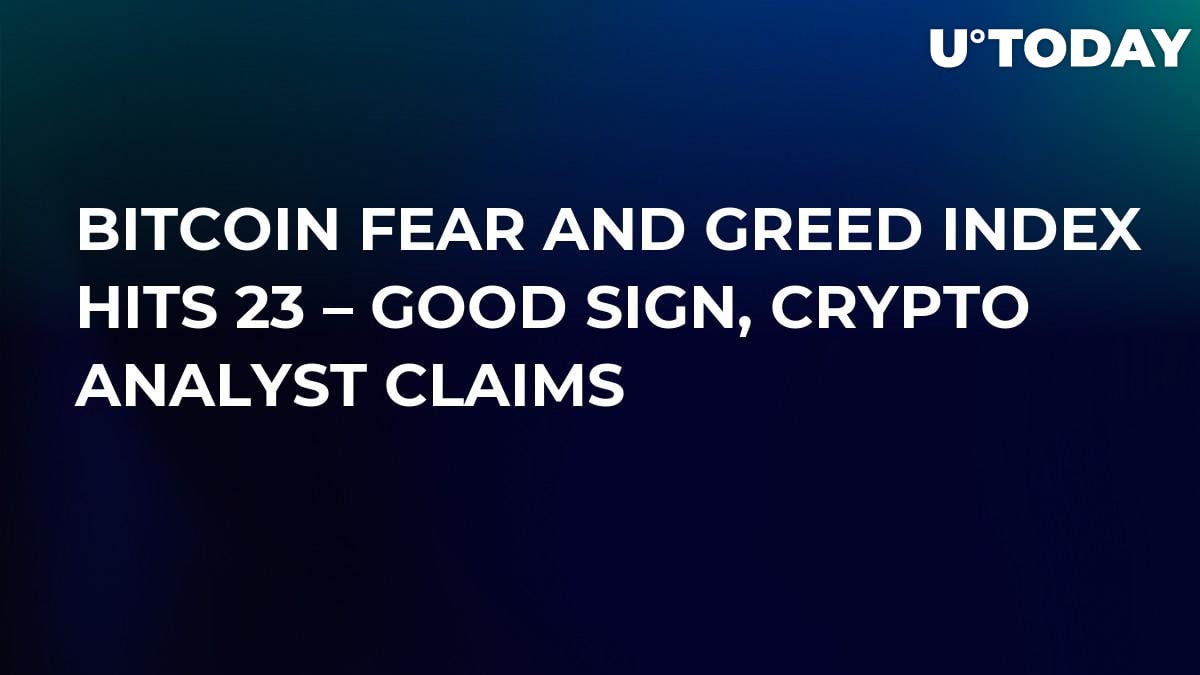 Despite the Bitcoin price dropping heavily over the past few days, many in the crypto community remain optimistic. Some are saying that big retracements are normal. Tuur Demeester believes that the overall Bitcoin uptrend started in 2015 is still intact.

Peter Brandt, the legend of the traders’ world, supports him by saying that all so-called bulls must be purged on Twitter so the market can have a proper buy signal and push the Bitcoin price towards $50,000.

One of crypto analysts is pointing out the low figure of the Fear and Greed Index, where fear is incresing, claiming this could be a good sign for Bitcoin.

The analyst @CryptoMichNL says that the Fear & Greed Index has dropped with fear rising 23 percent.

The expert says a big growth of fear in this index is good. This is because as fear grows and the BTC price drops heavily, major investors (the so-called gain hunters) tend to follow fear of the market majority and start buying.

Besides, as the index value approaches the highest point of fear (the lowest value of the index), the index reverses and greed starts growing. This affects the Bitcoin price positively.

The same analyst says that Bitcoin is going through the 0.618-065 Fib level retrace. Often seen in uptrending markets, he points out.

Often seen in up trending markets. However, seems to believe as something terrible after such a heavy drop (while daily is massive).

@CryptoMichNL also emphasizes that a similar retrace was observed in 2017, when China imposed its crypto ban.

The co-founder of Litecoin, Xinxi Wang, reminds his followers that the massive bull run in 2017 started exactly after China made a move and banned ICOs, Bitcoin and crypto exchanges. Yesterday, China initiated another round of its war against crypto exchanges. Who knows how it will affect the market this time, he writes.

Last bull run was immediately after China's crackdown of crypto exchanges. What will happen this time?