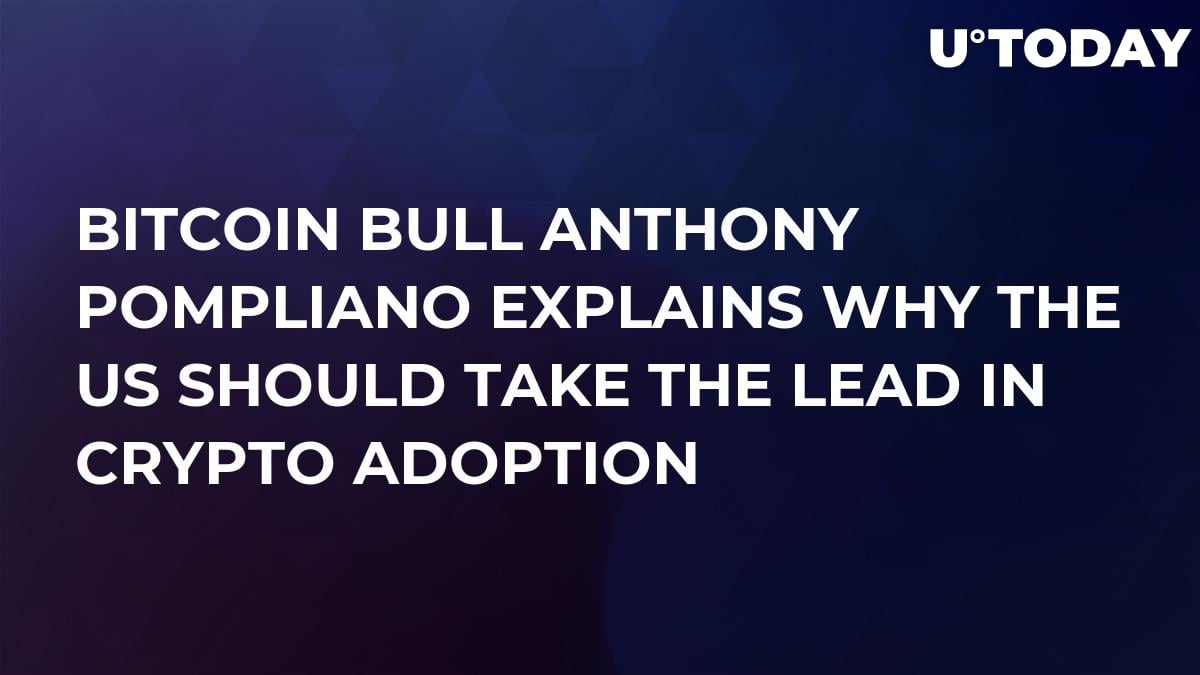 During a recent episode of CNBC’s ‘Squawk Box,’ Bitcoin bull Anthony Pompliano has weighted on the global crypto race. He believes that one country, whether it’s China, Russian or the US, will end up will embrace Bitcoin ‘in a very serious way.’

Pompliano claims that nobody can stop Bitcoin. Hence, the country adopts that adopts Bitcoin first will have a serious advantage while other counties will be playing catch-ups.

Which country will embrace Bitcoin first?? ?

As reported by U.Today, crypto juggernaut Ripple called for a common-sense cryptocurrency framework that would allow the US to assert its dominance in the industry.