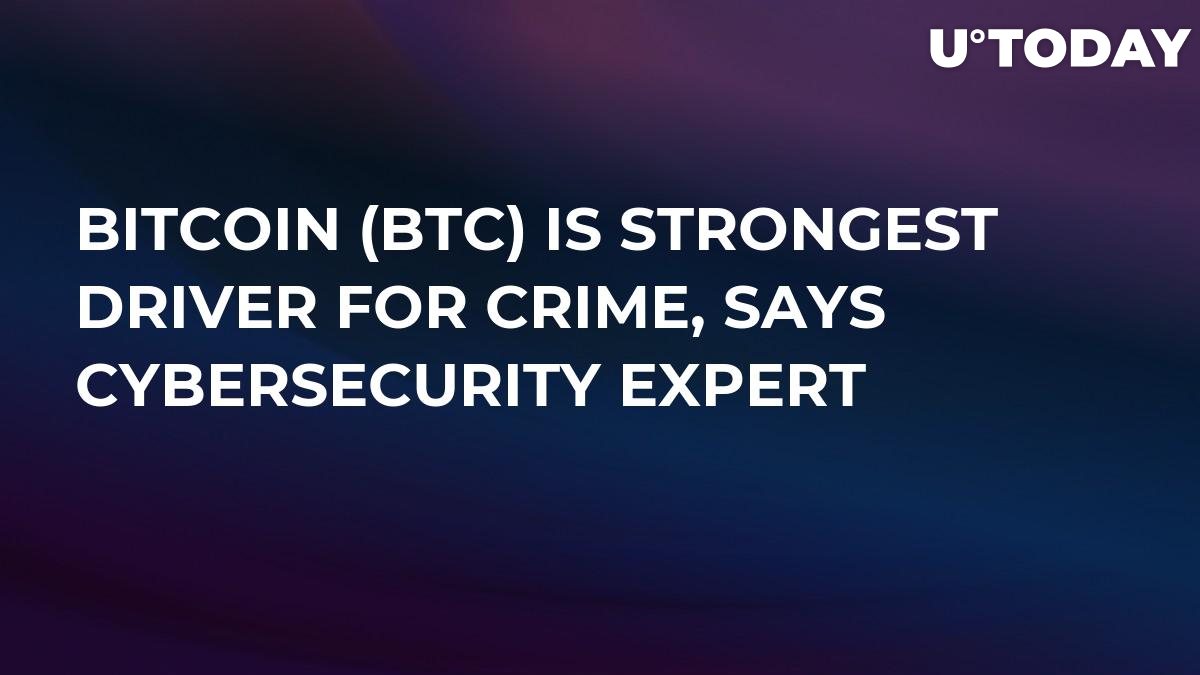 Bitcoin (BTC) has been named as one of the 'strongest drivers' for crime by Menny Barzillay, the head of cybersecurity consulting at Herzog Strategic. According to Barzillay, who joined other pundits during an event at Tel Aviv University, the leading cryptocurrency is dangerous because it allows bad actors to send money on the internet in a similar fashion to cold hard cash.

"Bitcoin is like cash money that you can actually send over the internet and this is one of the strongest drivers for crime today," Barzillay said.

Given that Wall Street is now actively dabbling in Bitcoin, it might seem that the cryptocurrency is far beyond its Silk Road days. However, it's actually getting even more popular on the dark web. As reported by U.Today, criminals spent more than $1 bln in darknet markets in 2019 alone.

After the FBI shut down Silk Road in 2013, new upstart black markets successfully took its place. Bitcoin remains the most popular currency there despite the availability of seemingly more desirable payment options such as Monero (XMR) and other privacy coins.

There is a catch

So, why does Bitcoin remain the darling of criminals? Barzillay believes that it's because it allows monetizing criminal activities in a secure way. Hence, it solved the biggest problem of lawbreakers on the internet.

That said, Messari's founder Ryan Selkis recently described the orange coin as a "very lousy" way to pay on the dark web. Contrary to popular belief, Bitcoin is only pseudo-anonymous with all transactions being permanently recorded on a public ledger. Firms in the likes of Chainalysis will make sure that darknet users will be haunted for years by their petty drug purchases.