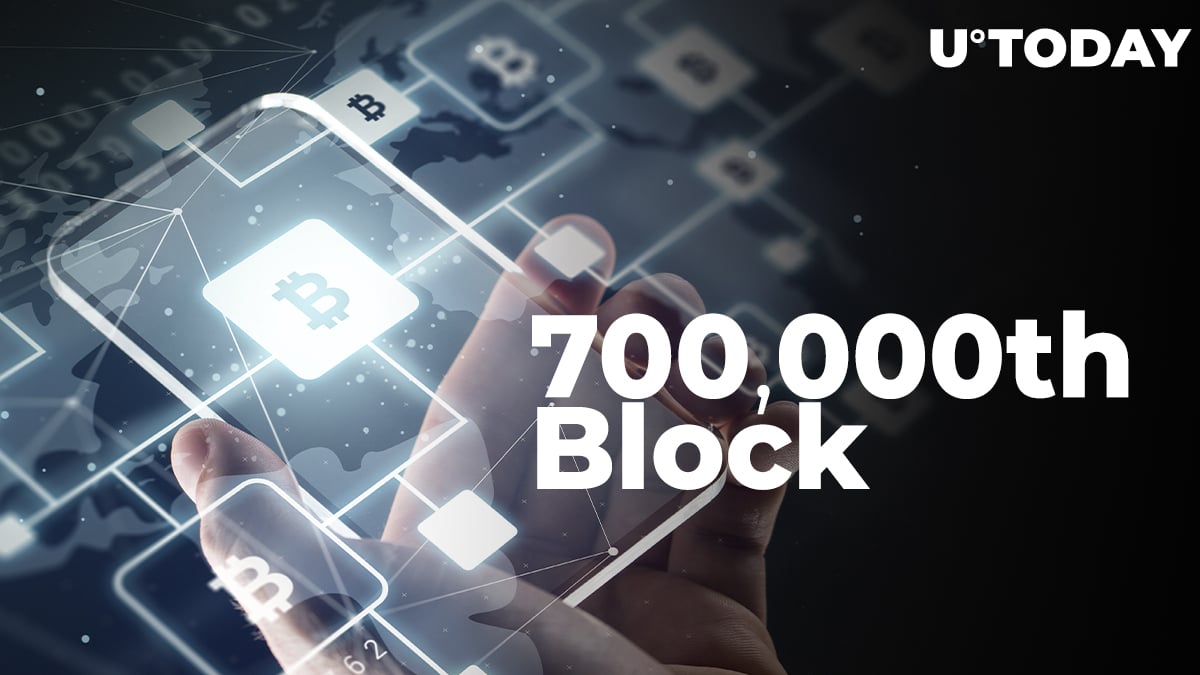 Bitcoin, the largest cryptocurrency, recorded its 700,000th block on Sept. 11.

At this point, 89.58% of its total supply has already been issued. The total number of coins in circulation currently stands at 18.812 million.

On average, new blocks get generated about every 10 minutes, but it’s impossible to predict know how exactly long it will take to produce one. When the mining difficulty is too high, block production can become significantly slower. As reported by U.Today, it took almost 122 minutes to mine just one block, which was the longest block production time in almost a decade.

After Chinese miners started switching off their equipment due to a country-wide crackdown on the industry earlier this year, the average time needed to produce one block increased to nearly 13 minutes before Bitcoin’s biggest negative difficulty adjustment in its entire history.

Starting from May 11, 2020, miners get a 6.25 BTC reward for each valid block. The quadrennial halving event, during which Bitcoin’s issuance rate gets slashed by 50 percent, occurs after every 210,000th block.

How many blocks are left?

While Bitcoin’s total supply is limited to only 21 million coins, there is no maximum number of blocks that can be produced on the blockchain.

The chain will keep getting longer even after all the coins are mined, which is expected to happen roughly in 2140.

Miners will keep adding more blocks to the chain in order to confirm transactions and receive fees.

Hence, as long as people keep transferring new coins, new blocks will continue being added to the chain.