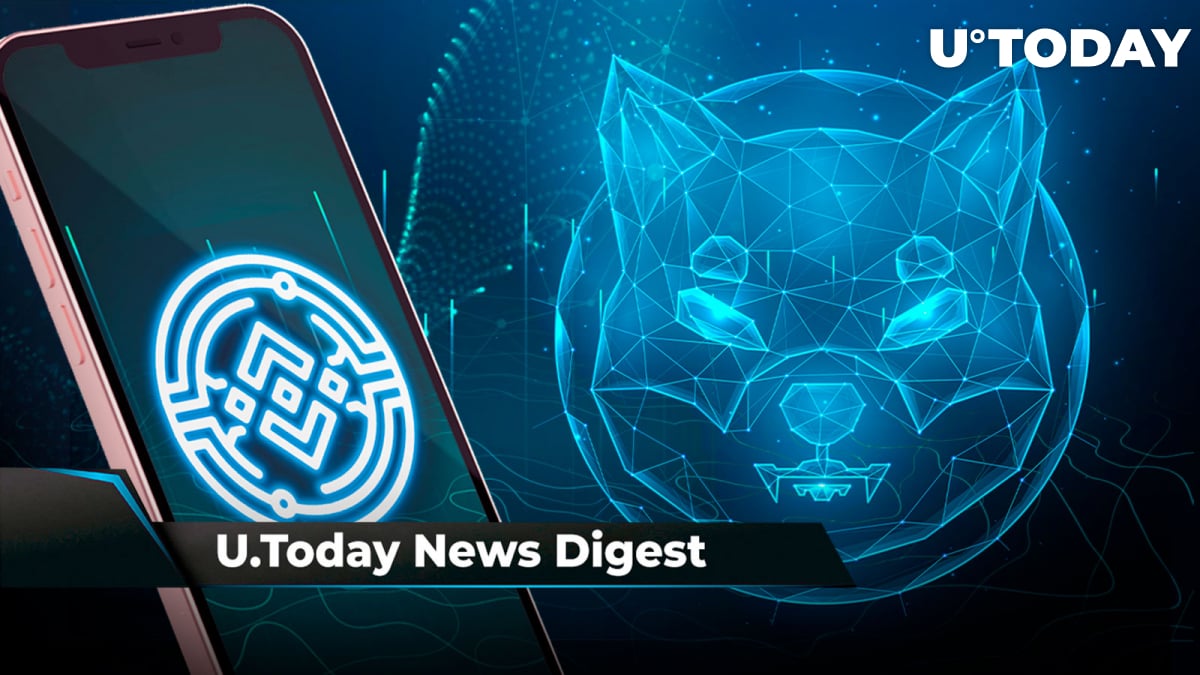 The unstable situation on the market does not seem to bother Binance CEO Changpeng Zhao as he continues to hold his cryptocurrencies. To showcase his strong conviction, CZ shared in a recent tweet that he has not sold any Bitcoin or Binance Coin despite the fact that the two cryptocurrencies are now down 70.85% and 65.86% from their respective all-time peaks. According to the Bloomberg Billionaire Index, Zhao is worth $18.7 billion, which makes him the 77th richest person on the planet. His net worth has suffered a whopping $77 billion drop due to the dire state of the cryptocurrency market.

After teasing the SHIB community with his mysterious tweets, Shytoshi Kusama, one of the main developers of the Shiba Inu project, has shared several insights regarding both the future of Shiba Inu and its side branches. First, Kusama pointed out the intensified work on the interface and the usability of Shibarium, Shiba Inu's Layer 2 solution, adding that everything is proceeding as planned. Then the developer gave an update on Shiba Inu's SHI stablecoin. If there are no obstacles, SHI should be released as early as 2022, Shytoshi said. The developer further apologized for the delay in working on SHIB Metaverse, explaining that the release date should not have been published in the first place. He also mentioned additions to the project team, which should make SHIB Metaverse a AAA-level project.

Peter Brandt, one of the most well-known traders in the crypto and financial industries, shared with his subscribers the Bitcoin chart pattern that could determine the next move of the digital currency. Additionally, Brandt made a sarcastic remark, stating that if a pattern on the chart looks like a pennant and behaves similarly, it is most likely a pennant. Unfortunately, another pennant for Bitcoin suggests that the king crypto may experience more losses in the next few days or even weeks. The provided chart showed that Bitcoin had already painted two patterns previously that indicated an upcoming spike in volatility. Unfortunately, it was a downward spike that pushed the price of the first cryptocurrency below $20,000.

Cardano has got "Tsunami" in works: IOG's technical architect

In his latest interview, Duncan Coutts, Cardano's IOG Principal Technical Architect, shared his excitement about incoming projects and upgrades for Cardano, touching upon three specific topics: Input endorsers, peer-to-peer networking and Vasil hard fork. Input endorsers aim to improve block propagation times and allow for higher transaction rates by enabling transactions to be separated into preconstructed blocks. Peer-to-peer networking is an additional step toward giving the community control over the network; it will eliminate node-to-node connectivity and instead foster direct communication between peers. The Vasil enhancements are a key element of optimizing and scaling Cardano to better support DeFi applications. A crucial component of Vasil will be the introduction of “diffusion pipelining” that will allow for continued network tuning and optimization, including an increase in block size.