Bank of Israel Warns against Launching Digital Shekel for Now 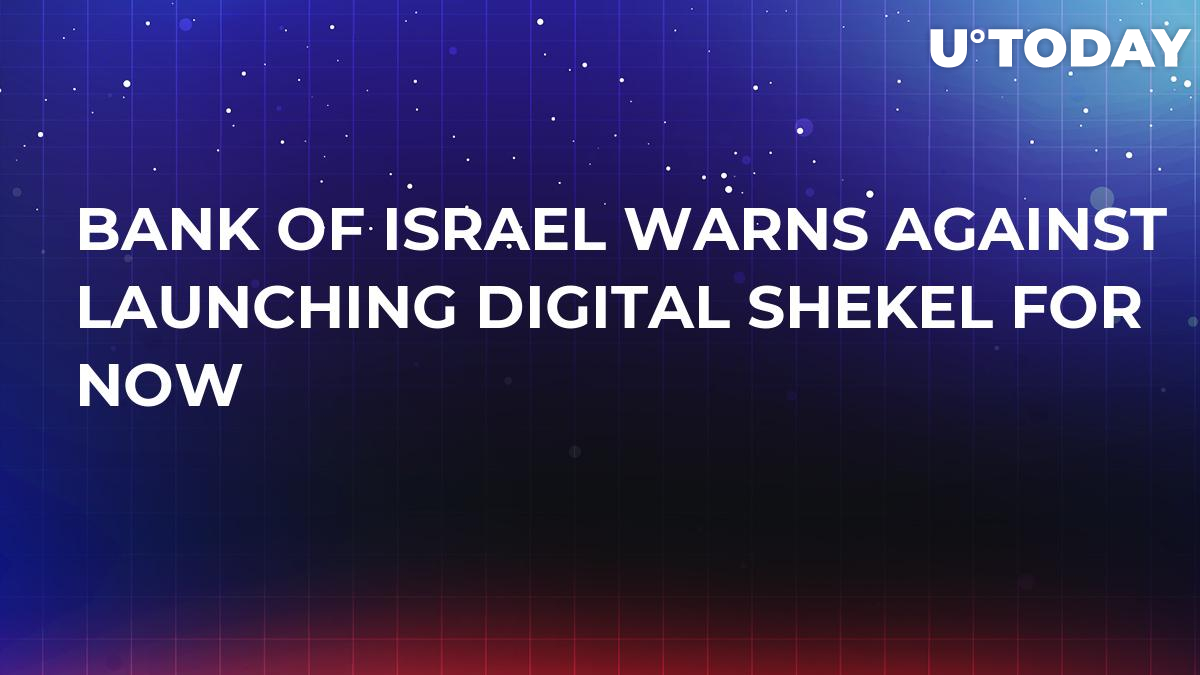 The bank’s report has found that the coin that has been looked into does not match the current needs of the country on several points. The research recommends not to create such a coin, dubbed a Digital Shekel, in the short term.

Why the crypto shekel must be put away

Back in December 2017, the Finance Ministry of Israel joined the Bank of Israel (BoI) in forming a team to research the weak and strong points of creating an Israeli Central Bank digital currency (CBDC). Among the positive sides of such an asset at that moment were a chance to make a tool for quicker, almost instant funds transfers and also a chance to decrease an unreported economy which could have boosted tax receipts.

However, the current report does not exclude the issuance of the coin altogether but just strongly recommends postponing it for an uncertain period. While the coin making is postponed, the research group wants to continue studying the matter and watch how this industry is developing in other countries around the world until it finds a proper basis for finally releasing CBDC.

The report also says that no other government in the world has yet issued a state-backed crypto coin, except Venezuela. However, Petro is widely believed to be a controversial coin.

Some news outlets even reported that the Petro creators had largely copied the code of the Dash coin.

Digital shekel would help when cash is dropped

The report of BoI also says that another reason why the digital shekel does not seem to be relevant now is that it can be useful in case cash usage becomes greatly reduced as it is in Sweden at the moment. However, Israel is not facing this problem now.

One more reason to create a bank-issued coin is to support the current payment systems to make them work more effectively. In this case, the CBDC would be an extra monetary tool, although not the main reason for launching the crypto shekel.

The report claims that the crypto shekel can potentially be the source of a bunch of dangers and risks to the existing monetary system of Israel, its payment system, as well as to the BoI itself. These risks have to be fully researched and evaluated before the coin is produced and launched. The full version of the report in English can be viewed here.