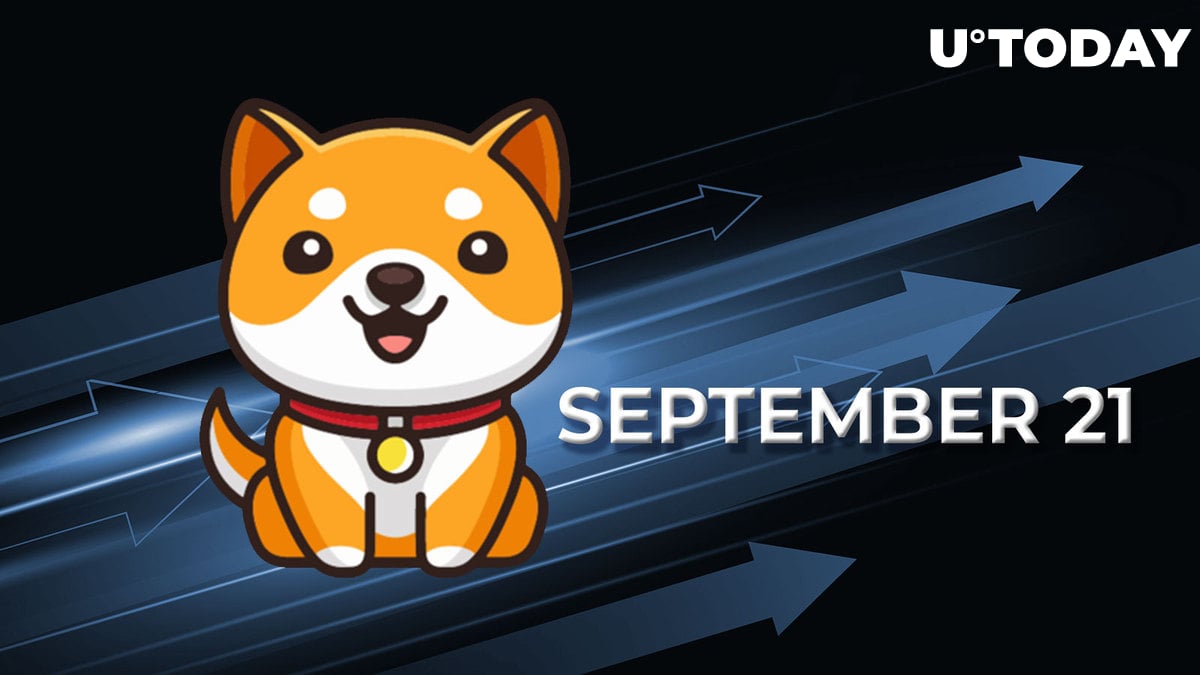 According to a recent tweet from Baby Doge Coin, the team intends to announce the date when they plan to roll out the BabyDoge Swap mainnet tomorrow, Sept. 21.

We will be announcing the official launch date of #BabyDogeSwap main net tomorrow at 10:15am EST ! 🐶 pic.twitter.com/tTqFDA8zhY

Baby Doge Swap protocol about to launch on mainnet

Earlier this year, in mid-August, the team launched the Swap testnet on BNB Chain, as covered by U.Today. The new swap protocol is expected to allow users to conduct token swaps, yielding and staking. The launch of this decentralized exchange was announced in mid-April.

One of the most popular meme coins, BabyDoge was launched on June 1, 2021, shortly after Bitcoin and Dogecoin soared to their all-time highs of $63,503 on April 13 for BTC and $0.7376 for DOGE on May 8. Along with Shiba Inu, BabyDoge is a copycat of Dogecoin.

On July 1, Elon Musk, the biggest and most influential supporter of Dogecoin, mentioned Baby Doge in his tweet. The BabyDoge account responded, "We love you, Elon" to that.

Ads
Ads
Related
Amazon to Help Burn 140 Million SHIB, Here’s How Much Will Be Burned via E-Commerce Giant

Today, WhaleStats BSC on-chain crypto tracker shared that BabyDoge meme coin had emerged on the list of most used smart contracts, now holding spot number five. Over the period of the past 24 hours, the usage of this smart contract dropped by 21.78%. Currently, this metric stands at 1.16%.

JUST IN: #BabyDoge @babydogecoin once again a MOST USED smart contract among top 4000 #BSC whales in 24hrs 🐳