APE Rises 8.25%, While Top 30 Cryptos Go Red, As It Becomes Most Popular Smart Contract for Whales

Yuri Molchan
ApeCoin at the moment is nearly the only coin in top 100 that is trading in green, and it shows biggest growth 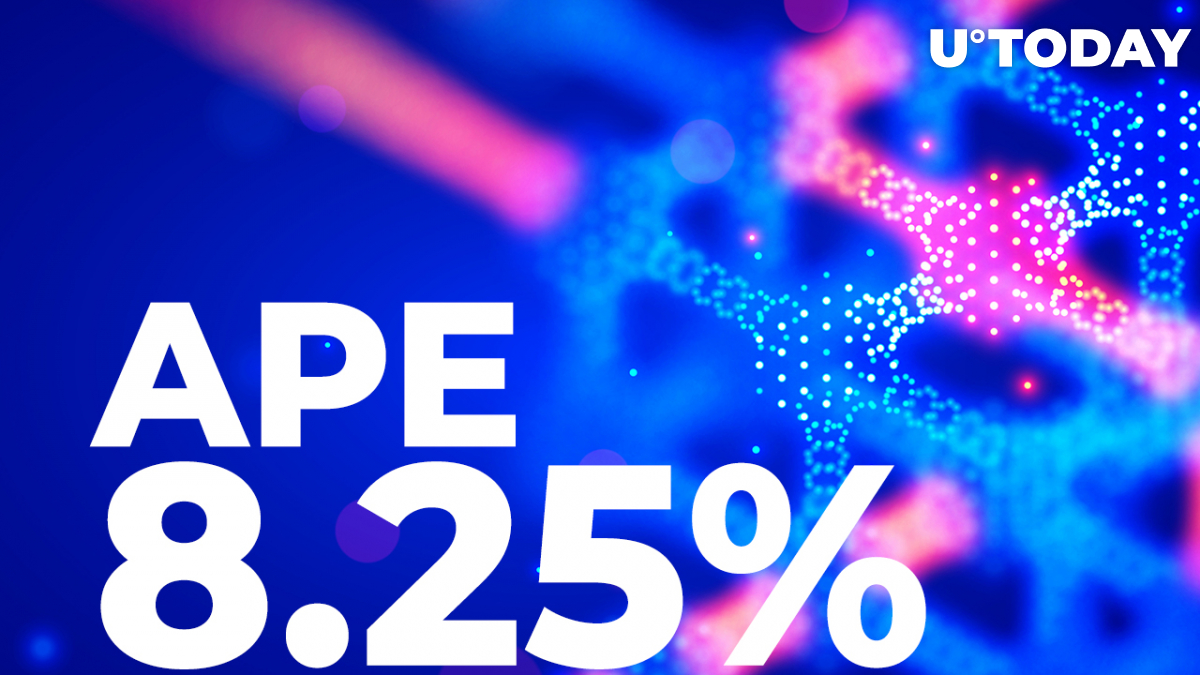 The trendy ApeCoin, ranked 29th by CoinMarketCap, is demonstrating more than 8% growth today, while the majority of the rest of the top 100 list of digital assets is trading in the red.

As per the data provided by WhaleStats, ApeCoin has become the most popular smart contract among the top 500 whales on Ethereum. This means that investors are actively purchasing this token, adding it to their crypto holdings.

JUST IN: $APE @apecoin once again a MOST USED smart contract among top 500 #ETH whales in 24hrs ?

However, the situation has changed quickly, and APE by now is the holder of spot eight on the list of the most used smart contracts. It is in sixth place among the top ten coins that ETH whales are after.

As the global flagship cryptocurrency, Bitcoin, dropped to the $38,000 level, falling below the ascending channel that has been forming on charts since the start of the year.

As it happened, a whopping $200 million worth of liquidations of long orders in Bitcoin have taken place in the past 24 hours.

This is the continuation of Friday's fall of Bitcoin; on that day, the leading cryptocurrency slipped below the $40,000 level on the news that, in May, the Fed will discuss raising the interest rate by 50 basis points.

By the end of 2022, the U.S. central bank intends to make an overall increase in the interest rate by 250 basis points.

So far, APE seems to be profiting from Bitcoin's decline, being nearly the only coin not only on the top 30 but on the top 100 list.