Is NFT Industry Dying? ApeCoin Rallies by 30% with No Reasons Again

Arman Shirinyan
While cryptocurrency enthusiasts call on the death of the industry, APE rallies by another 30% 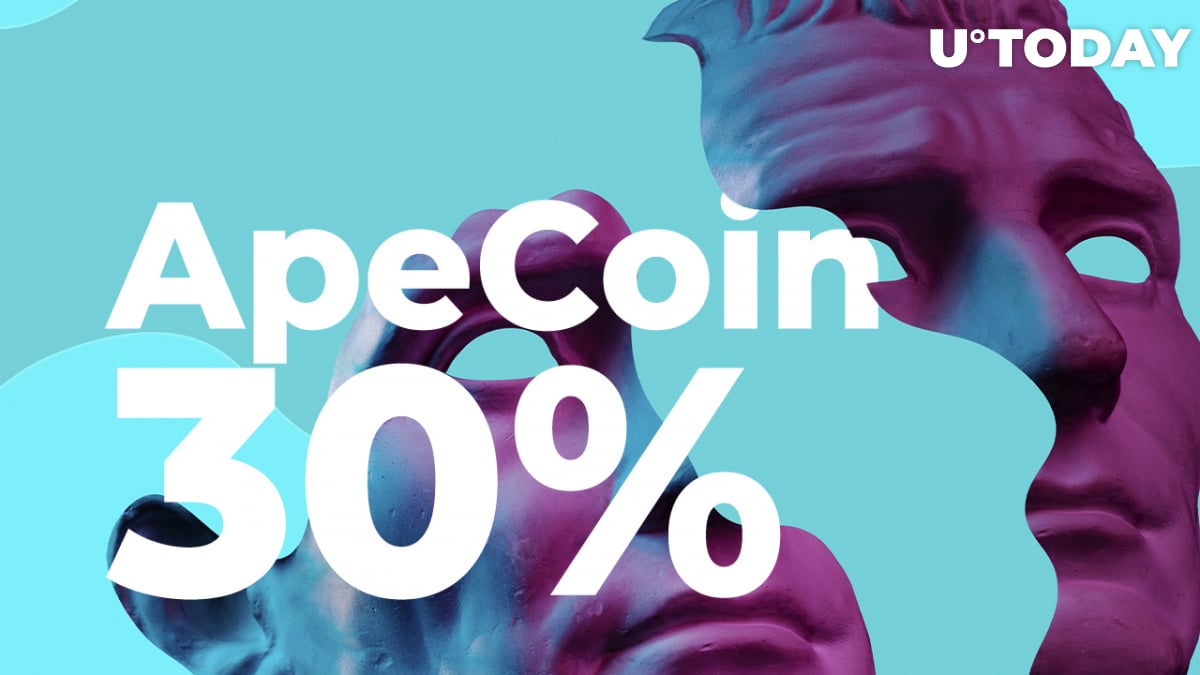 As more funds leave the cryptocurrency market, the NFT sphere is also losing a large portion of investments that were previously pouring into the market and helping random NFT collections to sell out completely. But while smaller collections are slowly dying, ApeCoin, a representative of the BAYC collection, is rallying once again with no fundamental reasons to do so.

According to the chart provided by TradingView, APE almost reached the all-time high during yesterday's jump to $16.7. Unfortunately, during the day, it retraced to $16.1, failing to reach the new all-time high or test the previous one.

Today's APE opening remains above yesterday's closing price, showing that traders might still push it high enough to break or at least reach the previous ATH. But besides reaching new records, APE may form a dangerous pattern called "double top," which usually marks the end of the bullish rally and sends an asset into a major retrace.

NFT industry is not the same as before

According to the volume on one of the biggest NFT marketplaces, OpenSea, the industry no longer attracts as many buyers as it did previously. The monthly trading volume on the platform decreased from $3.5 billion in February to $2.1 billion in April.

Besides fading demand, the number of new collections released is also slowly decreasing as the number of NFTs sold on the marketplace dropped by almost 50%.

The main reasons behind such a rapid drop in the number of NFT investors is most likely the lack of quality in most collections and a high number of scams including rug pulls, exploits and others. Besides the above problems, investors are also facing liquidity issues and losing up to 100% of their investments days after minting.