Anthony Pompliano Claims There is No Correlation Between Bitcoin and Stocks 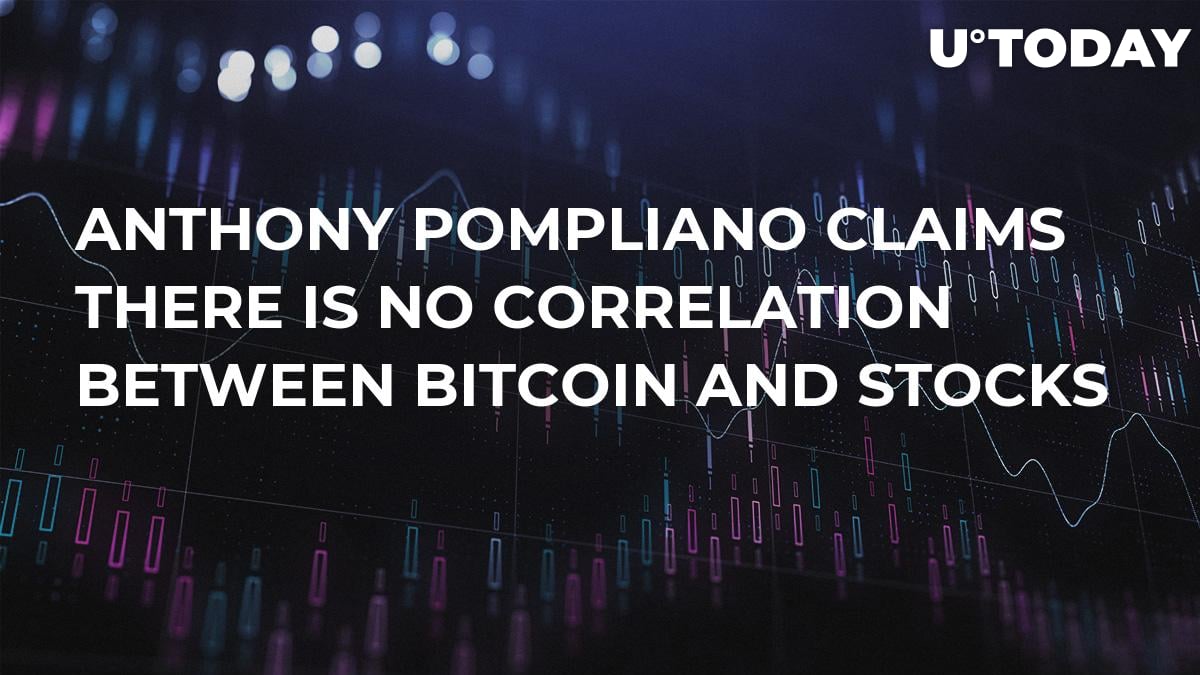 During a recent segment of CNBC’s Squawk Box, a famed crypto advocate Anthony Pompliano, who spearheads Morgan Creek Digital Assets, claims that there is no direct correlation between Bitcoin and traditional stocks.

Bitcoin is not correlated

On Christmas Day, U.Today noticed that Bitcoin and other major altcoins sunk in tandem with stocks – the DOW and the S&P 500 had a historically bad selling session. However, Pompliano (or simply “Pomp”) is certain that there is zero correlation between Bitcoin and traditional assets.

When CNBC’s Andrew Ross Sorkin pointed to the fact that many Bitcoin investors kept an eye on now-plunging global stocks before diving into crypto, Pompliano said the data proved otherwise. However, Pomp does admit that human psychology could be the reason behind the pull-down.

During Bitcoin’s most recent season of stability, global tech stocks were trumping the flagship currency by the level of volatility. CNBC contributor Michelle Caruso-Cabrera agrees that it is purely coincidental that Bitcoin owners also happen to own FANG stocks (Apple, Netflix, and Alibaba).

Every crypto-related CNBC discussion usually boils down to price talks, and this interview became no exception. Contrary to Sorkin’s expectations who expected ‘a bullish case’, Pompliano voiced his bearish prediction, claiming that Bitcoin could find its bottom under the $3,000 mark. Earlier, the expert predicted that Bitcoin could hit a whopping $50,000 by the end but later he did a U-turn, changing his uber-bullish prediction to a bearish one.

So, Bitcoin’s a fraud?

Caruso-Cabrera claims that Bitcoin price swings play right into the hands of Bitcoin defeatists, persuading people that Bitcoin is a fraud. However, Pompliano claims that Bitcoin, unlike the traditional financial market, is a very transparent asset, which essentially keeps it afloat. An increase in demand will subsequently result in supply (Economics 101), causing a major price hike.