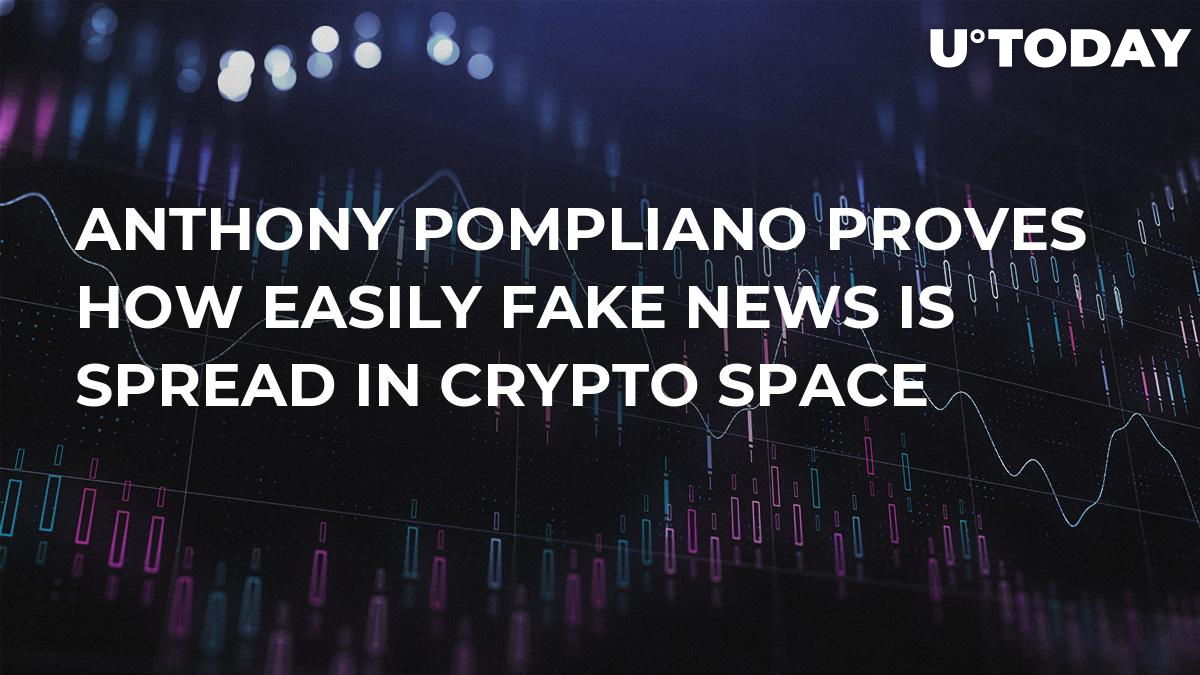 Anthony “Pomp” Pompliano, the founder of Morgan Creek Digital Assets, has recently conducted a little experiment on Twitter to show that fake news is rampant in the crypto space. He claims that there is a lot of inaccurate information labeled as facts that are quickly picking up steam on social media. Hence, Pompliano, according to his recent Medium post, decided to make a bogus tweet and present it as a real one.

The tweet should be believable and relatable, so he decided to post some false statistical data about the probability of winning Bitcoin. In order to get the maximum level of exposure, he tweeted the whole thing at 10 p.m., one of the peak times for activity on Twitter. 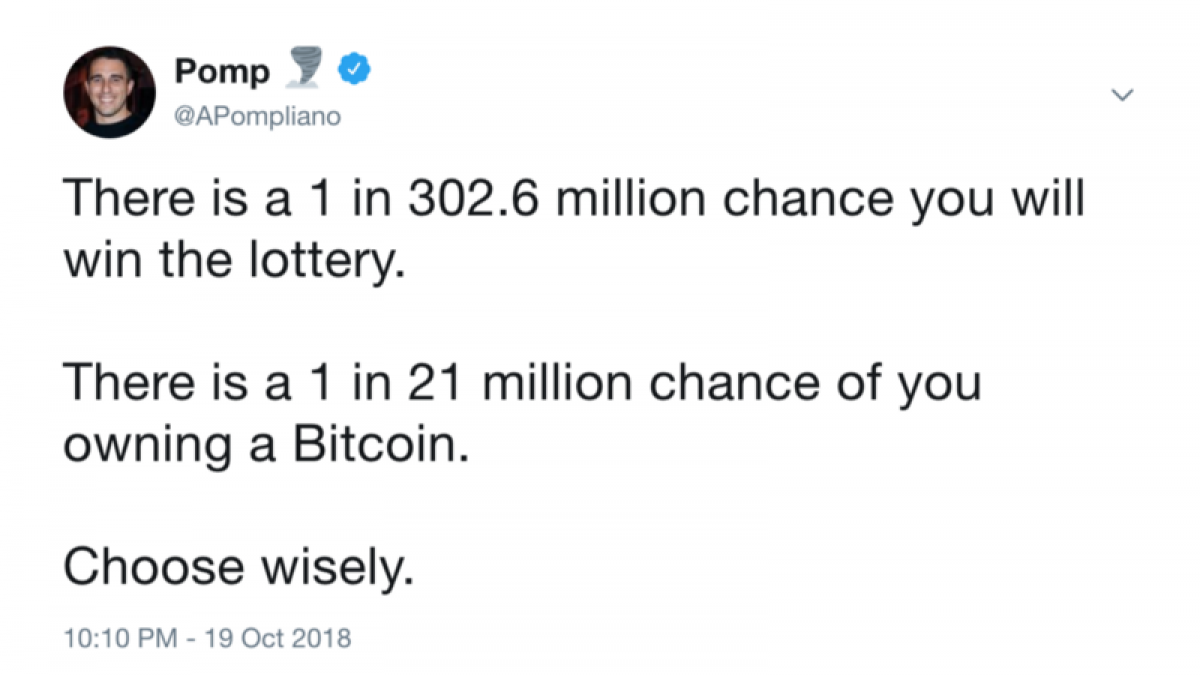 Eventually, the tweet managed to go viral, and the total number of audience surpasses 88,000 in just ten hours. While some of his followers didn’t fall into the trap, pointing to the inaccurate numbers or the absurdity of the comparison, the amount of retweets — nearly 400 people — remains alarming.