Analyst Claims Litecoin Has No Future: Here’s Why

Vladislav Sopov
The altcoin has maintained a positive image within the crypto world, bringing numerous innovations such as SegWit and Atomic Swaps. However, some analysts don't think so. 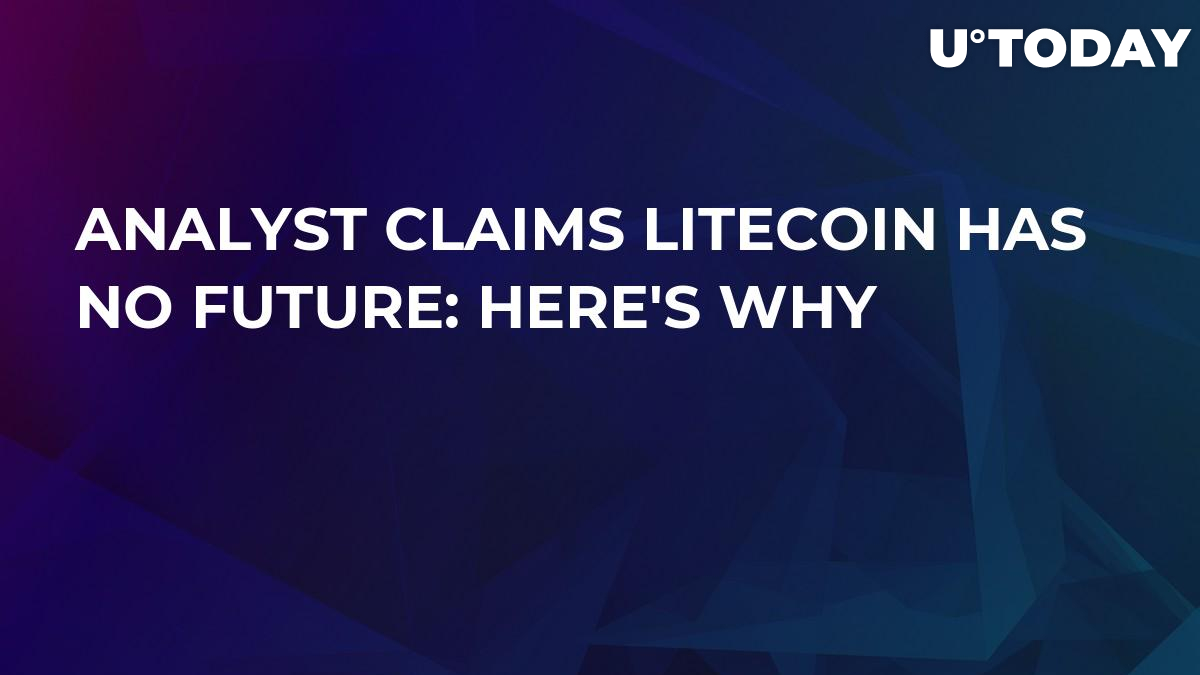 Analysts typically like to make big pronouncements about future cryptocurrency trends. However, it not every day that we get to hear a forecast that predicts the end for one of the oldest cryptocurrencies.

At the top of the Medium's "The StartUp", there was an article by developer and entrepreneur Sylvain Saurel. Mr. Saurel predicts the end of Litecoin (LTC) because the ideology behind it "will not last in time". Mr. Saurel goes on to say that despite the willingness of Charlie Lee to build the "Digital Silver", Mr. Lee's attempt to deliver the light and fast version of Bitcoin (BTC) will fail.

Mr. Saurel proclaimed three arguments. First, LTC has a weak point because it has someone in charge of the cryptocurrency. According to the author:

this mode of operation only reproduces the failures of the current monetary system, which is in the hands of a few people abusing their power.

Mr. Saurel also accused Mr. Lee of selling all of his LTC.

Mr. Lee treats LTC as a copy of its "big bro", BTC. Therefore, the LTC blockchain has all the vulnerabilities of BTC. For example, if some security breach is found in BTC, then this inevitably ruins LTC. Investors will simply avoid holding these two currencies simultaneously as it will hurt their portfolio diversification.

Finally, Mr. Saurel claims that BTC doesn't need a company in its adoption as market demand for another BTC will not occur in near future.

The stance by Mr. Saurel is debatable. From this perspective, every currency's non-anonymous governance would drop out it from the race. However, the Bitcoin Core team is mostly known. His second argument may unravel the progress of all BTC forks, including Bitcoin Cash (BCH), the most adopted real-world currency.

Finally, the message that BTC does not need a company sounds strange. The crypto world is a world of divergency and promising projects that evolve here and there. BTC will never be a "one-size-fits-all" cryptocurrency in terms of technology and adoption.

It seems that Mr. Lee pays little attention to such predictions. He is primarily focused on improving privacy in the Litecoin network with the means of the MimbleWimble protocol. Furthermore, the success of his last community-driven fundraising initiative calls into question the position of Mr. Saurel.

What do you think? Does Bitcoin have the chance of becoming the one and only crypto? Write your opinions on Twitter!