Yuri Molchan
Five days ago, the hard fork began to diminish the stability of the BCH network, and it looks like the coin will not get back to its previous highs in the near term 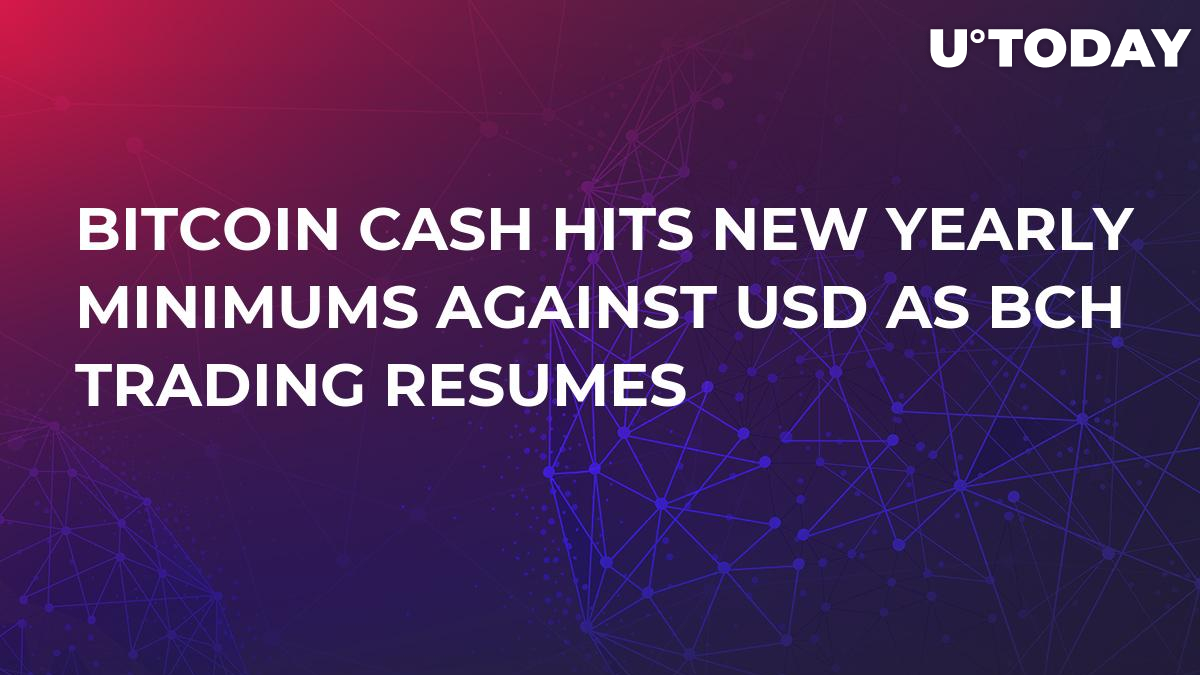 On Tuesday, Bitcoin Cash lost 40 percent more against the USD. It is worth reminding that the majority of crypto exchanges put their BCH trades on hold before the hard fork occurred and have now resumed them. Presently, the coin has reached a low of $237.14.

Analysts do not see anything hinting at a long-term recovery at the moment. The bearish movement of the asset has been getting harder with each passing trading session. The pattern forming on the charts is hinting at further drops. BCH paired with the USD has been following this pattern, going into free fall.

On Bitstamp Exchange, BCH used to hold at $409.36, doing its utmost, but after the coin dropped, this level turned from support to a resistance level. At the moment, BCH is feeling the $237.14 low as its new support.

Related
Bitcoin May Be Going Bust But Blockchain is Going Nowhere

Technical indicators in the overbought zone

Bitcoin Cash seems to be making a tiny recovery here, but this may well be just another drop approaching as is mentioned above.

The daily graphs are promising a downward movement, and the RSI is already showing an oversold market. Similar data is giving us the trend that the Stochastic Oscillator is showing. The index is now in the oversold area, too.

The temporary price movement of the BCH/USD pair clearly demonstrates that both Stochastic and RSI are overbought already. Charts are showing that the pair is forming one more bearish flag and is going to probe the $237.14 level as new support. Weekly graphs are showing that Stochastic Oscillator and RSI are expecting to correct, though are still trending in the bearish area.

What this may lead to

The current war between BCH (this is what many exchanges are still calling the Bitcoin Cash ABC chain) and Bitcoin Cash SV may well do a lot of harm to all of the crypto market. There seems to be no easy way out unless one of the sides chooses to surrender. The optimistic scenario, and quite an unrealistic one, too, is that both chains decide to make a reunion to the relief of the whole market.

So, once again, most exchanges are using the BCH ticker to mark BCHABC, thus meaning to show their belief that ABC remains the original blockchain and will keep leading and developing it.

However, some top exchanges still have not resumed BCH trading activity, making it hard for investors to start buying the new-old coin. Therefore, as soon as BCH pairs start trading once again in full, the situation in the market may start improving.