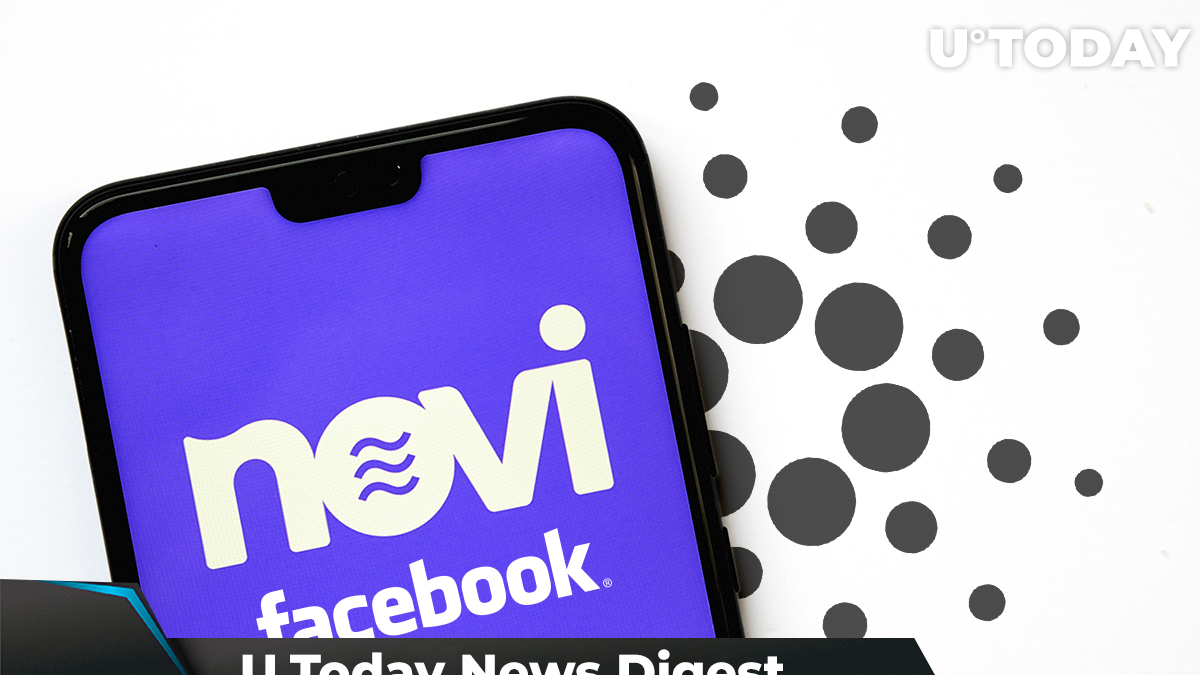 U.Today presents the top five news stories over the past day.

Record-breaking 10,000 BTC sell order has been filed on OKEx

Yesterday, according to TradingView, the BTC/USDT trading pair demonstrated a major trading volume spike on OKEx. As reported by Colin Wu, the spike was caused by order fulfillment on the exchange. Traders, however, did not notice the effect from the sell order since it has not appeared on the chart because it was “eaten” by the buying power on the market.

According to Santiment, Cardano traders and investors have begun to open more long positions as the altcoin market starts growing again and funding rates are picking up. With additional longs funded and the absence of selling pressure, the ADA price may rise further. Currently, only 61% of ADA holders remain in profit, which indicates that 40% of all holders have opened their positions for a higher price. On-chain data also suggests that more selling pressure might appear on the market once the price comes close to the previous ATH.

David Marcus, Facebook’s blockchain exec, has announced that the social media giant began rolling out its Novi digital wallet in the U.S. and Guatemala. Marcus hopes that the trial will be able to demonstrate a new use case for stablecoins. Notably, Facebook will be trialing its wallet with Paxos' Pax Dollar as a cloud of regulatory uncertainty continues to hang over its own stablecoin project.

Ripple CEO comments on prospects of XRP ETF in the U.S.

In his recent interview with Fox Business’s Charles Gasparino, Ripple CEO Brad Garlinghouse commented on the prospects of an XRP ETF launching in the U.S., lamenting the SEC’s picking winners and losers. Garlinghouse is still bothered by the SEC boss’s silence on the regulatory status of Ethereum. The Ripple CEO said that it is “ironic” how the SEC advocates for clarity on crypto regulation but fails to match its own standards.

Popular cryptocurrency exchange Gemini has long been seeking someone with “a broad demographic reach” who could educate people about crypto. The day has come: Gemini has teamed up with Mariah Carey, the best-selling female artist of all time with over 200 million albums sold worldwide. From now on, Carey will promote crypto awareness as part of her new partnership. In the latest video on Carey’s Twitter account, the singer says that one can buy only a fraction of Bitcoin and promotes “Cryptopedia,” Gemini’s cryptocurrency-focused educational resource.