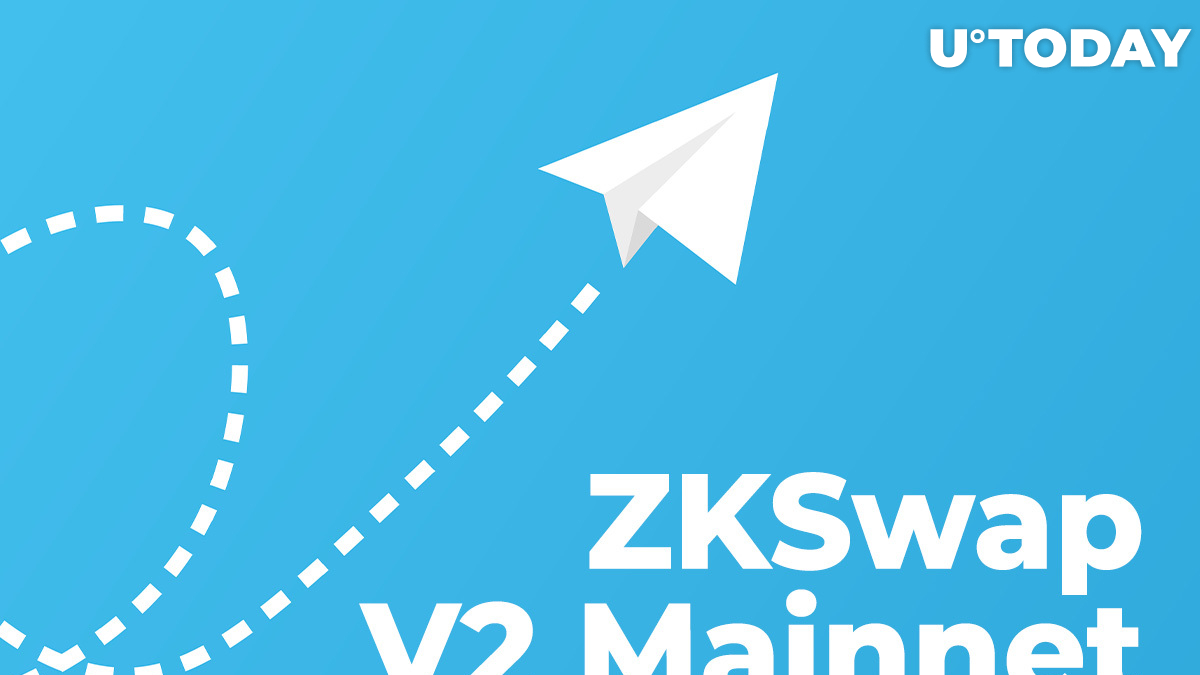 Earlier today, the team of ZKSwap, a new-gen decentralized swap instrument on Ethereum's Layer 2, announced that its mainnet version v2 is going live.

⏳ ZKSwap V2 will Drop in 48h!
? To celebrate we planned a nice Giveaway!
☠️But #ZKSwapDevs locked it in a Smart Contract
?It will only be released if we hit some Targets...

With the new release, Ethereum (ETH) enthusiasts will be able to add, exchange and transfer any ERC-20 token to the exchange, as well as deposit/withdraw them to and from an underlying Layer 1 blockchain (Ethereum mainnet).

The time required for interaction between Ethereum's Layer 1 and Layer 2 was never so negligible; this is crucial to the trading experience. This feature reduces slippage and ensures the timely execution of orders.

Such an impressive throughput becomes possible due to the implementation of ZK-Rollup architecture, which allows for the bundling of hundreds of swaps into a single transaction. ZKSwap also sticks to a gas-free fee mode: up to 50 transactions per day for every single user can be processed without any fees. Users are charges gas only when withdrawing their tokens back to Ethereum's (ETH) Layer 1.

Also, with this release, every user can list his/her Ethereum-based token on ZKSwap's trading spot. This massively increases the volume of liquidity available on the platform and democratizes token offerings for early-stage projects.

Alex Lee, head of development at ZKSwap, stresses that this release is set to overcome major bottlenecks the Ethereum (ETH) ecosystem is struggling with:

With ZKSwap V2, we're also aiming to make DeFi more accessible to the masses. Gas fees and network congestion are two major barriers to DeFi adoption, especially on Ethereum (ETH), so we are helping solve for scalability and usability by offering a more efficient solution for the network and its users.

Cross-chain support is in the cards

As ZKSwap progress breaks into its second mainnet iteration, it announces the next breathtaking milestone for the project, a cross-chain support release.

Cross-chain functionality will be added to ZKSwap instruments in the coming weeks, according to team representatives.

ZKSwap enters its V2 epoch amidst an unmatched spike in interest in the project by the Ethereum (ETH) community.

Namely, since the inception of V1 mainnet operations in February 2021, the ZKSwap audience rocketed to 87,000 users with a 50 percent increase in June. The protocol amassed more than $11.5 billion in net transactional volume processed by its routers and liquidity pools for a variety of ERC-20 tokens.