XRP Price Prediction: $0.5 Target Will Be Hard to Reach – Where Are Bulls Hiding?

Alex Dovbnya
?Ripple price predictions from Twitter users: When will XRP start growing, and which XRP trading pairs are the most profitable?? 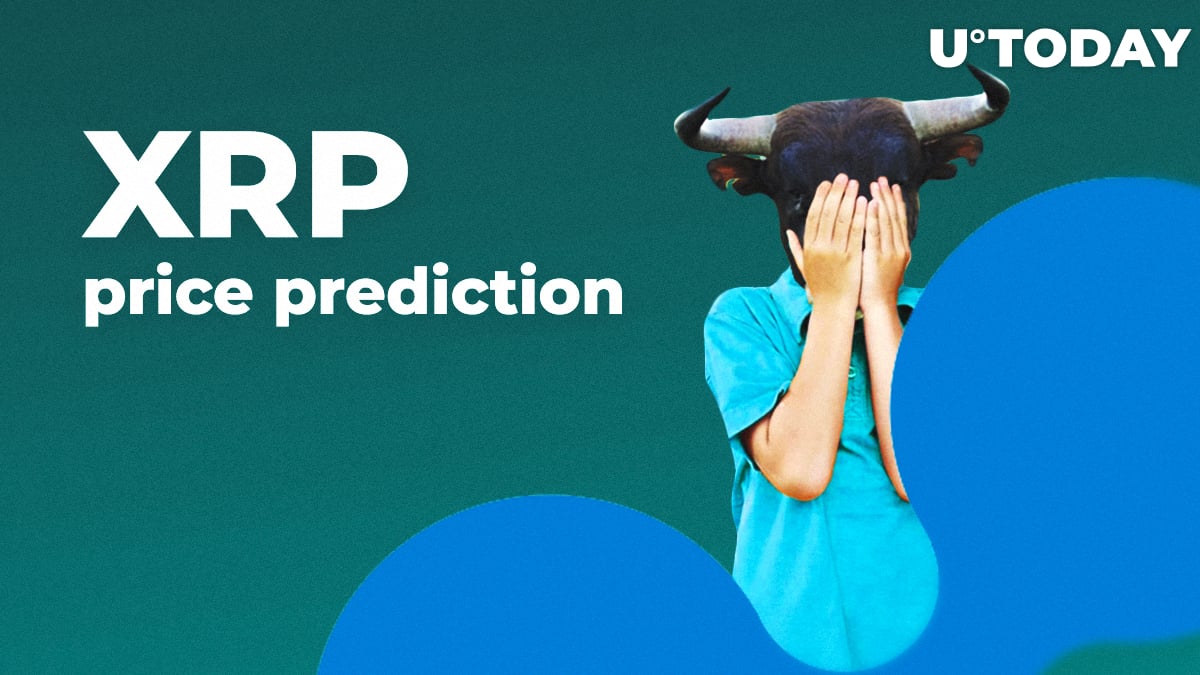 Unlike other altcoins, Ripple hasn’t moved much during the major market bull run. What’s wrong with it? How come one of the most technologically advanced cryptocurrencies is left aside? While crypto pundits are making their guesses, traders come up with Ripple (XRP) price predictions and theories. Let’s read them to understand what are the prospects for XRP growth, and what bulls have prepared for Ripple.

Where are the bulls?

Looking at several XRP price charts, we can see that Ripple doesn’t stay in one place if compared to Bitcoin’s value. There’s the possibility of an Adam & Eve pattern formation and a bullish run for the XRP/BTC pair:

First chart on this one.

On $USD pair it broke out upwards and currently facing a downtrend.

Have been lacking behind the majors lately, however it's good now. pic.twitter.com/VB6U6tNxrA

Most probably, the pump will happen a bit later, because at the current moment, Ripple is dumping:

One more piece of proof that XRP feels good at the bottom:

Ripple appears to be targeting the 1W level at 6239 sats. pic.twitter.com/M1a20gzq9A

Some traders are truly disappointed in XRP:

Nothing is for sure in trading but if this is not going up i stop with trading #xrp #ripple pic.twitter.com/yzRlZkQeJa

It’s not as bad as it seems

Although Ripple seems to be stuck, it’s simply moving up in its channel. Very slowly, but steadily. The XRP/USDT pair is not an exception.

Oh! So this is the storm... Hodling tight? #xrpthestandard pic.twitter.com/MllUm0NPun

Here’s more proof that Ripple will surprise us with its moves:

Some are sure that Ripple is simply gaining traction, and once it reaches the momentum, its growth will be significant:

A ray of hope:

I know, I know, it's ripple. But price just tapped the EQ of daily demand, is still oversold and forming a mega bull div. pic.twitter.com/vl8o40dgW2

We still believe that when financial organizations start adopting Ripple massively, its value will peak.

The next financial crisis will be huge! Banks tested XRP years ago and implemented the blockchain technology to the already EXISTING financial system. XRP/#crypto is here to help the world! ?

Banks will use digital currencies in 2019! $$$/XRP#xrpthestandard #Ripple #crypto pic.twitter.com/d8QYhR2M4B

A number of moves in this direction are being made. Step by step, Ripple can make its way to the top:

#xrp #ripple #XRPcommunity#xrpthestandard #crypto#xrpthebase
And again more good news about XRP.
I wonder how long the xrp price will stay at 0.35. Not for long?
UQUID Adopts XRP for Payment of Insurance, Mobile Credit  https://t.co/Zul2PdH4cC

Ripple’s belated price growth may surprise us when we aren’t expecting it. At the moment, it is just accumulating power and support, so don’t rush to sell your XRP reserves, if you have them.